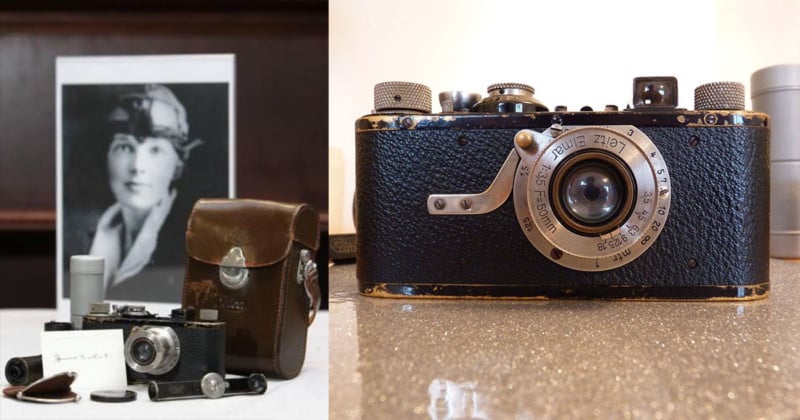 Amelia Earhart, the first female pilot to fly solo across the Atlantic, disappeared while flying the Pacific over 80 years ago, but fascination over her story remains strong to this day. And now you might be able to own a little piece of her history: a Leica purportedly owned by Earhart has appeared on eBay.

The camera was listed by photography enthusiast Ian Macdonald (eBay seller name lockesboy), who has a stellar reputation of 100% Positive feedback from roughly 1,300 ratings. According to the listing’s description, the camera has been in the seller’s family for 85 years. 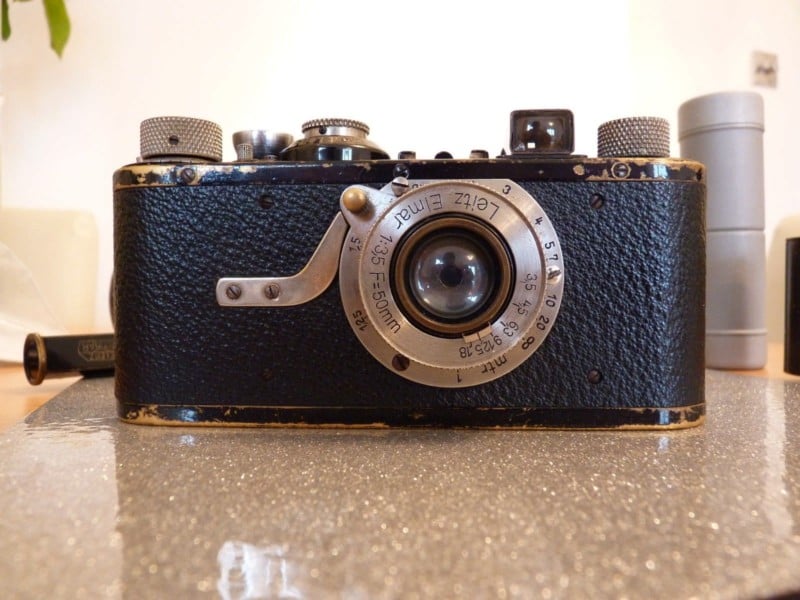 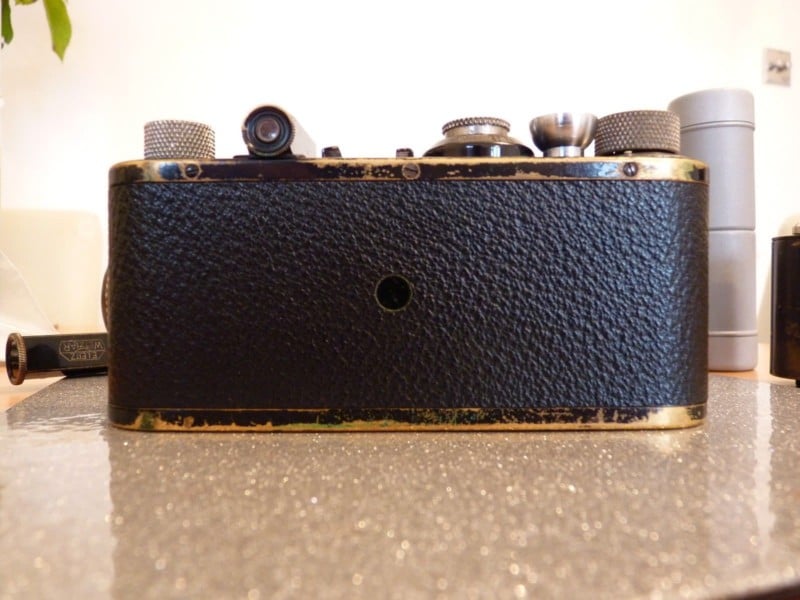 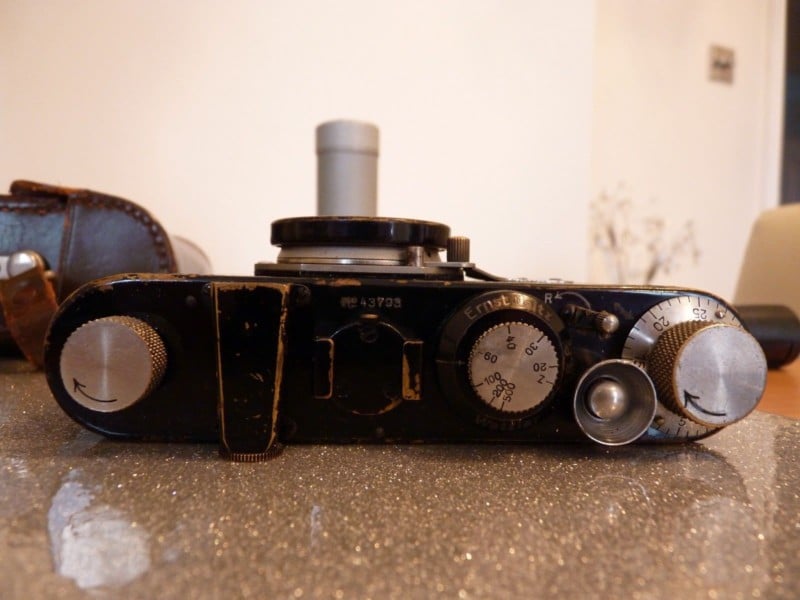 “I’m selling Amelia Earhart’s camera which was gifted by her to a family member in 1933 after returning back from a trip to Chicago with her husband,” Macdonald writes. “The camera has been in my family possession since that time and has been in long-term storage, the camera appears to be working correctly.”

“The black paint camera, which was made in 1929, is thought to have been given to owner Ian [Macdonald]’s grandfather Wullie Macdonald when he worked for a cleaning firm that collected laundry from hotels and homes in New York,” wrote the Evening Times in 2017. “One of his jobs was to collect clothing from Earhart’s house in Rye and during a visiting in 1933, he commented on the aviator’s camera.”

The camera was part of a collection of cameras Macdonald sold through McTear’s Auctioneers in March 2017. After originally having an auction estimate of £10,000-£15,000, the camera went unsold.

The camera comes with a card that appears to have been signed by Amelia, who included the personal signature with the camera when it was gifted. 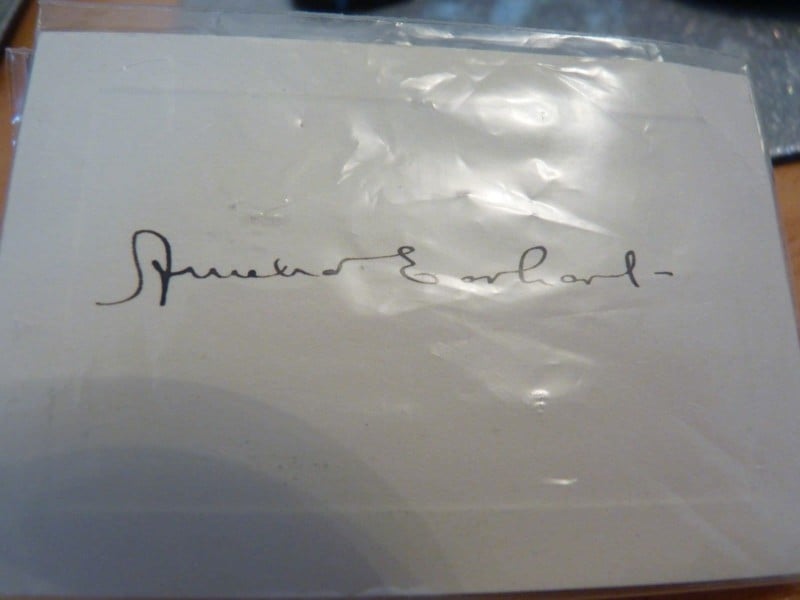 To our eyes, the signature on the card does look identical to known signatures that can be found across the Web: 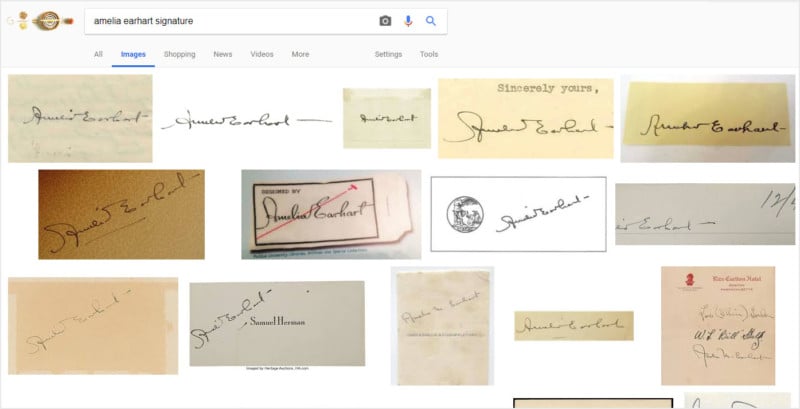 “Everything is authentic, I’ve known this camera all my life,” Macdonald says. “I would like the camera to go to a museum if possible.” 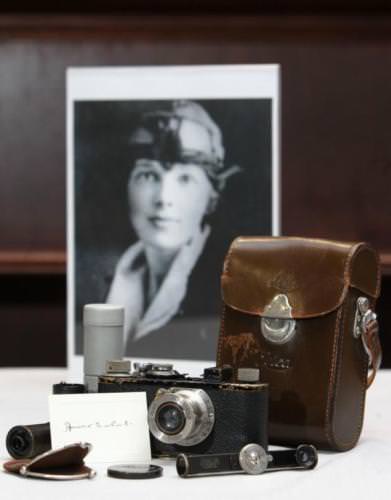 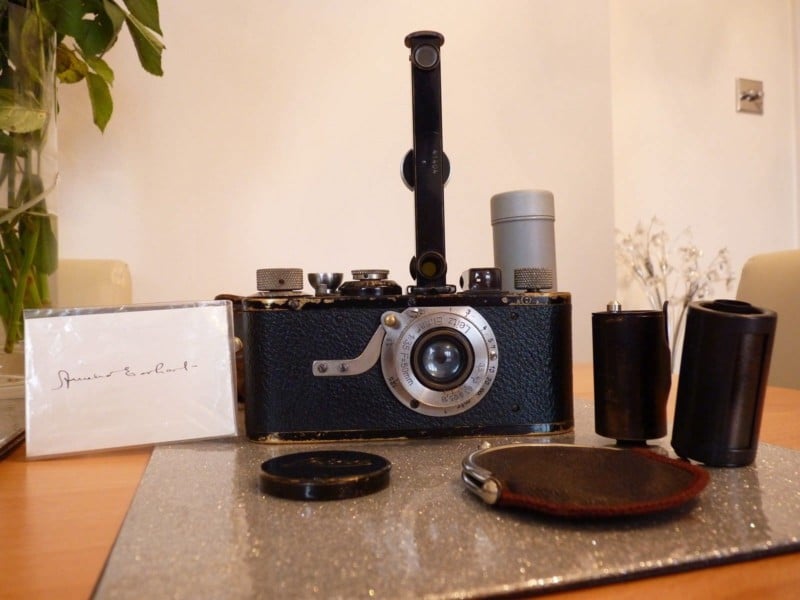 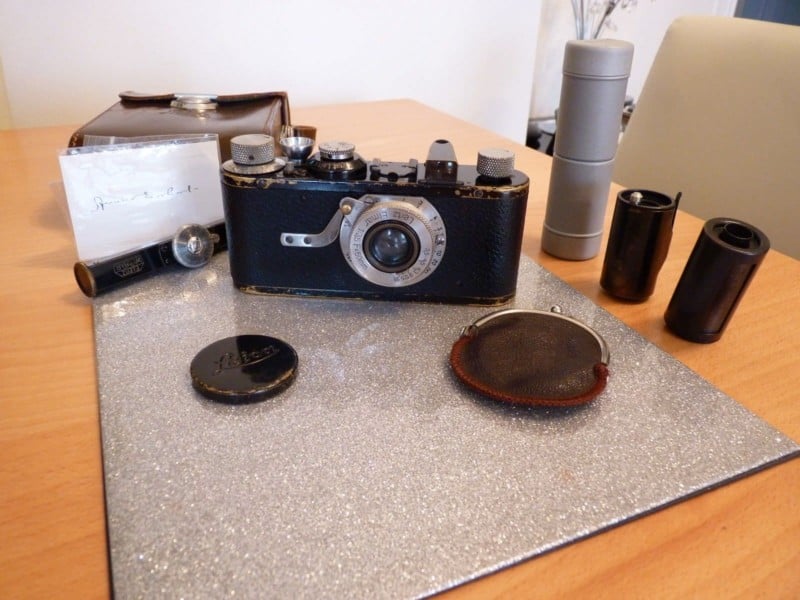 The one glaring issue, however, is that the provenance for this camera is relatively weak — it hasn’t been independently authenticated by anyone, and Macdonald acknowledges that fact, saying:

Please note I have absolutely nothing to prove that this was in fact Miss Earharts Camera and research would need to be done to confirm such, I have absolutely no idea how to do that myself. From memory over 40 years ago my Father told me that she found it fiddly to load, Miss Earhart may have studied photography, my Grandfather had said as much and described her as a keen photographer , she preferred a Kodak folding camera as I recall being told, she was also described as very nice and down to earth […]

I do understand that provenance is an issue. If I had that the camera would be worth Millions, not thousands. I had Bonhams Auctions out in 2016 who said as much when they inspected the camera.

If you’re willing to take a gamble on the camera and have it authenticated afterward, you can head over to the eBay auction and buy the camera now for £50,000 (~$69,900).

(via eBay via Leica Rumors)