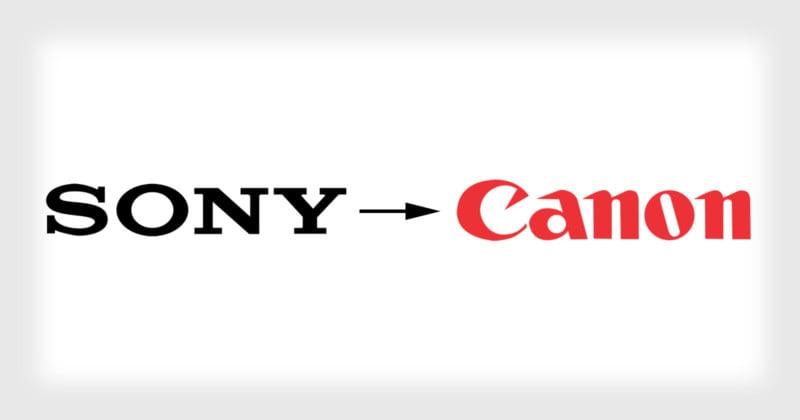 There are many reasons why people may like one brand of camera equipment versus another. And if you ask a room full of photographers which camera manufacturer they like the best, and why, you will often get a wide range of responses and opinions.

Often the reason for choosing a particular brand or camera is based subjectively upon one’s own specific photographic needs. Other times the reasons may be purely objective.

But in this article I am going to cover the 5 main reasons why I recently switched back to shooting with Canon from Sony, a mix of both subjective and objective reasoning, but first I am going to give you a bit of my own personal camera use history over the last two decades.

I myself have been a Canon shooter for about 20 years. I also shot with a medium format Hasselblad film system for quite some time, up until 35mm DSLR cameras reached the 16MP level with the arrival of the Canon 1DS Mark II in 2004. Then, in 2006, I left film and went fully into digital.

I have owned at least 5 different Canon camera models over the years, until, in 2016, I decided to take a wider look at camera technology and took a leap in a totally new direction.

At that time I felt there was no point in continuing to stick with only one brand, especially if there were other cameras coming out that could now do things better and that would improve my work.

From mid-2015 through to early 2016, there was an increase of new cameras released from various brands, many with new features and functionality, a lot of it in the area of video, and some of which seemed to be pulling well ahead of Canon. One of those companies at the time was Sony, and they are still one of the main competitors to Canon in a lot of ways, through to this day.

I was also starting to get more into video projects, which is where Sony mirrorless cameras seemed to really excel over Canon, and while offering a wider range of features and functions. Plus I was wanting a more lightweight camera setup that would be easier to carry around for capturing still photos while traveling overseas.

It was then that I made the move into a small Sony mirrorless camera, the Sony Alpha a6300, which has some great features, for very little money, and gives you a lot of the things which Canon didn’t really yet offer at the time.

The a6300 (now only $900), gives you a very lightweight/portable body with the ability to shoot 4K video, continuous autofocus for video, 11 frames per second when shooting 24MP still raw photos, and a few other interesting features. Plus I was able to buy a very good lens mount adapter for Sony E-Mount cameras (made by Metabones) which allows me to use the Sony a6300 with all my existing Canon EF mount lenses as well.

At the time I was still shooting with a Canon 5D Mark II as my main workhorse (which was already considered an older body at the time), and this was also in early 2016 when the Canon 5D Mark IV had not been released yet. So it felt like Sony had made a quantum leap forward ahead of Canon in terms of technology, offering better value for money, and some of the new features I was really wanting for video at the time.

Fast forward now to 2018, I have been shooting with Sony for 2 years, I am now also shooting with a Canon 5D Mark IV as my main camera body, which offers some of the functions the 5D Mark II was missing, and I can honestly say there are a number of areas where I feel Sony cameras still really fall short.

Following are the 5 main reasons why I have now gone back to shooting with only Canon (though I plan to still use the Sony a6300 as a lightweight travel camera).

Canon surely has better continuous autofocus tracking for video. All you do when the 5D Mark IV is in live view mode is tap on your subject on the back of the LCD preview screen and you’re done. It then tracks the subject wherever it goes within the frame.

Canon has a function on the Canon 5D Mark IV for shooting video using a built-in flat picture profile to increase dynamic range. This means less blown out highlights and less detail lost in the darker shadows. The function is called “Canon Log” or “C-Log” and it gives you a total of 14 stops dynamic range to work with when color grading your video in post. Sony has their own SLog2 and SLog3 flat picture profile camera settings too. But in my opinion, Sony’s SLog can’t compete with Canon Log in terms of either dynamic range, or the ability to restore accurate colors in post later on. 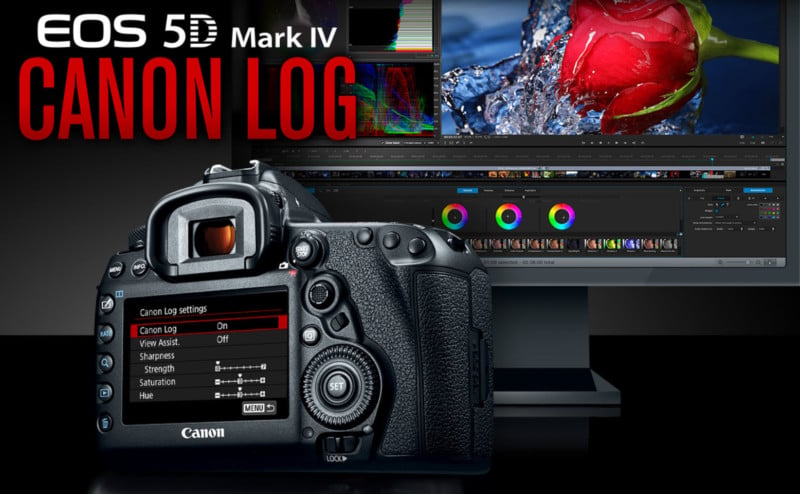 Overall, I feel Canon has much better color rendition when it comes to reproducing colors and providing natural hues in the way we expect them to look. I have spent a lot of time editing Sony video footage trying to get it to look right in post. When I shoot video with Canon Log though I simply apply a LUT (a Look Up Table file created and supplied by Canon) to my Canon video files in post and, with basically just one mouse click, I get more or less perfectly color graded Rec.709 footage. Something I can say isn’t as easily achievable with Sony.

Sony has never been praised for their ease of use when it comes to their expansive and confusing menu systems, but it was something I tried to get used to and live with. Although one can learn how to work with the Sony settings, there is still nothing like Canon menu settings for me, which I find to be so easy, simple, intuitive and fast to work with.

One of the most important things, something often less emphasized by others, is how a camera feels in your hand when shooting. When I am clutching a Canon DSLR, I always feel like it is just the perfect fit and feel, which gives me a relaxed confidence when shooting. This is something that is very necessary in my opinion in order to stay focused on what you are shooting, and without being distracted by the awkward or uncomfortable shape of a camera that you don’t like.

Although much of my experience, and general conclusions in this article, were based upon the performance of a mid-level Sony a6300, the a6300 does have a very advanced video feature set that is worthy of being compared to the functionality of the Canon 5D Mark IV. I also reached the same 5 conclusions about Sony cameras after working with their higher priced Sony A7R II as well. I realize Sony just made some recent improvements to autofocus and dynamic range for 4K video in their newer A7 Mark III and A7R III bodies, however this isn’t enough to inspire me to reach for either of those too. Color science for video, Log functionality, and menu usability are still issues I feel that Sony can’t seem to improve enough upon.

At the end of the day, everyone has their own ways of working and their own tastes in camera gear. So I am very happy if many people really like shooting with Sony and don’t agree with my opinions. I am not trying to change anyone’s mind here or sell you on Canon. But I did want to share my own observations and experiences with you.

There is also no right or wrong in terms of what one feels most comfortable shooting with. It is really up to each individual to decide what works best for them and that is why there isn’t just one flavor of camera out there.

But what is most important, when you are working with a piece of camera equipment in your hand, while having various other variables to think about all at once – things like lighting, subject, background, composition, angle, and exposure – is that you have a tool in your hand that you feel is solid, reliable, responsive, and not going to slow you down, hinder your concentration or get you lost in menus and settings right as you are trying to produce your best work.

For me, I feel that camera is still a Canon at the moment.

Update: Thank you everyone for all your great comments. To answer a few questions, I shoot mainly with the Sony 16-70mm F/4 lens, along with a few non-native Canon lenses for longer focal lengths.

For all the comments about making a comparison of two different levels of camera models, please note that in the article I clearly stated that I’ve shot with the A7R II as well (also no touch screen either, like the a6300) and that all my same opinions apply.

I further mentioned Sony has made improvements to dynamic range on video and to auto focus on the A7R III, but that it still doesn’t change my overall opinion of working with Sony cameras.

The A7R III is also a year newer than the 5D Mark IV. So not quite a pararell comparison based upon age. The a6300 and the 5D Mark IV at least came out within the same year, both in 2016.

Regardless, I still prefer Canon menus, ergonomics, weather sealing, the Canon Log profile, Canon’s color science, and the overall ease of color grading of Canon footage. Canon’s fast and easy EOS Utility software is also very handy for tethered laptop shooting. Lastly, Canon Log does give up to 14 stops of dynamic range on the C200 and C300 at ISO 400 and above, but only 12 stops on the 5D Mark IV. Sorry for not clarifying this in the article.

I salute all of you though who may prefer Sony over Canon and for each of your own personal reasons.

About the author: Marc Schultz is a travel and commercial photographer who writes a blog about various aspects of photography during his free time. The opinions expressed in this article are solely those of the author. To read more of his writing visit the Marc Schultz Photography Blog. A similar version of this article was published on Marc’s blog.

335-Acre Wildfire Sparked by Drone That ‘Caught Fire’ Upon Landing