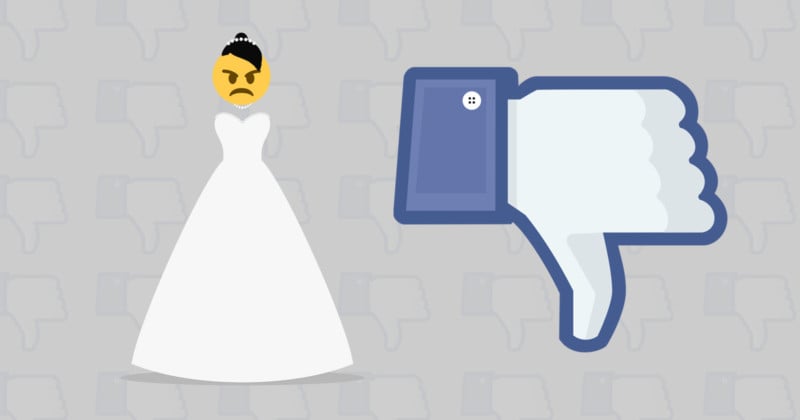 Liao had reportedly been upset after seeing proofs of pre-wedding photos after signing a $6,064.80 contract for Chan’s services in 2015. Liao had asked Chan to shoot the photos herself — something that wasn’t specified in the contract — but Chan instead delegated the task to another trained photographer.

Liao and Chan then reached an impasse when Liao refused to pay the remainder of the agreed balance, forcing Chan to withhold photos that had been shot. Liao proceeded to sue Chan in small claims court, but she didn’t stop there: she also began publishing “disparaging comments” on blogs, forums, and social media services (e.g. Facebook, Weibo, Wechat, Blogger).

The comments stated that Amara Wedding “was a major scam shop and deceitful photography mill business engaged in extortion, dishonesty, unfair practices, bait and switch and other dirty tactics, lies to its customers who it tricks and coerces to enter into contracts which it breaches and attempts to falsify, had provided raw unfinished photographs under the guise of the finished product, had destroyed evidence, used a secret, fictional identity and had threatened the defendants,” writes Justice Gary Weatherill.

After the posts went viral, Chan’s business withered up until she was unable to attract new customers. The business was officially closed up in January 2017.

“This case is an example of the dangers of using the internet to publish information without proper regard for its accuracy,” Weatherill writes in his decision. “Emily, and others who think it is acceptable to use the internet as a vehicle to vent their frustrations, must be given the message that there will be consequences if their publications are defamatory.”

The Sony a7 III Has Amazing Low-Light Performance

Fuji Raw Processors Compared: There’s a Lot More To It Than Image Quality