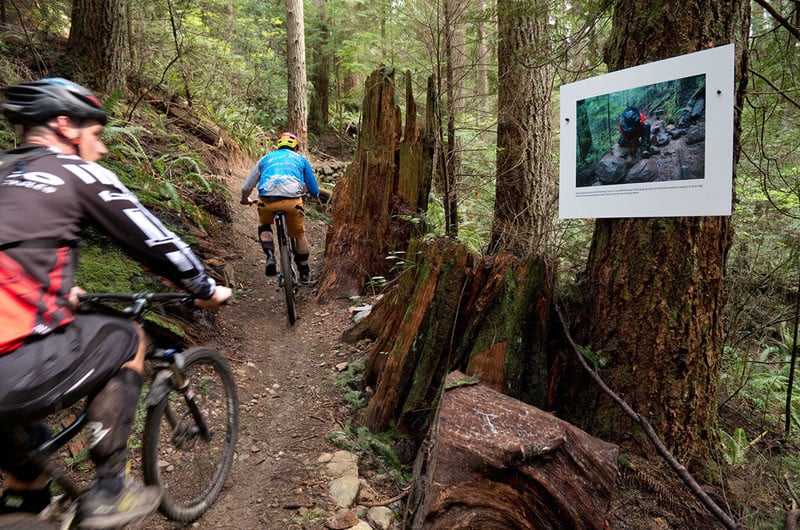 Over in the mountains near Vancouver, Canada, you can visit a photo exhibition in the great outdoors. After documenting the creation of a new mountain biking trail, photographer Euan Forrester turned that new trail into a gallery to share the images.

The Vancouver-based photographer spent 9 months photographing two trail-builders creating the new biking trail from scratch. Here are a few of the images in the series, titled “Evidence of Trail Fairies“: 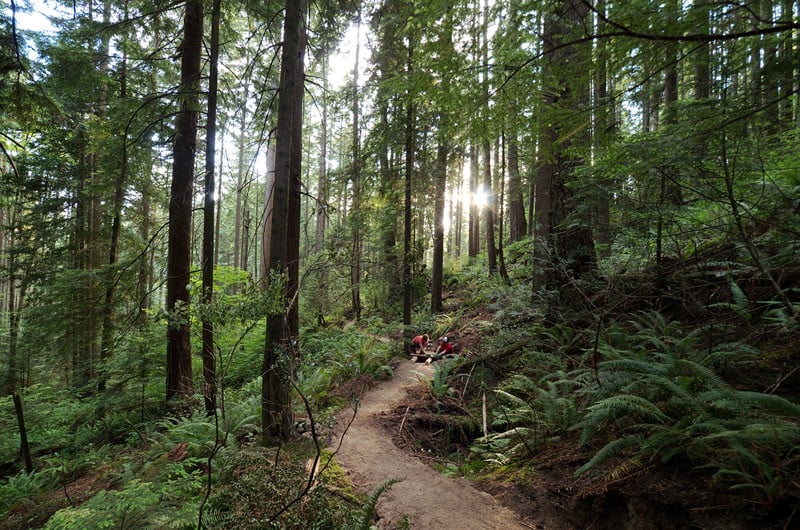 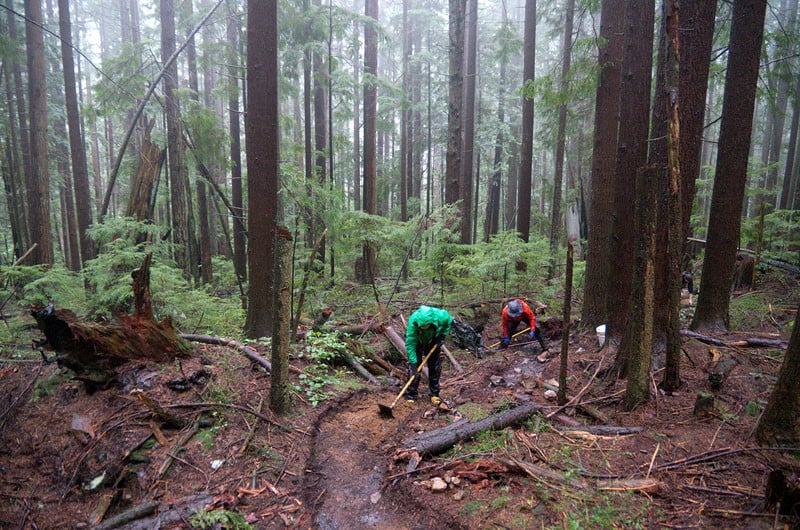 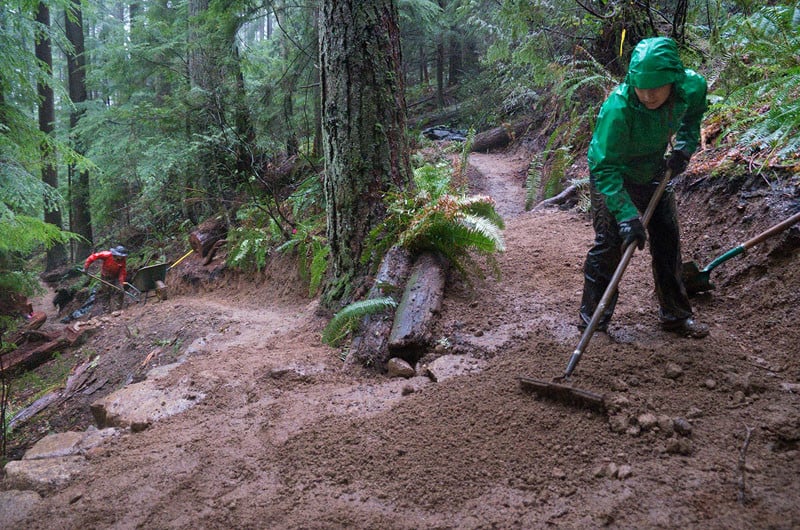 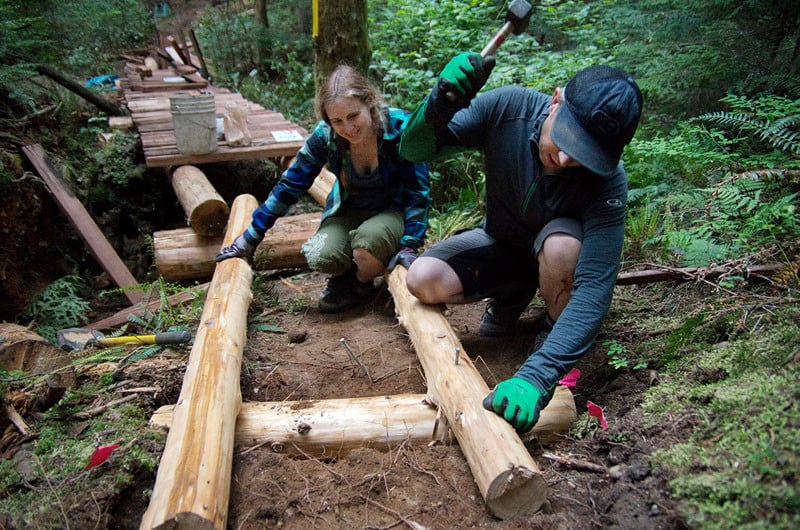 After the trail and photo project were complete, Forrester decided that he wanted everyone using the trail to be able to see how it was created as they’re using it.

He chose 20 of the best images and made large weatherproof prints of them with UV-resistant ink, a hard plastic material, and lamination. The photos will be out in nature for about 3 months, until September 2016, but they’re supposedly able to withstand about 6 months.

In all, builders Martin and Penny put in 754 hours and 481 hours, respectively. Including volunteers, the total build effort involved 1882 hours. 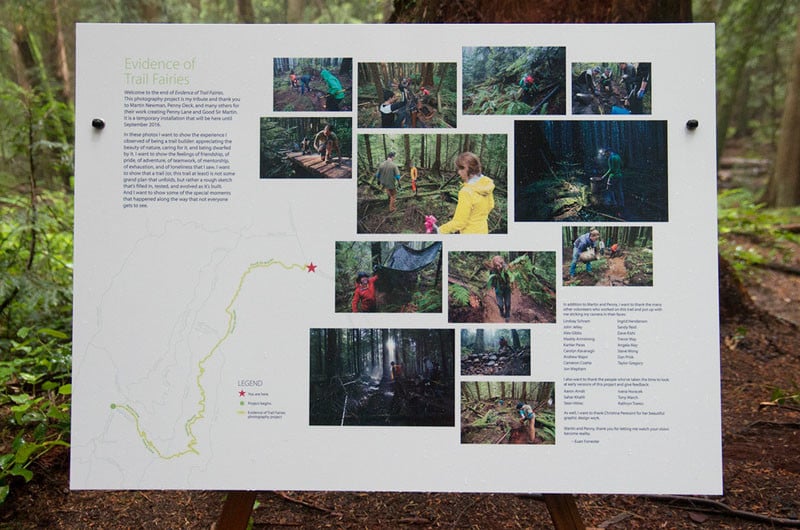 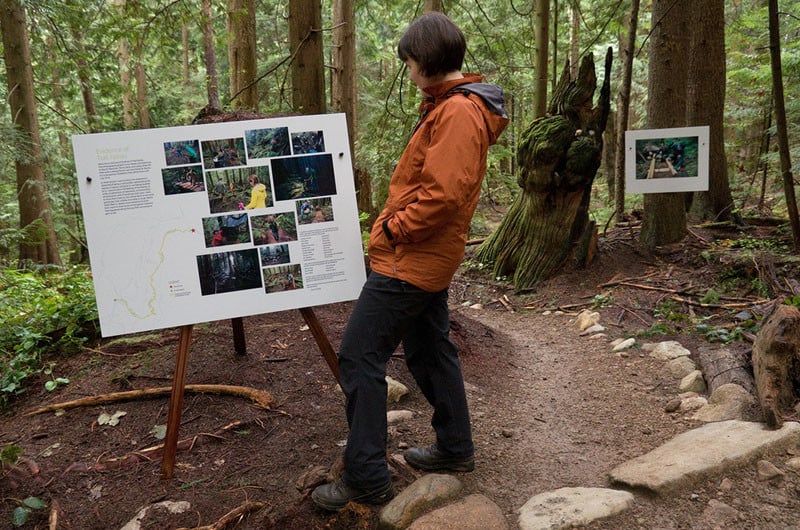 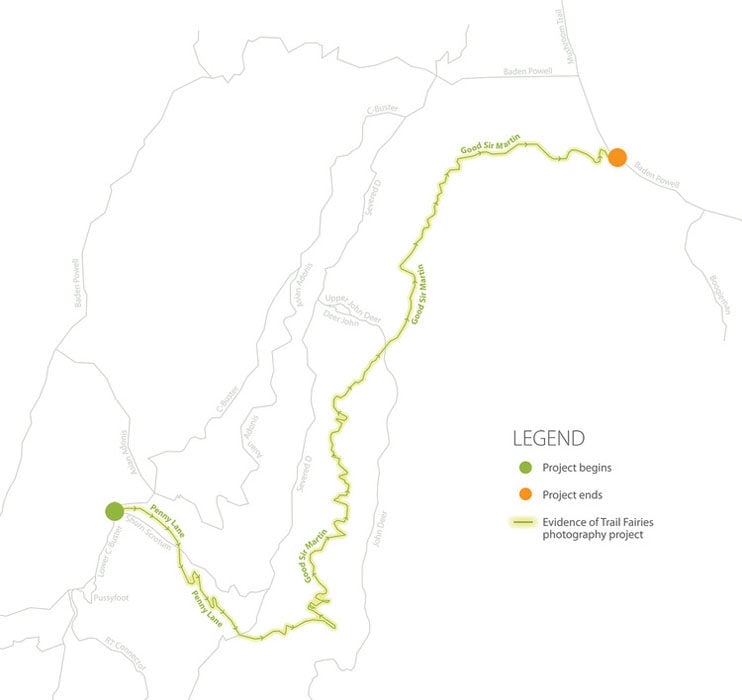 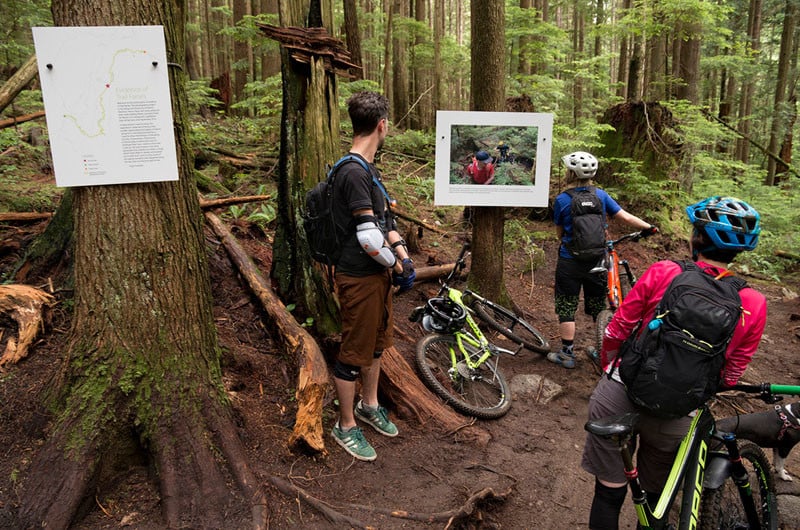 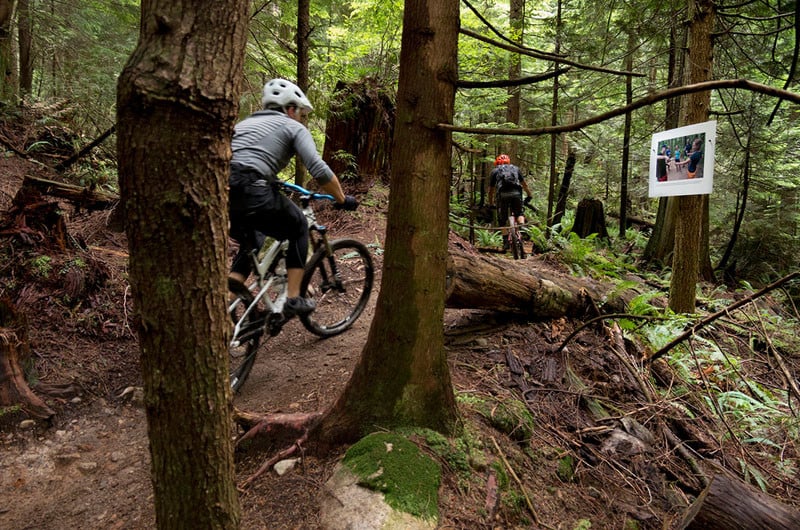 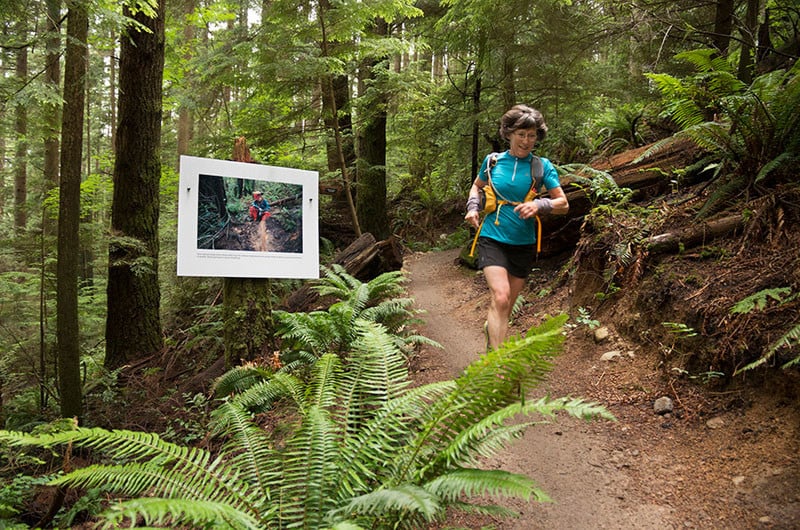 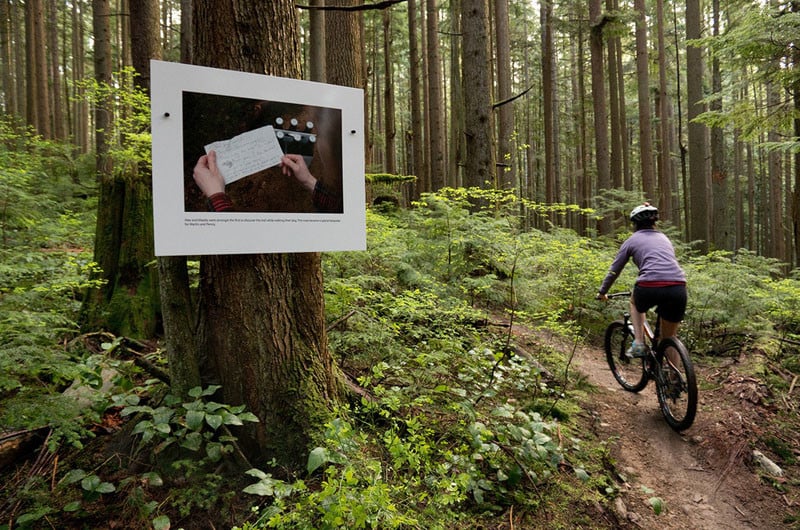 “I think that by placing a small number of photos in an unexpected location that’s free of distractions, where people will encounter them again and again as they go on different hikes or rides, I’ve created an interesting way of experiencing the photos,” Forrester tells PetaPixel. “It’s different than the usual method of clicking through large numbers of photos online, never to see them again.”

If you’d like to visit the exhibition in person, you can find the photos along the Penny Lane and Good Sir Martin trails on Mount Seymour.

Image credits: Photographs by Euan Forrester and used with permission

A Beginner’s Guide to Canon and Nikon Lens Abbreviations

Capturing Portraits of Olympians with an 8×10 Wood View Camera