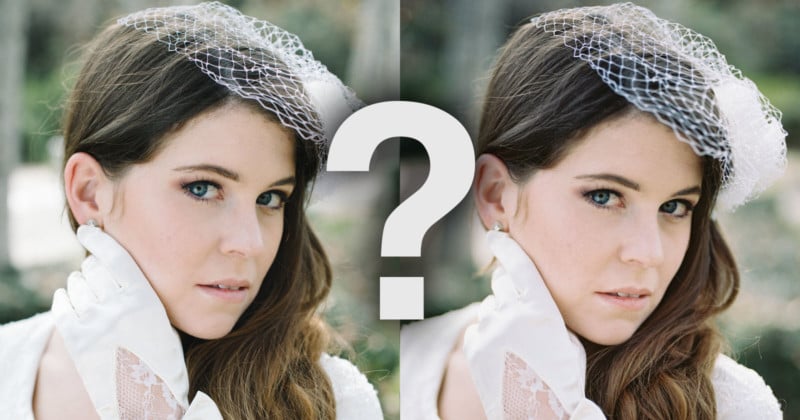 It’s an age-old question: why do people shoot on film? Can you tell the difference between film and digital? Is it enough of a difference to warrant the high cost of shooting film? Or is it just a fad? We are here today to hopefully answer some of these and more!

Who is Shooting Film?

The main group of people who are shooting film commercially is wedding photographers. Some shoot on film exclusively, while others take a more hybrid style where they will shoot digital and film.

What are the benefits of such a system? Many people think there is a certain aesthetic and look to film that digital can never achieve. However, digital usually provides more dynamic range and flexibility in post most of the time, which can be crucial when dealing with once-in-a-lifetime events.

We wanted to see if you could really tell the difference between digital and film or if it was just a preference thing for those pure-bloods out there. We will be shooting black and white film and color film and comparing them to our digital images.

We went on location to shoot some ‘wedding style’ photos with a lovely talent. It’s the Nikon D850 (most say it is one of the best full-frame DSLR cameras you can buy right now) acting as our digital camera. We are shooting Kodak Portra 400 and Tri-X 400 on the Hasselblad 500CM and the Pentax 645N.

Side note: we are not shooting full frame film. We are shooting on medium-format, which is the typical format that most wedding photographers and professionals use. It’s still going to be a great comparison because medium prints look gorgeous!

After coming back from the field, we processed our photos at Richard’s Photo Lab in Santa Clarita. We also used the VSCO Film 1 presets to match the Nikon to our film scans. We had to do some extra tweaks here and there to get them just right, but take a look for yourself. Can you tell the difference? 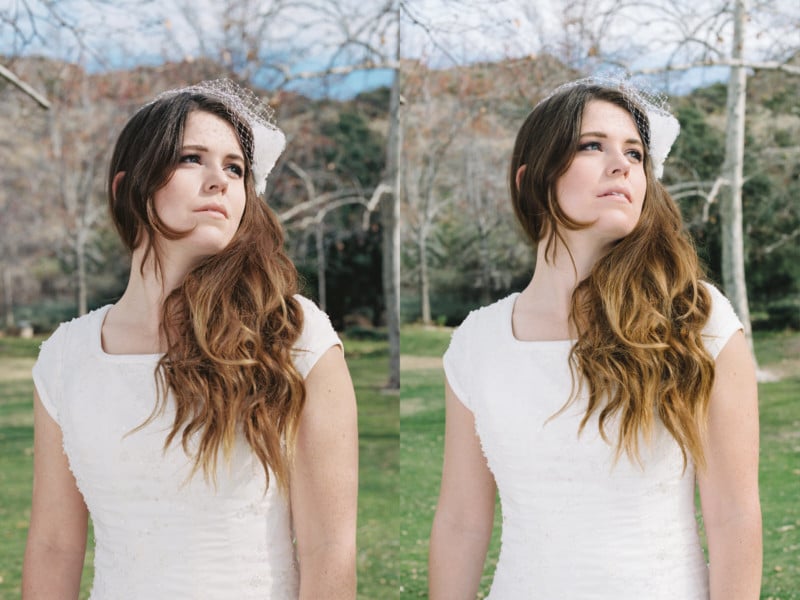 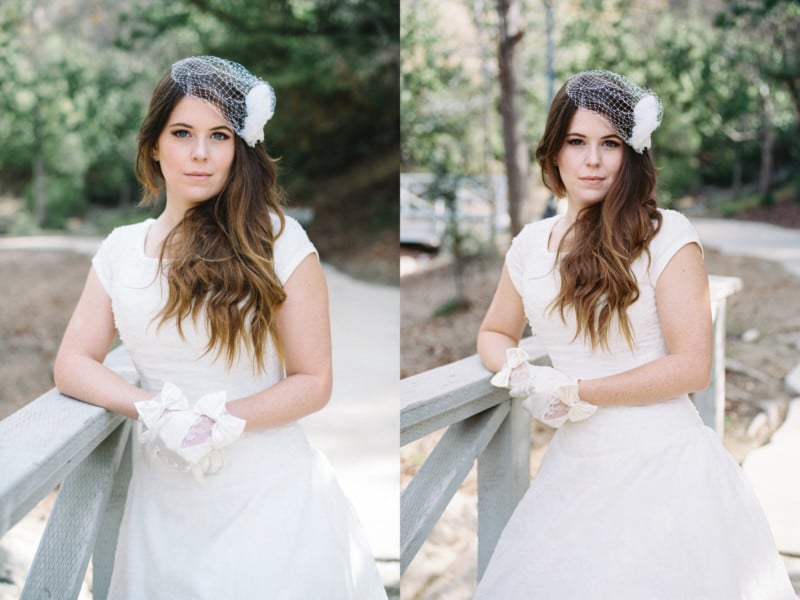 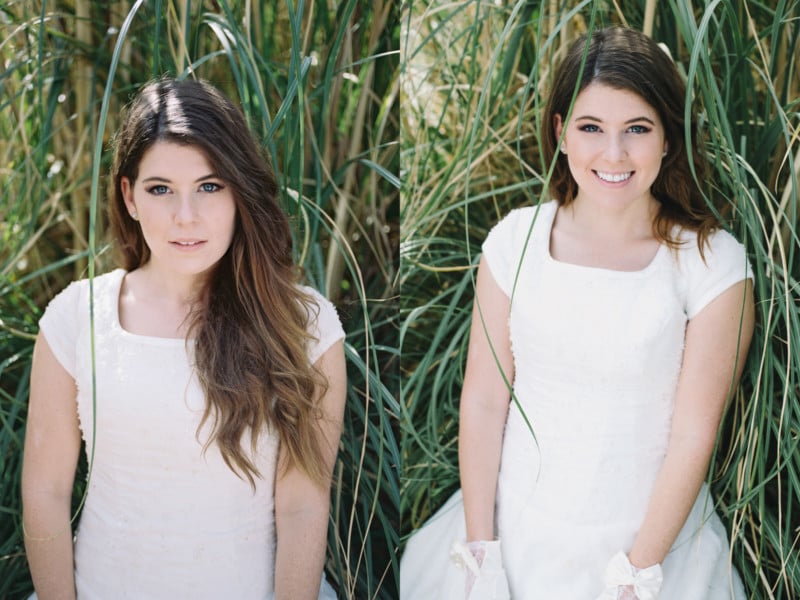 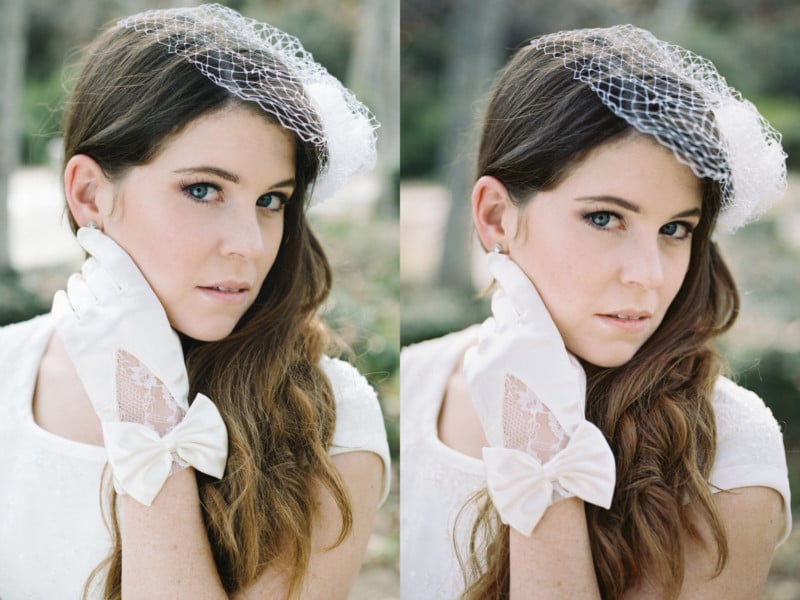 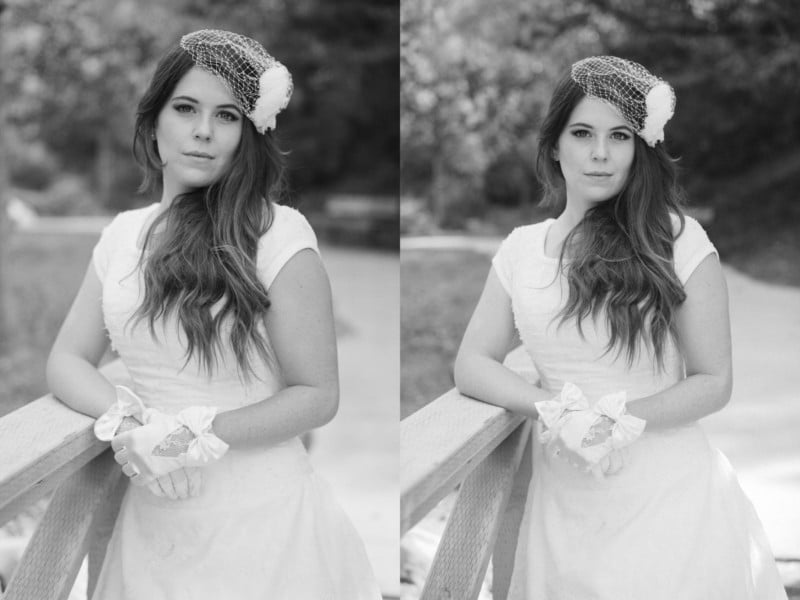 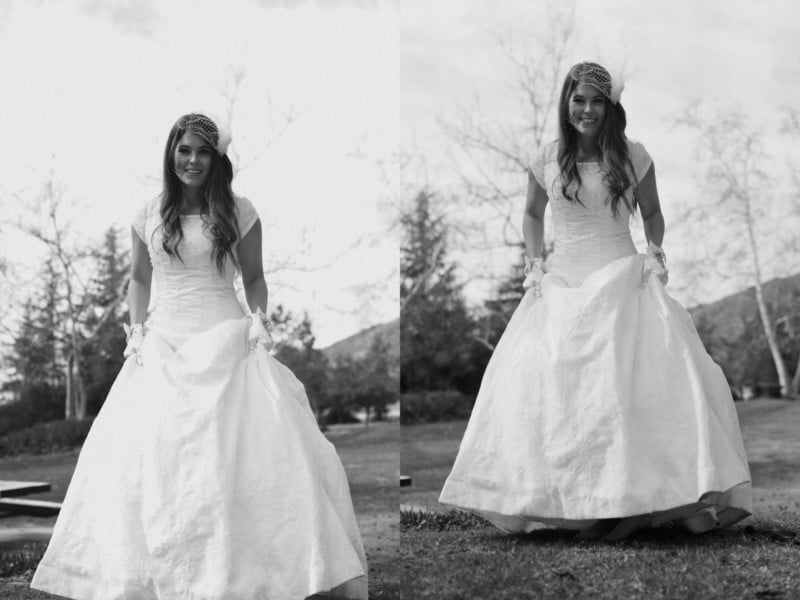 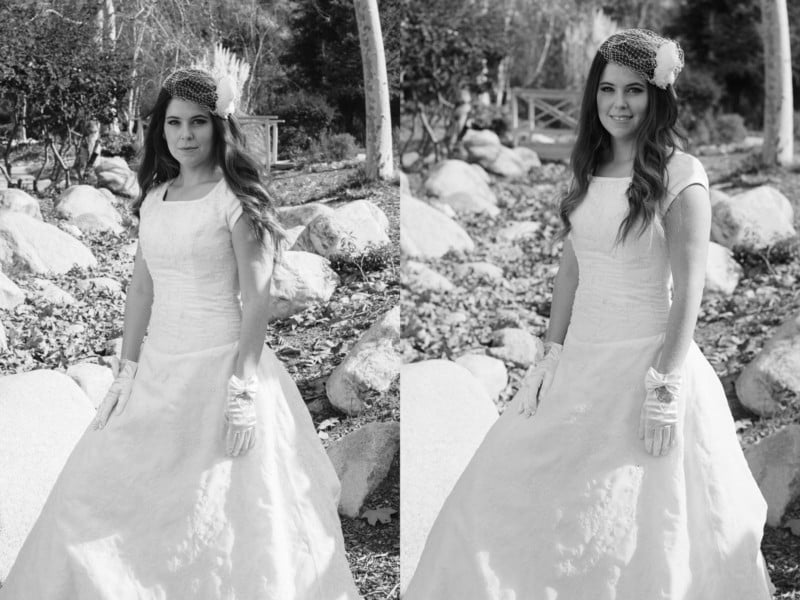 I took the test and got 91% correct! But it was tough. Some of these are very close and it comes down to how well you know what film looks like or not. But to the average person, the difference is so small it will be hard to tell looking at them side-by-side.

After looking at these images, here are some characteristics of the film:

Does film have a look? Yes! It does. Well, enough of a look that you can tell the difference when put side-by-side with a digital copycat.

If you’re going to be shooting film professionally, it’s more about your workflow and what you enjoy then image quality. Shooting on film could also be a hook for the clients that you have, so if it works, Great!

Shooting on film can also be beneficial if you’re just starting out on your photography journey. It forces you to see exposure and to compose shots differently than you do with digital. You have to take your time with each image. It’s a great learning tool and you’ll pick up photography concepts much faster that way.

So, on the high end, we found that the film held up exceptionally well. We overexposed by 5 stops and the images look good enough to deliver to the client. The Nikon images seem to hit a wall at 3 over but did well on the low end. You could still use images down to four stops underexposed.

If you were a hybrid shooter, your best plan of action would be to shoot some film for exteriors and leave the interiors to your digital camera. The Nikon has the ability to pull more information from the shadows, which is probably what you’ll have to do since most weddings are dimly lit.

The cost of shooting on film might outweigh the benefits and look of it. It eats into your profit since you have to pay for the film rolls and processing fees. It really comes down to workflow and what makes you happy.

About the author: Jay P. Morgan is a commercial photographer and instructor. You can find more of his work and training on his website, The Slanted Lens. This article was also published here.

5 Ways to Use a Beauty Dish