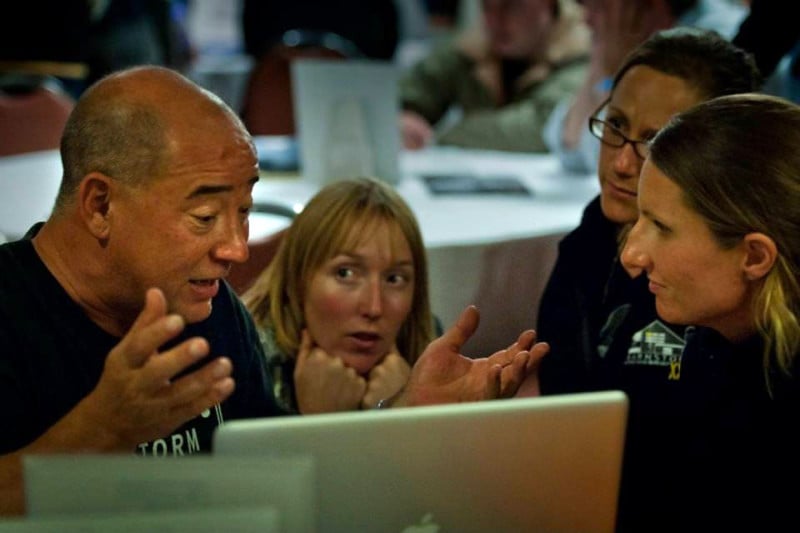 In light of another prominent figure in the photography industry being accused of sexual misconduct, I feel compelled to pen my feelings about it all, specifically what it has done to MY profession of choice; photojournalism.

First and foremost, I am saddened. Saddened to know that there are people in positions of influence that would use their stature to satisfy their own sexual inefficiencies. Saddened that the actions of a few have tarnished the good name of the majority. Saddened that they have given the already much maligned industry of photojournalism another unwelcomed black eye.

When Lady Di was killed, by an intoxicated driver, the world blamed the paparazzi, and from that day on, many people equated ALL photographers as tabloid feeding vermin. I am genuinely concerned that the same mentality might come to mind now that all photo editors are abusers of their positions for their own satisfaction. We are NOT!

In my 40+ years in this industry, I am extremely proud of the young men and women for who I may have played even the slightest role with helping in their careers. This is what photo editors REALLY do. We encourage, we support, we help them see.

I am also angry. Angry that it has taken this long to bring these urgent and pressing matters out of the darkness and into the light — and out of the whispers for fear of retribution. This message should be screamed from the mountain tops, not spoken softly behind the scenes. And I am angry that more men have not made their voices of outrage and support heard publicly. Speak up! Show your support!

And regrettably, much of the response has been knee jerk or superficial. Calling out people on social media by name at the organizations that these offenders worked for or participated in, and demanding a statement and threatening to boycott them is tantamount to cyber bullying which is harassment of its own kind. So harassing organizations that the offenders worked for or workshops they participated in is your solution? Really?

And sending out a Google document to ask men in the industry to sign their names to “…change our industry for the better” is not the answer either. Why? Because the men that NEED to sign the document won’t. And the ones that don’t need to sign it, well, don’t need to sign it. It is symbolic at best and condescending at worst. And if you want it to be universally effective, then send it out to ALL people in the industry, not just men!

And regarding the Eddie Adams Workshop, where one of these offenses was alleged to have taken place: I have been a team editor and most recently the moderator for the last 27 consecutive years. And I can unequivocally state that the faculty there is, was, and always will be committed to, not only the advancement of our craft, but to insuring the safety of all who attend.

Starting last year, as a proactive response, the workshop made all attendees sign a “Code of Conduct” form. It explicitly spells out that if anyone “violated any of the principles, you will be asked to leave the farm and will not be invited back to future Workshops.” This document can be found here.

We won’t move the issue forward until we take action. So I call upon ALL of my colleagues, men and women, to listen and react swiftly to ALL complaints of harassment, abuse and bullying of any kind. Have a zero tolerance policy against harassment in place BEFORE these issues come up. And please, do everything you can to advance the careers of all photojournalists, especially women and people of color. (We are so needing more people of color in our industry!)

About the author: James K. Colton is currently Editor at Large at ZUMA Press and Editor-in-Chief of zPhotoJournal.com. The opinions expressed in this article are solely those of the author. Colton has served as a photo editor and director at Sports illustrated, the Associated Press, and Newsweek. He is on the Board of Directors of the Eddie Adams Workshop. He was the Jury Chairman for the World Press Photo contest in 2005, received an International Photography Awards “Lucie” for Picture Editor of the Year in 2007, was named Magazine Picture Editor of the Year in 2008 by the National Press Photographers Association, and has been acknowledged as one of the 100 most important people in photography by American Photo. You can visit his website here and connect with him on Twitter. This article was also published here.

This Test Reveals the Exposure Limits of Kodak Portra 400 Film