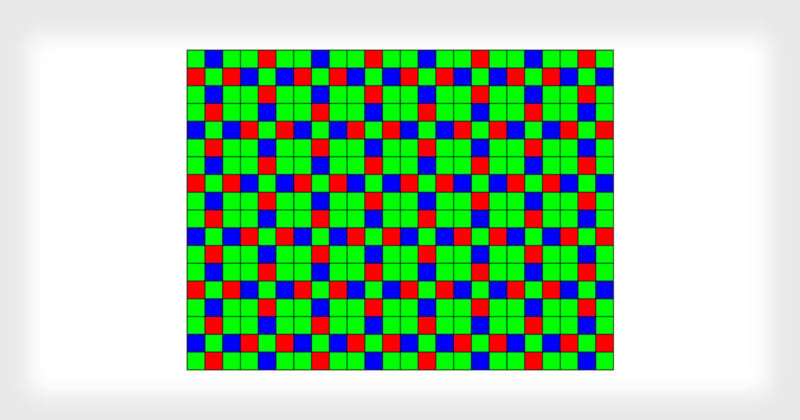 The Fujifilm X-Trans sensor is evil, its design is seriously flawed, and it causes all kinds of issues. At least, that’s what pops up on the Internet every now and then.

Since some of these “X-Trans sucks” comments and articles keep up appearing on the Web, I decided to invest some of my extremely limited free time in order to address some of the issues. Let’s get started.

One of the most discussed X-Trans flaws is the purple flare with grid artifacts in backlit images. Yes, it’s there, and not only with X-Trans III cameras but also with all other Fuji X cameras. But Bayer sensor cameras like Olympus cameras have this issue too, both the flare and the grid.

I know from sources that Fujifilm investigated the issue, found the cause (and it’s NOT the X-Trans Color Filter Array, or CFA), and tried to fix it starting from the X-T20 and X100F… and it seems that they succeeded.

The guys at mirrorlesscomparisons shot the X-T2 and X-T20 side-by-side in conditions in which purple flare can appear and the X-T20 almost never showed any purple flare with grid artifacts, unlike the X-T2. They write:

Are the purple flare/grid artefacts completely gone on the X-T20? Well, I do have a few examples where you can see a small trace but overall the problem seems to be much more contained than on the X-T2. Hopefully, this means that Fujifilm has minimized the issue and that the latest X-T2/X-Pro2 models to come out of the factory aren’t affected either.

As for current X-T2/X-Pro2 owners who are affected by this problem, it is worth remembering that it only takes a slight re-adjustment of the composition to avoid the purple flare (which is visible in the EVF/LCD) and get rid of the problem.

I personally experienced purple flare with grid artifacts on my X-T1, but it’s frankly so rare and so easy to fix with a minimal movement of the camera that it has no impact on my real world shooting. And now I know that once I upgrade to newer X-Trans III cameras, Fujifilm has already fixed this issue.

No, X-Trans is not responsible for waxy skin tones. It’s the processor. To be more precise, waxy skin tones are caused by the noise reduction that Fujifilm applies to JPEG images (the problem does not exist with RAW files).

In the Fuji world, the X-A line (Bayer sensor) gives way more waxy results than any X-Trans camera. This is because Fuji wants it this way. The X-A line is very popular among Asian women, and Fuji’s imaging engine is adapted to meet their taste.

Back to X-Trans… Fujifilm has listened to feedback and has fine-tuned noise reduction as well as given customers more range to adjust it in-camera with X-Trans III cameras like the Fujifilm X-T2. Waxy skin tones are now better controlled.

Another extremely popular attack on X-Trans sensor is that it creates wormy artifacts when sharpening Fujifilm RAW files.

Ok, X-Trans requires a different demosaicing compared to conventional Bayer sensors. And out of the box, some RAW converters do a better job (Iridient) than others (Adobe Lightroom). But the good thing is that we are in charge and we don’t have to live with Lightroom default settings — we can optimize our sharpening to get nice crisp images without wormy artifacts, even with Adobe’s RAW converter.

There are many examples on the web on how to sharpen your X-Trans RAW files best, without getting wormy artifacts, and I will share a few here.

In his “X-Trans Sucks Trilogy” (Part 1, Part 2, Part 3) Adrian Evans recommends, among other things, to push the “detail” slider and not the “amount” slider. This is a common recommendation and works well, especially considering that “it’s a pretty well-known fact that the X-Trans sensor can take pushing the details slider harder than usual.”

Ming Cai has an interesting video on how to sharpen Fuji RAW files without wormy artifacts:

Also, he recommends using the “details” instead of the “amount” slider for sharpening images. This helps and doesn’t give you wormy artifacts. But if you want even more sharpness, open the file in Photoshop and sharpen it there. At 6m30s he shows the settings that work best for him and you will see that he does not get any wormy artifacts at all.

I’d also add that if you don’t have Adobe Photoshop, you can also use Iridient (as a standalone or as a plug-in for Lightroom) for ultimate sharp and wormy-less results.

Thomas has great X-Trans conversion coverage on his blog. He also found his personal settings to sharpen X-Trans files in Lightroom without wormy artifacts or foliage smearing, and he is sharing his sharpening presets for free.

One more thing: some Fujifilm users have noticed that when Fujifilm launched X-Trans III cameras, such as the X-T2 and X-Pro2, Adobe was suddenly doing a much better (default) job with demosaicing. In fact, having more megapixels squeezed into the same ASP-C sensor (24MP instead of 16MP) reduced the distance between the repeating RGB patterns and this facilitated Adobe’s demosaicing.

But again, the biggest influence on artifacts is made by us and how we chose to “play” with our files. Adapt your Lightroom sharpening habits to the X-Trans specific requirements and get nice clean images without artifacts.

Some of the flak Fujifilm gets comes from people who are angry because they say Fujifilm promised to eliminate moiré with the X-Trans, and yet they can sometimes find moiré in their images. But words are important, and Fujifilm never said X-Trans eliminates moiré, they said it “mitigates” it. And this is a very accurate statement.

Less moiré is one of the X-Trans advantages in addition to sharper images. Here is what DPReview says about the X-T1:

[A]lthough it is “just” 16MP, thanks to the X-Trans sensor, combined with its XF range of lenses, its effective resolution is not much lower than 24MP… and no moiré, which is one of the benefits of the X-Trans in the X-T1 (for example for things like clothing with really high-frequency patterns)

Note that DPReview said “no moiré“. This is technically wrong, but it’s true that it appears less than on Bayer cameras.

Another “Fuji Myth”: Fuji is cheating when it comes to ISO. In short: ISO is a more or less arbitrary concept*. Companies like Canon and Nikon use the REI standard while companies like Fujifilm (and I think also Olympus) are using the SOS standard. I hear that in the industry, the SOS standard is considered more “objective”.

A good reviewer is, of course, aware of these different standards and will take them into account when comparing cameras. So for example, in Admiring Light‘s noise comparison, they compared the Sony a7II with the Fujifilm X-Pro2 and adjusted the camera settings to bring the REI and SOS standard at the same level.

The results? At ISO 25600, Admiring Light could see only a slight difference between the Sony a7II and the Fujifilm X-Pro2 (less than half a stop in favor of Sony). At a high ISO, the Fujifilm X-Pro2 had better color fidelity and no visible banding compared to Sony’s FF sensor, which had more false colors and banding.

So it seems that having an X-Trans does not negatively influence high ISO performance… one would think it even helps a bit. And no, I’m not here to say that full frame and APS-C are the same… it’s up to every one of us to judge if the difference is negligible or not.

Before you call me a fanboy, I would just like to mention that:

3. MirrorLessons investigated the purple flare issue and saw that it’s now basically fixed on the X-T20.

4. Thomas, Adrian, Ming and many other independent and experienced X-shooters have shown how “wormy artifacts” are not caused by the X-Trans sensor but by the way we sharpen our images in Lightroom.

All I’m doing is reporting what reputable sites and experienced and independent Fujifilm X-shooter have had to say about these topics, adding some insights I have thanks to other sources I have through running Fuji Rumors.

Fujifilm X-Trans has advantages I enjoy every day when I take my pictures, and I think Fujifilm should stick with the X-Trans sensor in their APS-C cameras.

About the author: The author of this article is the owner and operator of Fuji Rumors, one of the top sources of Fujifilm news, rumors, and information. The opinions expressed in this article are solely those of the author. You can find more of his writing on Fuji Rumors. This article was also published here.