Here’s an informative 18-minute tutorial by photographer Dustin Dolby of workphlo that teaches how to blend speedlight exposures for water splash product photos. Dolby is shooting a pair of advertising posters.

First off, Dolby shoots an ambient light shot of a soap bottle without using any flashes. Then, he shoots an entirely black frame by using a faster shutter speed to act as a canvas. Then, using a small diffuser and a strip box, Dolby experiments with the distance of the flash to the side of the bottle. This changes the way the light falls, and Dolby says it is important to pay attention to the rise of defraction in your shot.

Adding a splash of water into the shot, the image is captured at f/11 to allow the focus to fall off towards the back. Shooting an exposure with a speedlight pointing straight down at the bottle, it is possible to get rid of that “baked in” back label of the bottle. The rest of the magic comes in post. With the images requiring compositing and blending, Dolby reminds us to “act almost like a ballerina” in the studio, ensuring that nothing is shaken out of position.

With all of his layers loaded into a stack in Photoshop, Dolby runs through his entire masking process in order to blend the layers together. Using this technique, he is able to keep all of the elements he wants from each frame while excluding “mistakes” and other imperfections. 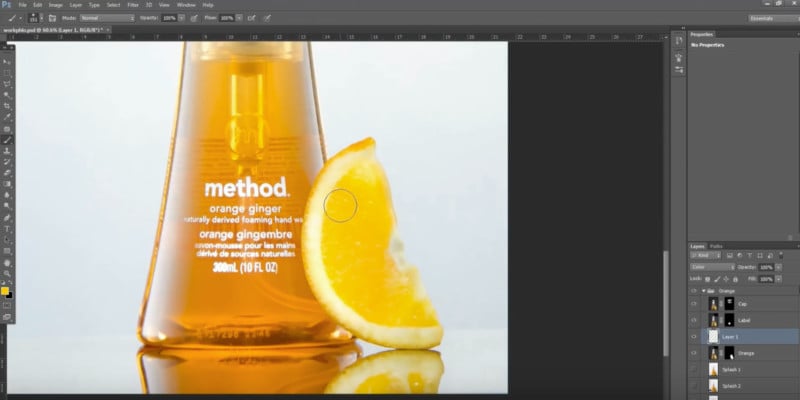 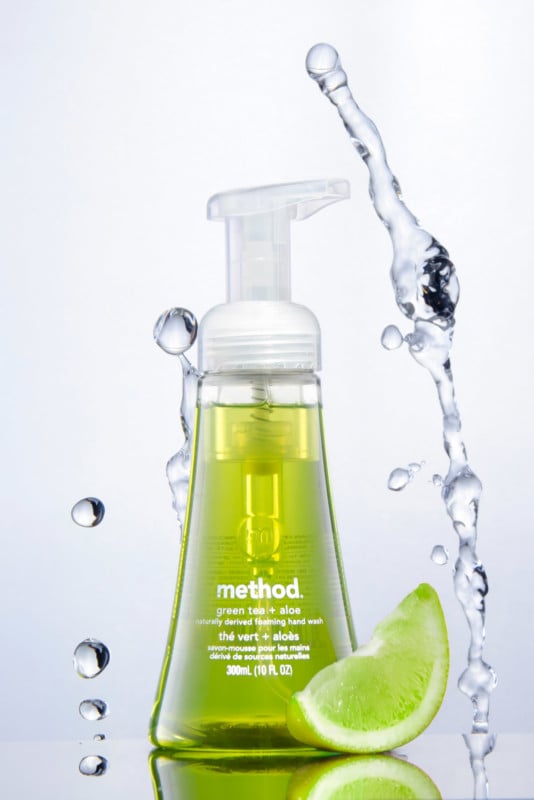 You can find more of Dolby’s video tutorials on his YouTube channel.

Photographer Running Onto Field Gets Flattened by Football Player