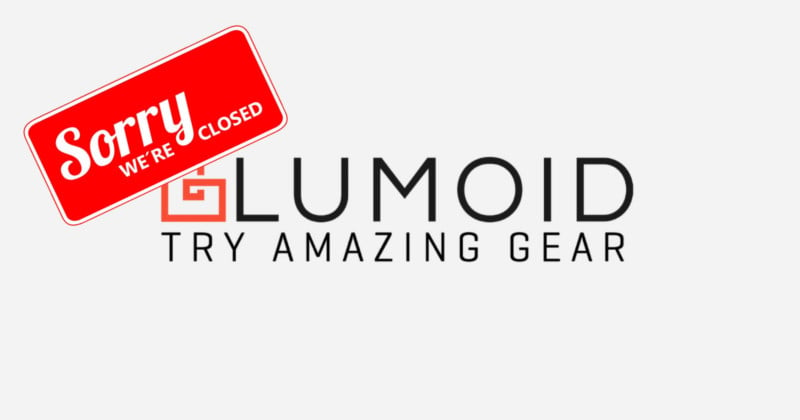 There’s major consolidation going on in the US camera gear rental industry. Lumoid, a camera and tech gear rental startup, has announced that it’s closing up shop, less than half a year after signing a deal with Best Buy to offer gear rentals through the giant retailer.

Lumoid founder Aarthi Ramamurthy posted a message on Facebook announcing the closure and saying that she’s moved on to a position at Facebook.

The startup was born 4.5 years ago after Ramamurthy registered the domain name and applied to the YCombinator seed funding program. She and her team went on to raise $5.9 million in funding and financing over the past couple of years. TechCrunch reports that despite forming a partnership with Best Buy, Lumoid was unable to obtain the money needed to acquire enough gear for the deal.

So instead, the decision was made to wind down the business. Ramamurthy says the startup spent the last 4 months selling its assets and intellectual property.

Earlier this month, Lensrentals and LensProToGo announced a merger, forming a juggernaut in the US camera rental market. Another big player in the space is BorrowLenses, which was acquired by photo book giant Shutterfly in 2013.