Photographer Francisco Hernandez has launched a new video series titled “Behind the Shot” that will document the entire process of how a photo of created, from concept to finished image. In this 12-minute video, Hernandez shares how he shot a portrait of a model named Barbie.

Hernandez originally met Barbie back in 2014 when he was just starting out. After sending out around 40 messages to photographers in search of an assistant position, Hernandez heard back from one based about an hour away. It was at the first shoot with the photographer that Hernandez met Barbie, and this is one of the portraits that resulted then: 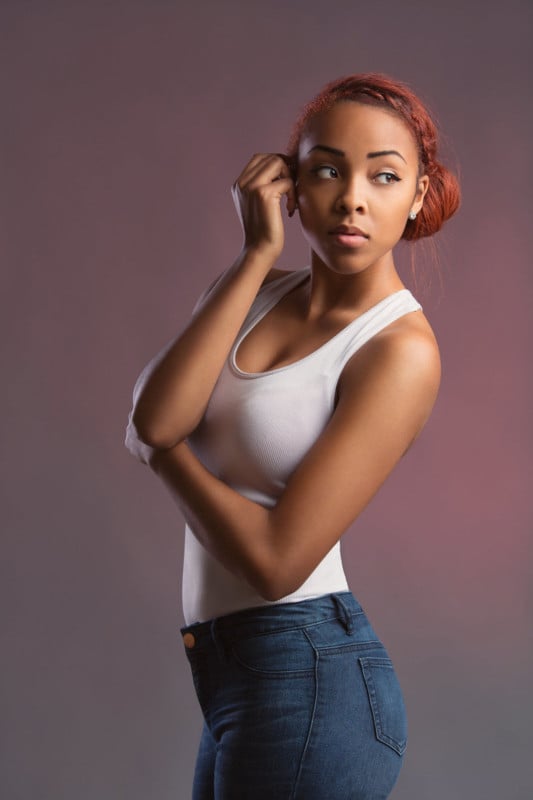 Earlier this year, Barbie contacted Hernandez and asked if he would be able to do a portrait shoot. She suggested a location, and Hernandez agreed after taking a look at it through Google Street View. Barbie also selected her own outfit and did her own makeup.

Since he was planning to expose for the sky, Hernandez had an assistant hold a reflector to illuminate the darker shadows in the shot.

Here’s what a first straight-out-of-camera test shot looked like without any lighting on the model: After adding in the light and reflector, Hernandez found that placing the octobox 3.5 feet away was too far and didn’t illuminate his subject well despite being at full power. 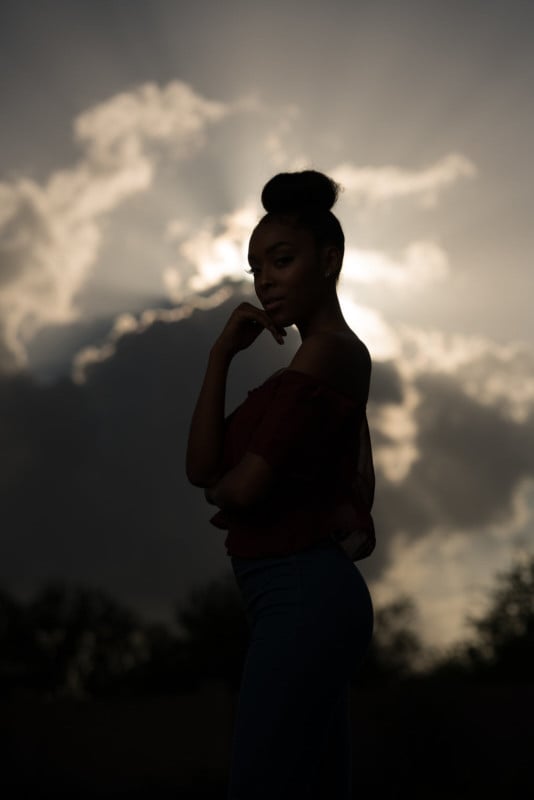 When Hernandez moved the octobox to about a foot away and the reflector closer as well, here’s what resulted (the straight out of camera shot without the octobox cloned out from the upper left hand corner): 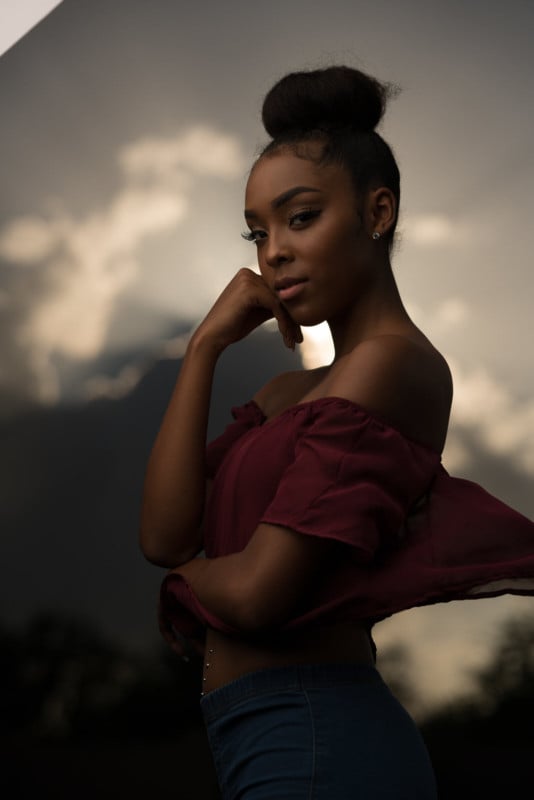 Hernandez boosted exposure and brought down highlights (to prevent the sky from stealing attention from the model). After more adjustments in Lightroom, this is what resulted: 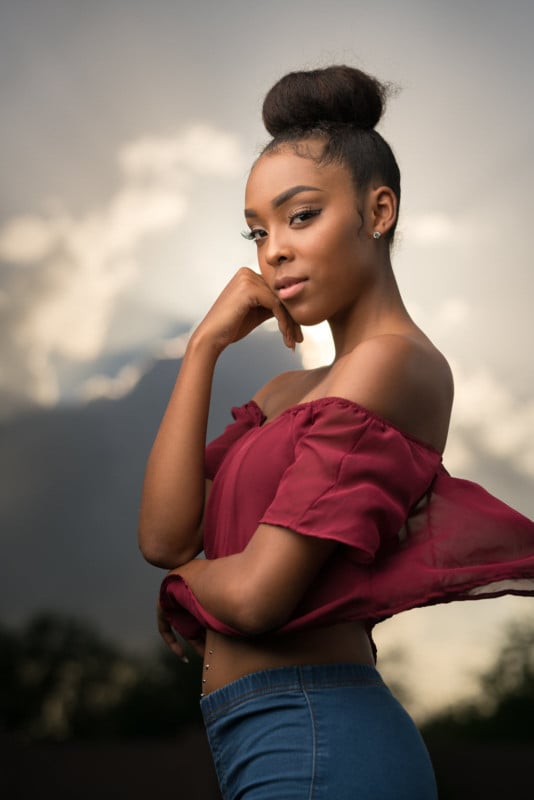 Finally, Hernandez did more detailed edits and cleaned up the image in Photoshop. Here’s the final portrait that was created from the shoot: Watch the videos above to watch Hernandez discuss the changes that were made to the image at each step of post-processing. You can also follow along with Hernandez’s new series in this YouTube playlist.

(via FJH Photography via Fstoppers)

On ‘Making It’ as a Photographer, or: What if Your House Burned Down?