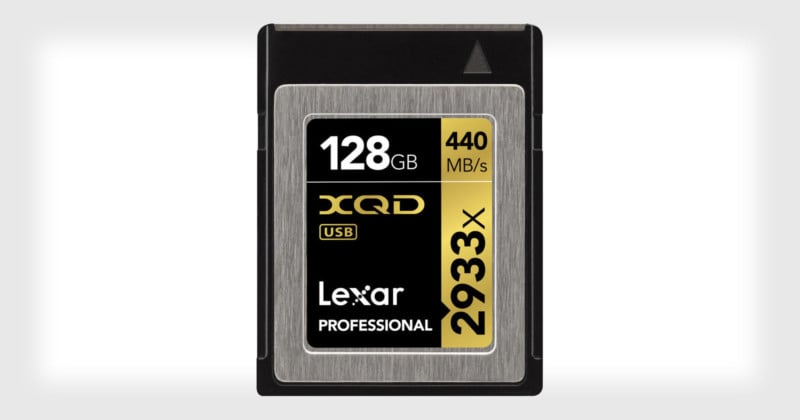 After the shocking news in June that Lexar would be discontinuing its memory card line, the company was acquired by a Chinese flash storage company called Longsys in September. It now seems that Lexar will continue producing XQD memory cards.

Nikon Rumors reports that, in response to earlier stories of Lexar XQD cards being out of stock at retailers such as B&H, Lexar has confirmed that it will continue manufacturing the cards.

Hi Nikon Rumors! We will continue producing XQD cards and will fulfill B&H’s inventory in a few weeks – hang tight! :)

Here’s what Nikon Rumors heard from a source who spoke to a Lexar rep at PhotoPlus Expo about what’s going on with Lexar behind the scenes:

Micron would sell flash memory to Longsys, who would assemble the cards with Lexar packaging, and ship out to Lexar for distribution. The rise in flash memory prices meant the white label manufacturing process and marketing costs were lost profits for Micron, as they could sell the flash memory for higher prices elsewhere. The flash shortage is temporary, and prices should come down.

More importantly, according to this employee, there is a warehouse full of Lexar CF/SD/XQD cards in Tennessee, ready to go.

The problem, however, is that the cards all have the wrong packaging at the moment. Currently, the cards have Micron/Lexar packaging instead of Longsys/Lexar packing.

“[V]ery little is actually changing,” the source tells Nikon Rumors. “Lexar, with its 40 employees, has a new owner, but it’s the owner who’s been the actual manufacturer all along.”

The same Lexar employee told Nikon Rumors‘ source that CFExpress is the future.

“CFExpress is essentially the next revision of XQD, and there should be full backward compatibility with XQD, and that getting D4/D5/500/D850’s to work with CFE cards should be a simple software patch,” the source says.

Here’s the Best Way to Match Tones in Composite Photos