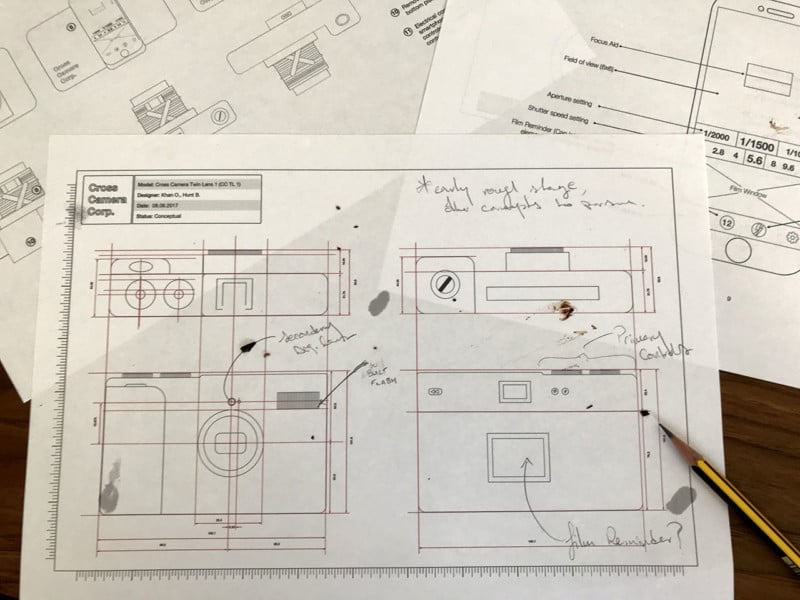 Here’s some interesting news from the world of film photography: the popular website Japan Camera Hunter is developing a new 35mm premium compact camera — one that may be an analog/digital hybrid.

Kosmo Foto reports that the news was announced last Friday at a “Save Analog Cameras” event in Tampere, Finland.

Back in May, Hunt wrote an article urging camera manufacturers to bring back the compact film camera, citing strong prices for used premium compacts as evidence that there’s an enduring market for such cameras.

“Photographers are begging for a compact film camera and they would pay good money for a well-made and simple camera that could give them years of use,” Hunt wrote. ” […] I cannot do this on my own, so I am reaching out to any and all of the manufacturers.”

Not a single manufacturer expressed serious interest to Hunt, so now Hunt is working to bring a new camera to market himself. He has assembled a team of knowledgeable people who share his vision and are committed to seeing the launch happen.

In an interview with Emulsive, Hunt speaks of a camera that will include digital components in a film camera — a camera that shoots 35mm film but which can be paired with a companion app.

“What I can say is that the camera will be a premium compact and have a build quality, lens character and set of features to suit,” Hunt tells Emulsive. “It’ll hopefully be of a metal body design and will definitely come with manual ISO selection.

“Beyond that I can tell you that as project mastermind, I want to mix and match the best features of compact premium point and shoots from Contax, Minolta, Ricoh and others. Things like custom modes/user profiles, some form of fixed-focus mode and definitely no auto-on flash are really important to me.”

Hunt says the camera and app could be ready for testing in late 2018 if things go perfectly, but the team isn’t planning to rush a half-baked product to the world. Hunt also says that while they have not ruled out crowdfunding this camera, he’s openly critical of the concept and is trying to avoid it completely if possible.