In this beautiful short film by filmmaker Vincent Urban, photographer Chris Burkard tells the story of how after growing weary of surf photography in crowded cities he sought solitude, adventure, and beauty in remote places. He found it in Norway’s Lofoten Islands. 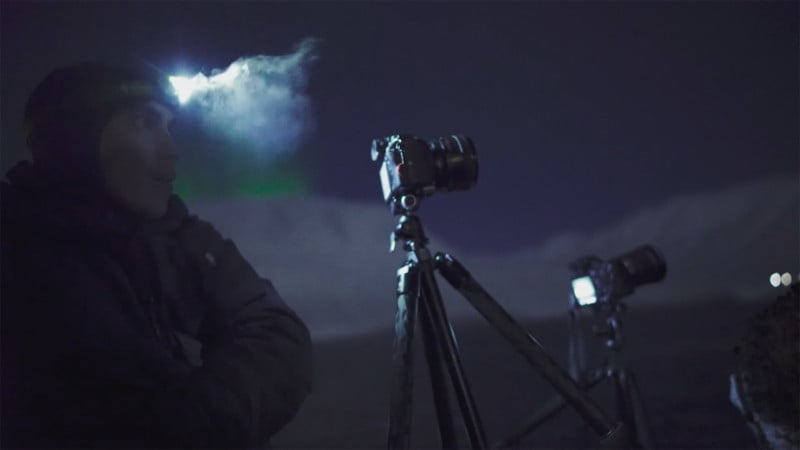 Chris Burkard, one of Instagram’s most popular photographers (he has 2.8 million followers), is an accomplished photographer, storyteller, and creative director who says he has always been driven to find remote and isolated locations to shoot. Earlier in his career, he felt that something was missing in his work as a surf photographer as he was shooting the same locations on crowded beaches, so he headed to remote Norway for new opportunities.

Speaking about the photography he created in Norway, Burkard says “These pictures mean so much more to me because I had given a piece of myself to get them”.

I'm smiling so big right now. After two years of work our film 'Under an Arctic Sky' is officially available for download across the globe. I'm honored to present this body of work that so many people worked to bring to life. This film was never about us.. it's about the message of following what you love & embracing the mishaps along the way. . Please watch it, share it & I would love to know what you think. Download link in my bio or here: http://geni.us/UnderAnArcticSky . PS – if you can leave a review on iTunes or wherever you download I would be so grateful!

The change seems to have worked out for him as he produced the breathtaking film Under An Arctic Sky in remote Iceland. Vincent Urban’s film includes some amazing footage from the islands and is sure to inspire adventure in you as well.

The film is part of a series created for Lufthansa by Urban and titled #LifeChangingPlaces. The series follows the stories of people who experienced a trip of some form that changed the course of their lives. To see more, check out Vincent Urban on Vimeo.

(via Vincent Urban via Fstoppers)

Correction on 9/23/17: ‘Under an Arctic Sky’ was not filmed in Norway, but in remote Iceland. This has been corrected.

BTS: The Quirky and Minimalist Photos of Daniel Rueda and Anna Devís

This Guy Flew His Camera Drone Onto, Inside, and Under a Moving Train