The clothing brand Dickies wanted to celebrate its 50th anniversary of their signature pair of trousers, so they commissioned George Muncey to take a series of portraits on his 8×10 large format camera.

In this 9-minute video, Muncey shows the background to the shoot and how it worked when shooting with this unique camera. 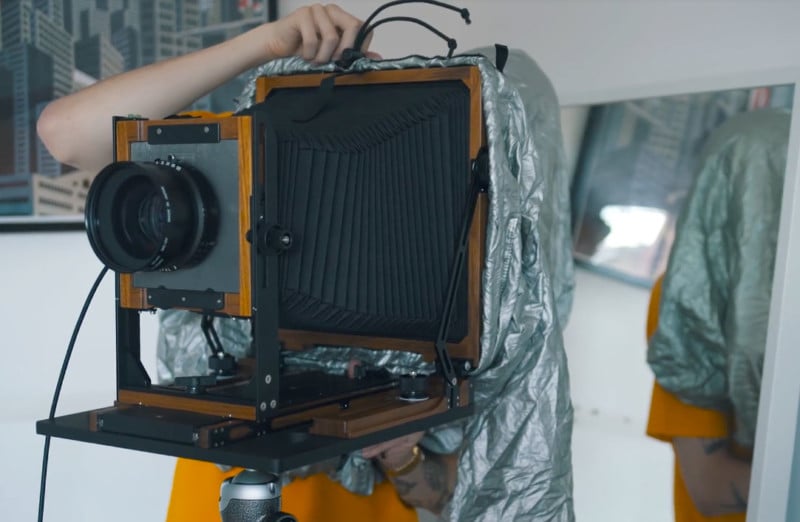 For the shoot, Muncey used people who actually wear the trousers rather than “typical models you’d see in a magazine.” It’s this that gave his shoot a much more realistic feel. 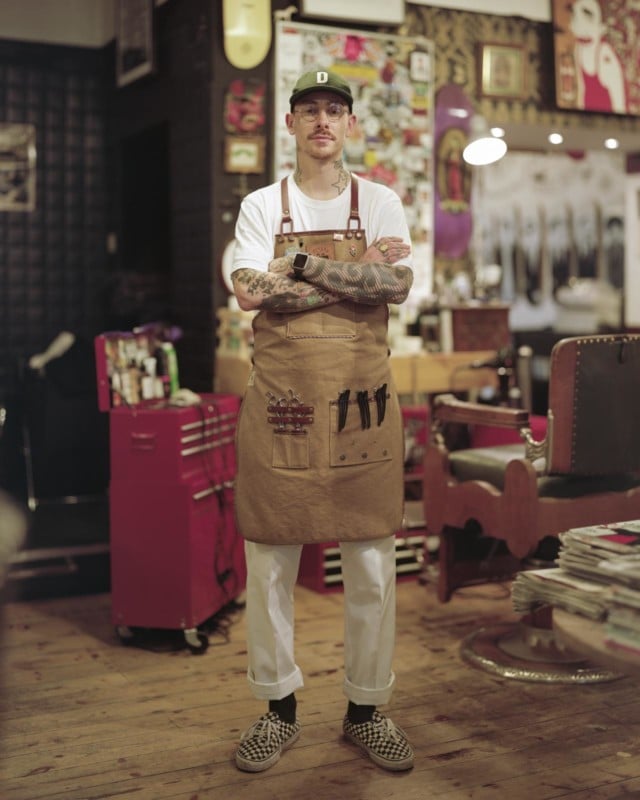 He wanted to capture the stars of his shots in their “natural habitat,” as well as against a more typical white background to round things off. 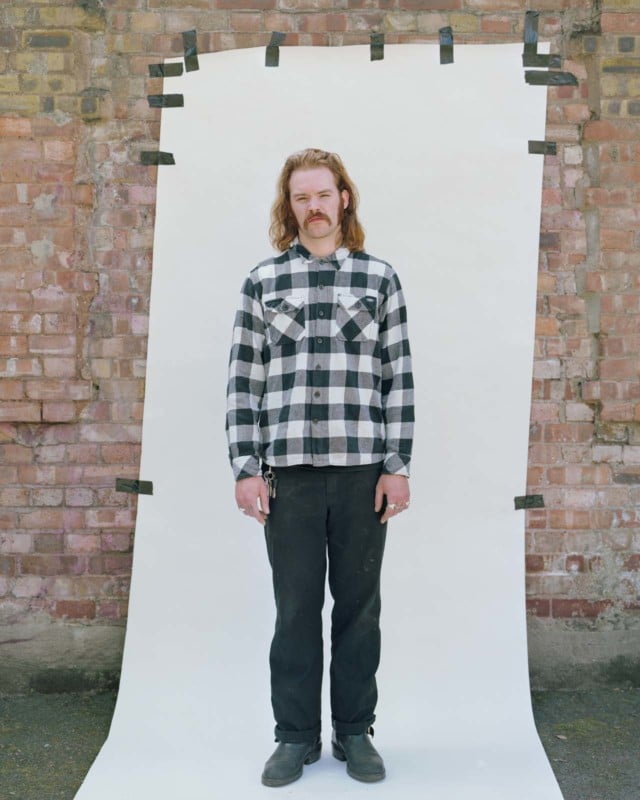 A number of his images suffered a “weird light leak,” and that happened simply from a flash putting too much pressure on the film slide holders, leaking some light onto the film itself. It looks kinda’ like a spotlight beaming up at the model from the edge of a catwalk. 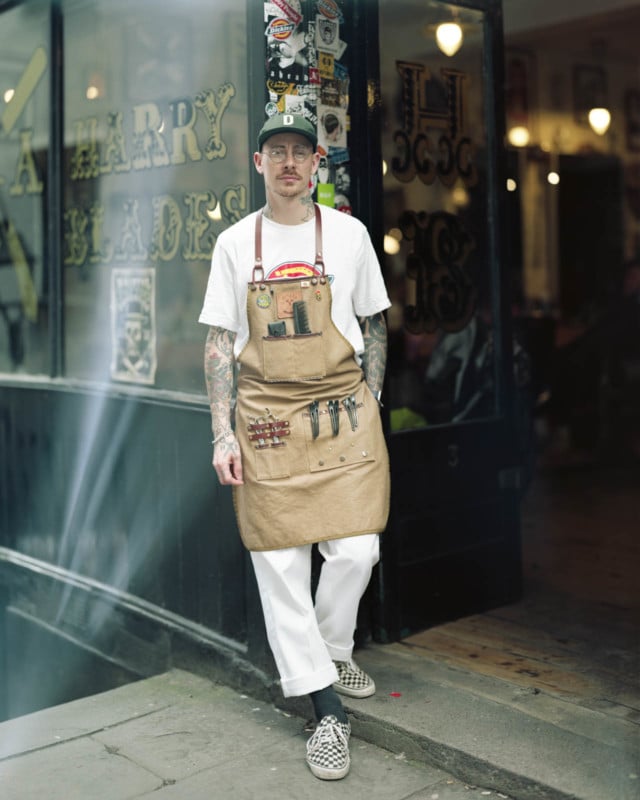 The camera makes a satisfying click, rather than the thud of a mirror that most of us are used to thanks to DSLR cameras. 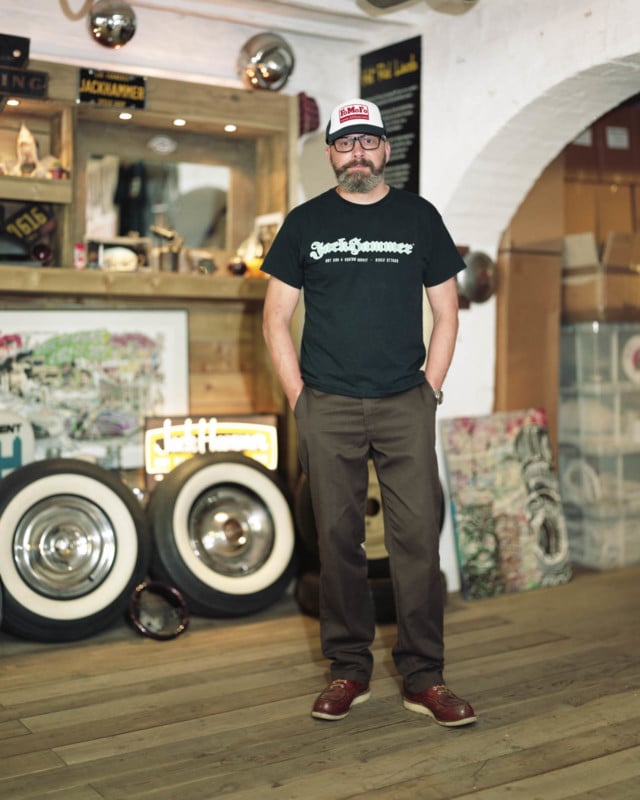 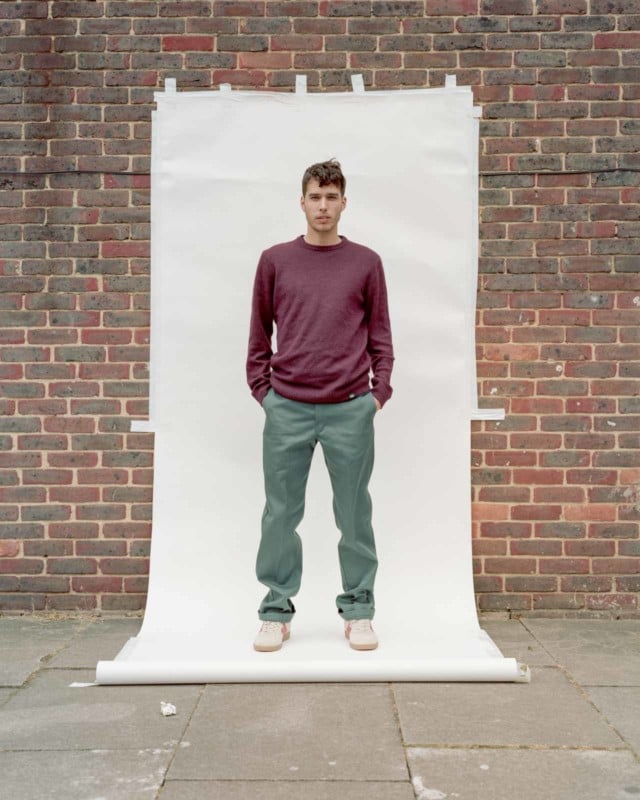 Over the three days of shooting, Muncey worked with a crew to bring the whole thing together. No doubt it requires quite a bit of manpower lugging around the massive 8×10 camera and all the slides. 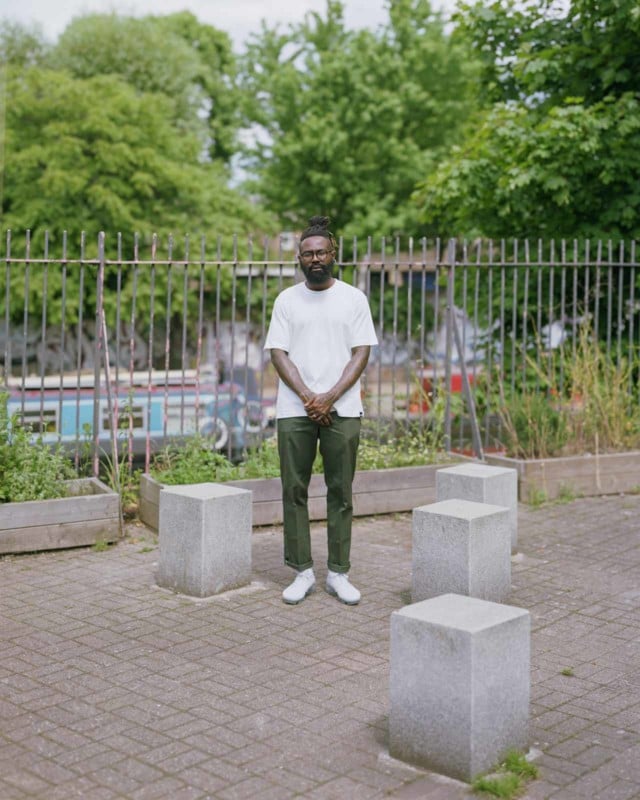 You can find more of Muncey’s work on his website.

Image credits: Photographs by George Muncey/Dickies and used with permission