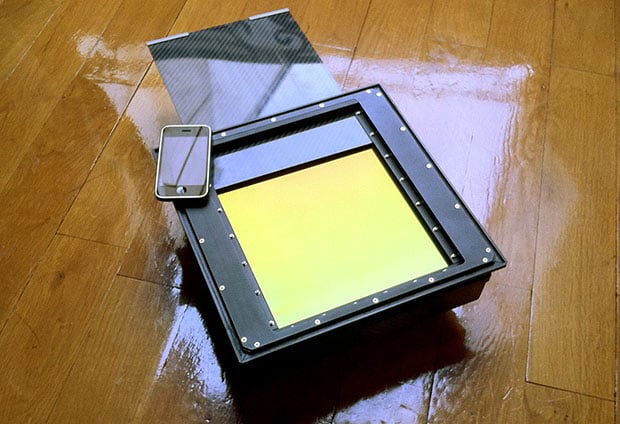 Photographer Mitchell Feinberg wanted to continue shooting 8×10 large format once his Polaroid stockpile runs out, so he decided to create his own 8×10 digital back. He spent over a year looking for a manufacturer and designing the back, and shelled out enough money to buy a good-sized house:

The development and production of two backs (I wanted to have a spare) was equal to the cost of a good size house – before the housing crash. I know it sounds insane, but the financials on it are not so bad: I used to shoot on average 7.5 Polaroids per photo, and I shoot between 400 to 500 images a year. That’s at least 3000 Polaroids. At 15 bucks a pop. Or about 50K per year, minimum. Polaroid was at one point my highest single cost.

Now he’s the owner of the world’s largest color capture back (two of them, in fact), which shoots 10MP photos. He uses it to shoot test shots before using film for the final captures.

Image credit: Photograph by Mitchell Feinberg and used with permission