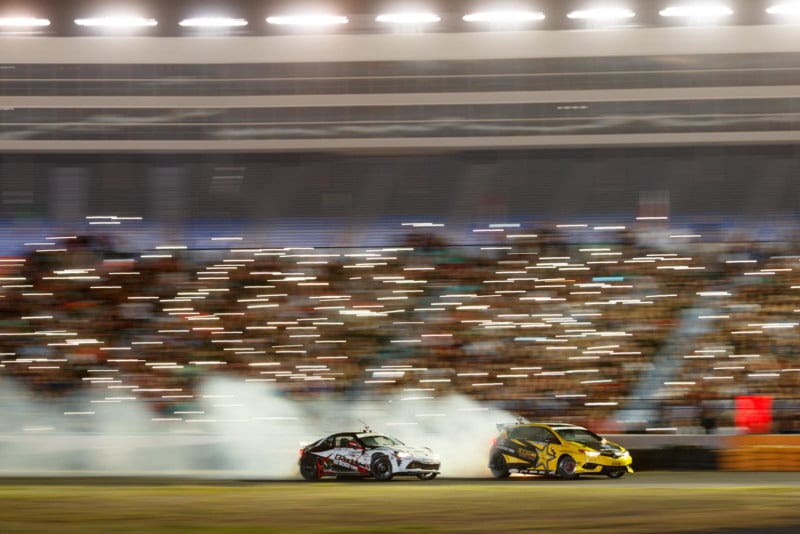 Here’s a beautiful shot captured by drift car racing photographer Larry Chen, who got the crowd to help light up his shot by pulling out their phones, turning on the LED flashlights, and waving them at the cars as they zoomed past.

Chen has been covering the Formula Drift series since 2006 and has been its official photographer since 2012. Over the past decade, Chen has covered about 90 of these professional drifting events both in the United States and overseas.

Chen’s good friend Jarod Deanda is the longtime announcer of the series, and he occasionally helps pump the crowd up by asking them to do “the wave,”

“The added coolness factor of a cell phone light during the crowd wave was something I’ve been meaning to capture,” Chen tells PetaPixel. “We have had two night events this year so far and both times I made a mental note to myself that I really needed to try to capture one of these cool scenes especially with drift cars battling in the foreground.”

Chen was doing his normal coverage earlier this month when he captured this photo: 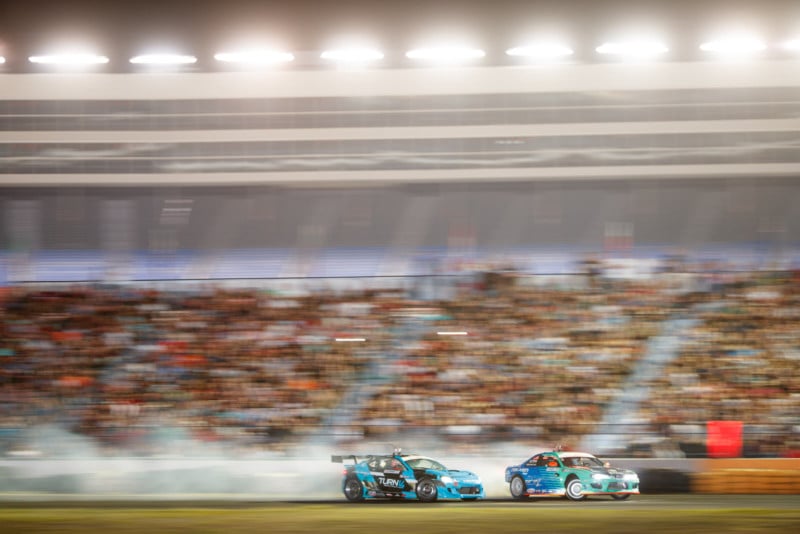 “I noticed two light streaks due to fans in the stands using their cell phones to record video, but at the same time their LED flashlights automatically lit up,” Chen says. “The idea to ask Jarod to ask the crowd to help me get this epic photo popped into my head, so I immediately texted him as he was in the race control tower.”

You can hear Jarod instructing the crowd at 1:15:10 in this video:

“I wanted to get the light streaks to be long as possible without getting too risky in terms of not being able to get any of the cars sharp,” says the photographer. “I had three successful frames, although the first and third frames only show one car sharp as they were moving at different speeds. The second frame was the best out of the three so that is the one I published.” 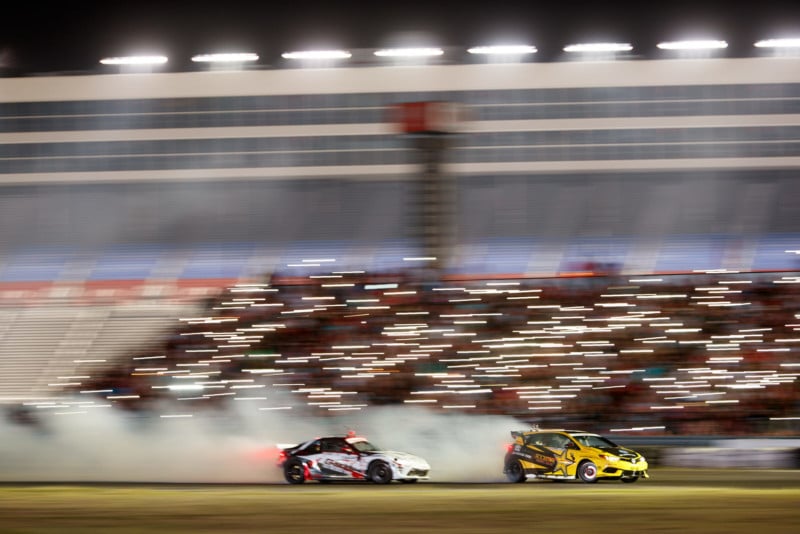 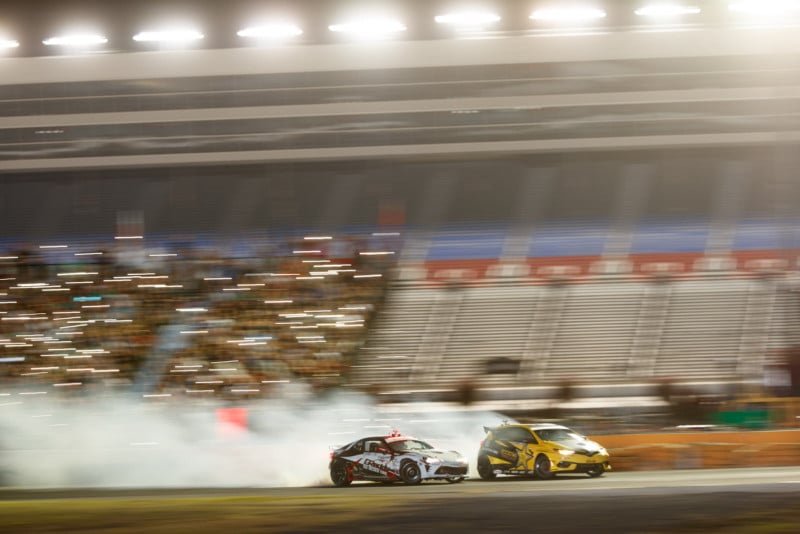 “You can actually see the exact moment I shot it in the video (at 1:16.05) because that is when he spits fire out of his exhaust and wastegate, which you can clearly see in the photo,” Chen says.

I texted Jarod to ask the crowd to turn on their cell phone lights for one run. This was the result. Thanks to all the fans in the stands who helped me with this shot. #fdtx #formulad #formuladrift #speedhunters @jaroddeanda #maximumattack #kengushi #fredricaasbo #lifeofchen #sirplease

Update on 1/19/18: Chen will be hosting a free seminar at Canon USA on February 2nd, 2018. You can find more details on this Facebook event page.

Snapseed Gets New Photo Filters and a Facelift