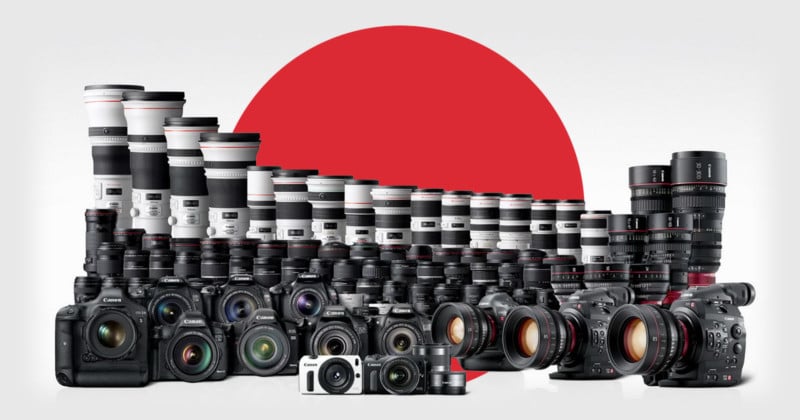 Canon is planning to open a new camera factory in Japan by 2019 in an effort to move more of its production “back home,” but this time it will be relying more on automation to lower the cost of domestic operations.

The Nikkei Asian Review reports that the camera giant acquired 300,000 square meters of land in southern Japan’s Miyazaki Prefecture as early as later this month to serve as the site of the new digital camera factory (estimated to cost about $181 million).

It was in 2010 that Canon last opened a factory in Japan, but this time around there will be “labor-saving assembly lines” that will use machine automation to perform many of the necessary tasks that once used human labor. Canon is installing such technology across its Japanese facilities in an effort to make domestic production cost-competitive with outsourcing.

The factory will take over production of DSLR cameras, which were previously made at a separate Miyazaki plant. Nikkei reports that eventually compact camera manufacturing may be relocated to this factory from abroad as well.

In 2016, 56% of Canon’s cameras and other products were made in Japan. With this new factory, that figure will rise to 60%, Nikkei says.

(via Nikkei via DPReview)

What a Total Solar Eclipse Looks Like in 4K, Close-Up, and Real-Time

Ep. 208: Another Photographer Games the System – and more