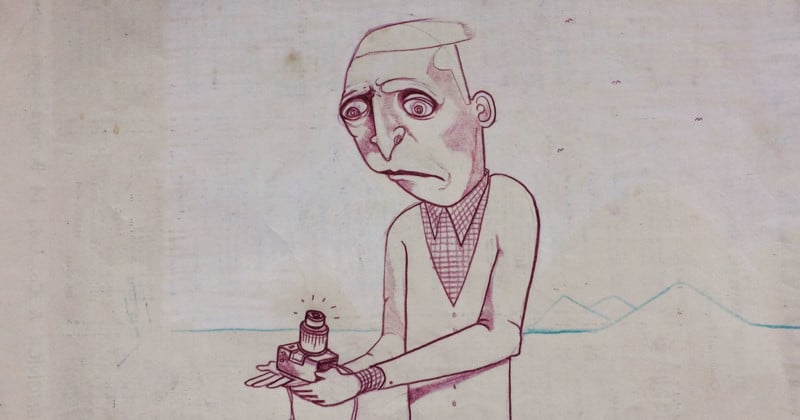 There was a new camera that was just announced. It’s really good, apparently. It’s got more megapixels. A brighter screen. It can stack lots of images together. It does everything you’ve ever wanted.

You’ll probably see lots of articles in magazines and on boring websites saying It’s The Last Camera You Will Ever Need.

It probably is. It’s probably brilliant.

So what? Nobody forces you to buy it. If you choose to spend your money on a camera that’s your decision.

But is it though? How much of that decision was driven by feelings of inadequacy when looking at your work? Or the hope that this new camera will elevate you to being a contender for Landscape Photographer Of The Year. Or the adverts which constantly bombard you about how great this new camera is compared to your current one. You know, the one which used to be The Last Camera You Will Ever Need. Maybe it’s not altogether your decision…

Recently, I posted online that any amateur photographer who spends $3,500 on a camera body needs their head examined and to be honest, I was sort of being flippant, looking for a reaction on twitter. But then I started thinking about it. Maybe what I was actually stumbling towards was the idea that consumerism itself is actually a form of madness.

I honestly think it is — and I know this from experience. In the past, I’ve spent ages deciding whether I “need” to upgrade my camera. Hours reading reviews or scrolling through arguments in comment sections, or watching boring men (it’s always men) droning on about a new camera in dimly lit YouTube videos. A pointless waste of time. Madness. There’s always something better, something newer, something shinier.

So, f**k this. I’m not buying any more stuff I don’t need. I’m off it. I’m Mark Renton, choosing life. I didn’t really need my last camera upgrade. Probably didn’t need the one before it either and it bothers me that even though I can see what is wrong with the system, I’m still sucked into it.

But why does all this matter? It’s not like I’m stealing to feed an addiction. I guess I’m basically just sick of consumerism. Sick of targeted advertising, lifestyle marketing, built-in obsolescence, product cycles, slave labor, unboxing videos, pro-endorsements, websites that cover tsunamis and relate them to when a new camera is coming out, magazines called “Stuff”, game changers, GAS, megapixels. The whole lot.

“Are these things really better than the things I already have? Or am I just trained to be dissatisfied with what I have now?” —Chuck Palahniuk, “Lullaby”

About the author: Christopher Swan is a landscape photographer and architect based in Scotland. The opinions expressed in this article are solely those of the author. You can find more of his work and writing on his website and Twitter. This article was also published here.

Ep. 206: Did National Geographic Not Go Far Enough? – and more

How It Was Shot: A Climber and a Total Solar Eclipse