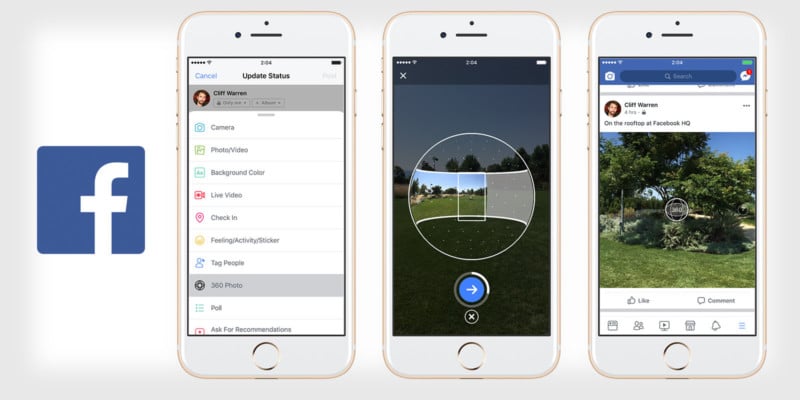 Facebook has updated its mobile app for both iOS and Android with support for capturing and sharing 360° photos without any extra hardware required.

It has been possible to upload and view 360° photos since May last year using images created on other devices, but now the Facebook app can handle the 360° capture itself.

The update brings a new “360 Photo” option to the share section at the top of the app. Tapping it will launch an interface similar that seen when shooting a panorama on your phone. You’ll be instructed to hold your phone steady as you spin around, keeping the graphic centered on-screen.

When you’re done, you will be able to select a ‘start point’ for the first frame of your image, before sharing it on your timeline or saving it as your cover photo. You will also be able to tag your friends as with a regular photo. 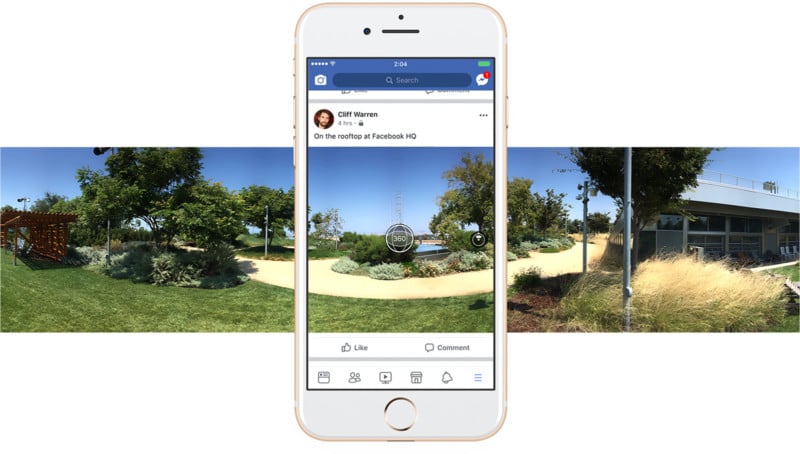 Facebook says that the feature has already begun rolling out worldwide, so you should start seeing it on your devices shortly.

(via Darrell Etherington via Engadget)