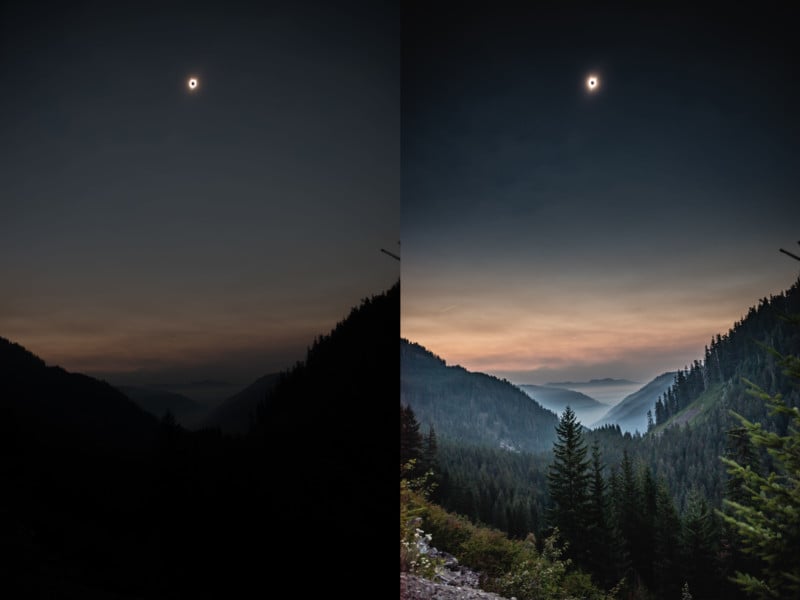 Here’s an eye-opening example that shows the power of shooting RAW. Photographer Dan Plucinski captured a beautiful photo of the solar eclipse yesterday, and this is the before-and-after comparison showing the straight-out-of-camera image (on left) compared to the edited one (on right).

Plucinski got to the location in Oregon at 6am and set up for his shot. During totality, Plucinski shot exposure bracketed photos using his Nikon D750. This photo was captured without a filter at f/2.8, 1/8s, and ISO 100: 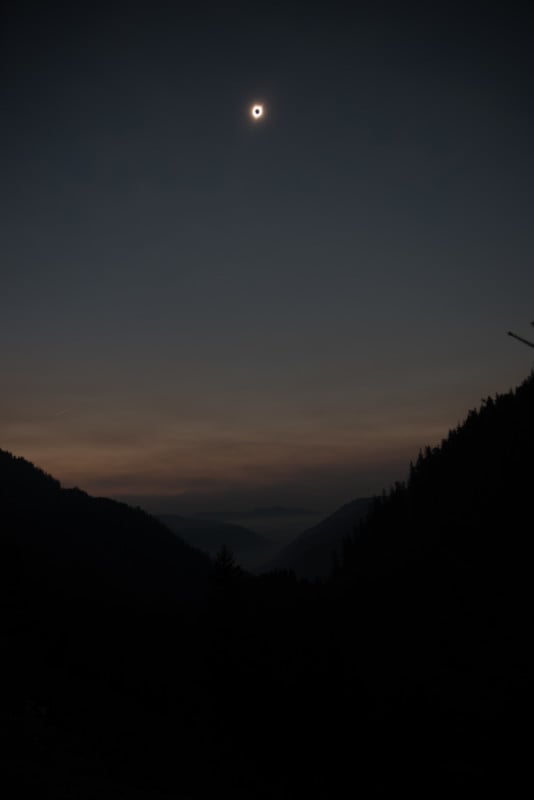 But this photo didn’t accurately capture what the human eye could see. To correct that, Plucinski did some minimal editing on the shot to bring out details in the shadows. Since he was working with a RAW file, there was quite a bit of detail to be recovered. Here’s what his photo looked like after the exposure tweak: 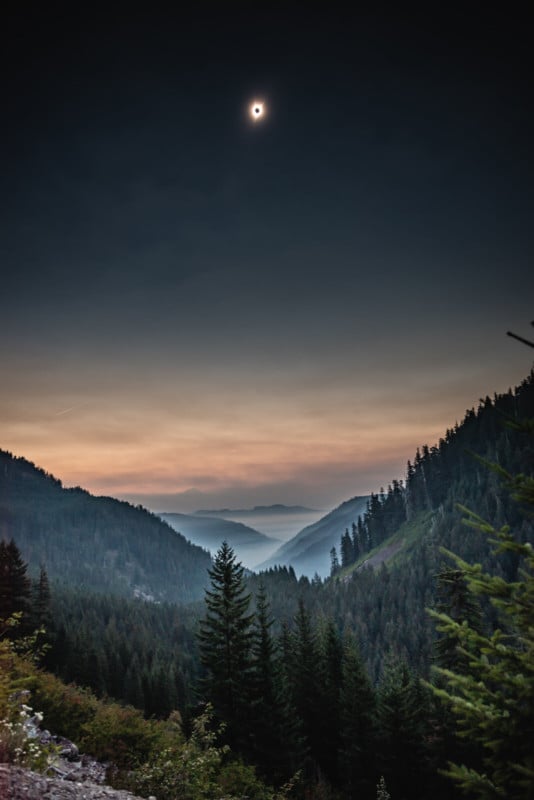 “The ‘fog’ is actually from the French and Whitewater wild fires,” Plucinski tells PetaPixel. “I bracketed my shots with the intention of using HDR, but after seeing how many recomposed images went viral, I just loved the authenticity of a single exposure like this.”

“It’s unbelievable, but that’s how it actually looked in person.”

Having this degree of flexibility for exposure adjustments is a huge benefit of shooting RAW over JPEG. At the same time, the Nikon D750 is a camera known for having a fantastic dynamic range.

And just in case you’re wondering, here’s what the details in the shadowy landscape look like if you try to recover them from the JPEG photo: 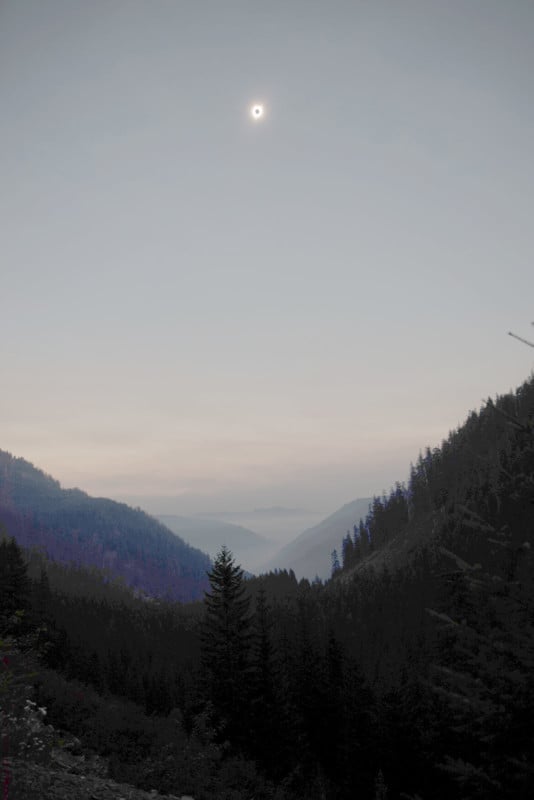 Update on 8/23/17: The photo was captured at f/2.8. An earlier version of this post incorrectly stated the aperture as f/11.

How to Shoot Magical Portraits in the Pouring Rain