A Tennessee man named Blake Henderson was recently flying in a small plane and recording some video of another plane on his Samsung Galaxy S5 when his phone suddenly got sucked out of the window. It survived the fall and was soon discovered by a very confused man who was working on his yard.

The 2-minute video above is what the phone captured during the ordeal.

Henderson “encountered severe turbulence while taking a quick video of the plane seen at the beginning,” writes his nephew, Robert Ryan. “It was sucked out of the craft and dropped around 1000 feet.”

Luckily for the phone, it landed smack dab in the middle of a soft pile of hedge trimmings. The man in the yard was surprised to find a phone on the ground… that was recording video. 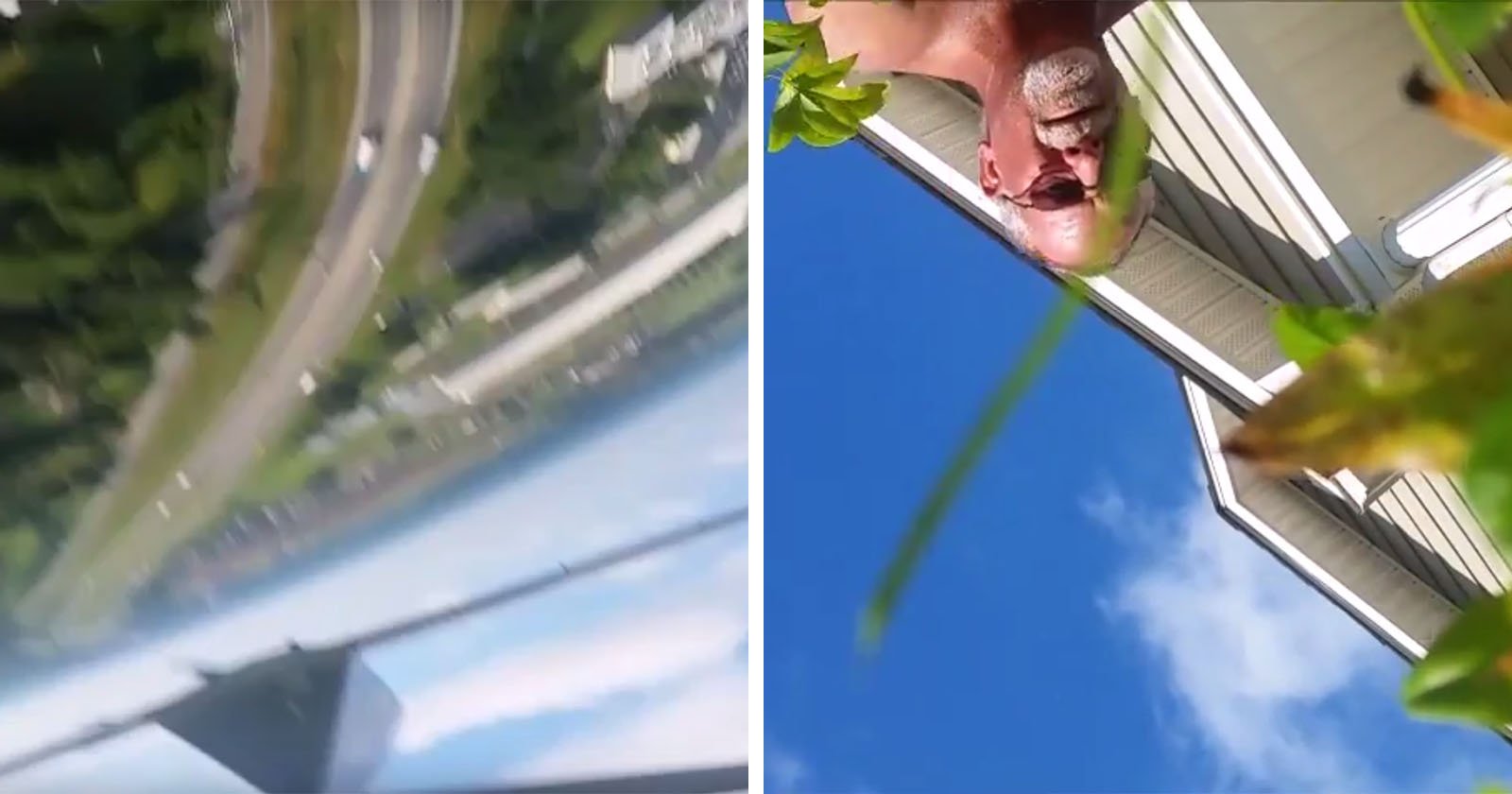 “Oop. Here’s your phone,” says the first voice in the video.

“This ain’t my phone!” says the man working on his yard. “Mine’s in my pocket. It’s got recording on too…”

The man’s wife then looked through the phone’s photos and videos, saw the airplane shots, and eventually managed to get the phone back to Henderson. Here’s a photo of where the phone landed:

Ryan has also published an unedited 11.5-minute version of the video, in case you’re interested.

A Forgotten Solution to the Problems of Zoom Lenses