Over in Singapore, there’s a 49-year-old man who’s known by photographers as “The Camera Whisperer.” He’s a camera repair whiz who helps photographers revive broken equipment that professional repair centers won’t (or can’t) bring back to life.

Channel NewsAsia published a profile of David Hilos and the 3-minute video above about his work.

Hilos tackles everything from minor focusing issues to waterlogged and corroded cameras and lenses. While bringing a drowned DSLR back to life is difficult with a slim chance of success, Hilos still gives it his best shot for the owner and sometimes gets lucky. 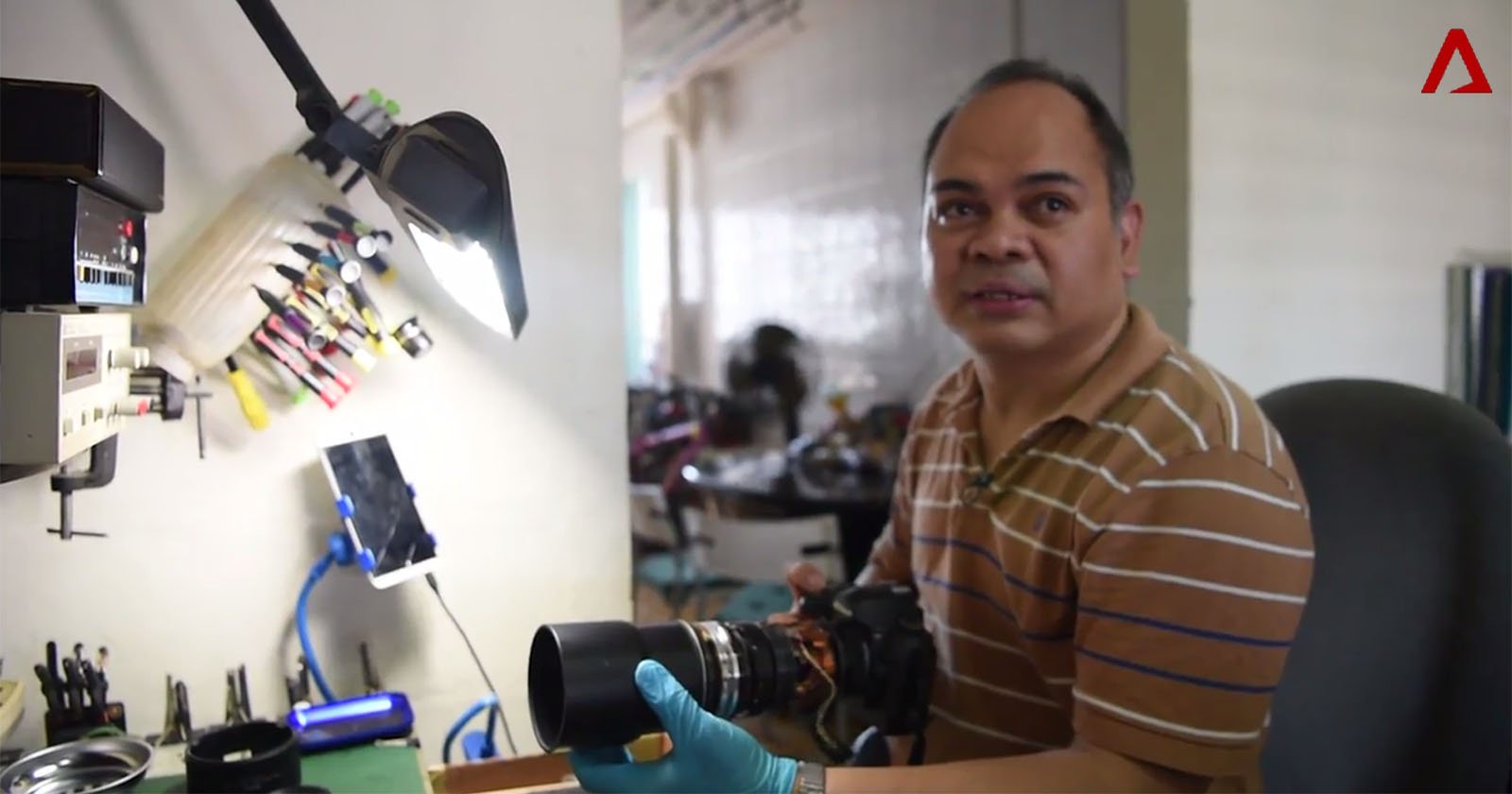 After becoming obsessed with disassembling and reassembling his toys as a kid, Hilos eventually became an electrical engineer. His camera repair work is simply a side hobby contained on a small table in the living room of his apartment. These days, he spends over 10 hours a week in his free time on repair work.

Over the years, Hilos has become respected in the Singaporean photography community for taking on “impossible” repairs for desperate owners and charging only a fraction of what service centers demand.

“For Mr Hilos […] fixing something that seems like an impossible task is something he finds ‘fulfilling’,” writes Channel NewsAsia.

A Timelapse of Star Trails Swirling Over the Oregon Sky