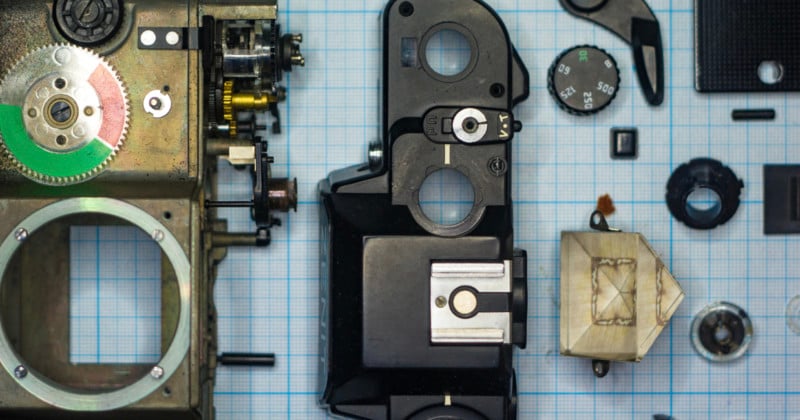 Camera Rescue has announced that it is starting a camera technician basic training program that is set to start in April of this year. The program will last four months and train eight people on the basics of film camera testing and maintenance.

Camera Rescue is based in Finland and started in 2010 when a group of photographers who really cared about film cameras came together with the goal of preserving them for future generations. The group’s goal was to rescue and repair 100,000 cameras by the end of 2020, and they came close: to date, they have repaired just over 85,000 film cameras and have over 4,500 more actively being serviced at the time of publication.

“In the past few years, more and more young people have discovered film photography, embracing the imperfections, the slow-down, and the tactile feeling of using film cameras,” the organization writes. “To help all these new people into film photography, we actively look for the cameras hidden away in cupboards and attics to give them new life. We believe that getting into film photography is hard enough without having to battle with light leaks, inaccurate shutters and broken lenses. That is why we check and repair the cameras that come through us.”

Just because the group didn’t quite meet their goal for repairs doesn’t mean they are struggling to find cameras to fix: quite the opposite it seems. Currently, the group has four camera technicians and three camera mechanics. That group inspected and repaired over 25,000 cameras in 2020 alone, and with a growing amount of work in sight, Kameratori Oy (the Ltd company employing the team) is looking to hire more people.

The only problem is that nowhere in the world is there a training program in place for repairing and inspecting film cameras in concert with TAKK (Tampere Adult Education Centre) and the local unemployment office (TE-palvelut).

As such, Camera Rescue is looking to fill that gap and revitalize the nearly-lost craft of analog camera repair. The group says that the training period will be very hands-on and will aim to give a full overview of all different types of cameras and equipment that passes through the repair process and leave those trainees with enough skill and knowledge to properly inpsect them.

“The curriculum has also several weeks of related theory studies – including the basics of electronics, materials and 3D printing,” Camera Rescue writes.

Camera Rescue says that the goal of the program is to build up the team in Tampere, and applicants should be willing to permanently relocate to the city if the program results in a job offer.

“A further two-year training program to become a camera mechanic is being developed and can be offered to the camera technicians interested in the most artisanal aspect of the camera world – camera repairing,” the organization continues.

The program is free, and there are no costs that fall onto the prospective student. Quite the opposite, actually.

“You will be paid the whole time,” the organization writes. “During the camera technician basic training program you get the unemployment benefits you would get anyhow (the amount is based on your recent work history in Finland). After the basic training, the ones chosen to stay in the program will get jobs and a salary.”

At present, the only rule on signing up for the program is that you must live in Finland and that currently is only in place due to COVID-19 restrictions in place in Europe. Eventually, if the program is successful and Camera Rescue continues it, there does not seem to be any issue with anyone from any background applying to become a camera technician. In fact, the organization actively encourages it.

The application period ends on March 22, interviews will be held between March 29-30, and training will begin on April 12. You can find the application, written in both English and Finnish, here.