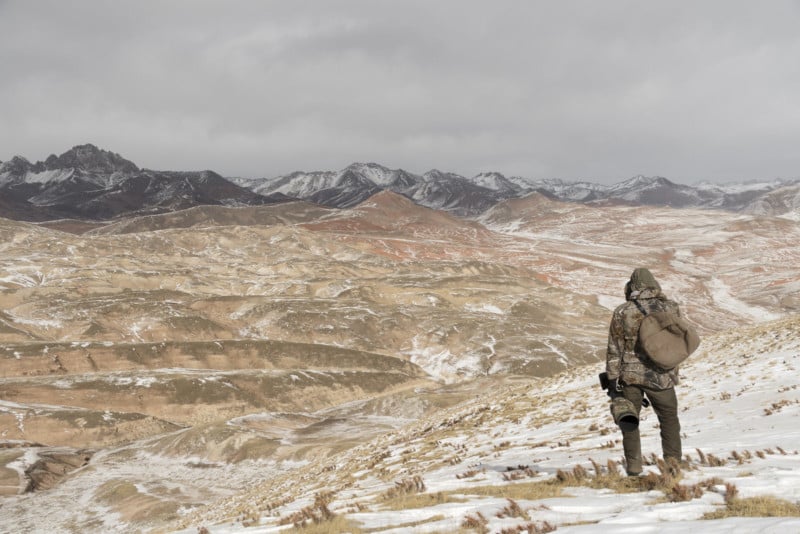 There are only an estimated 4,000 or so snow leopards surviving in the wild, and capturing a photograph of these elusive, endangered cats is notoriously difficult. Nikon recently sent wildlife photographer Vincent Munier on a dream photo expedition to Tibet in pursuit of snow leopard photos.

Munier’s ambitious project was aided by the company through its European Ambassador Programme, which gave Munier the means to make his dream photos come true, but the photographer still had to personally brave crazy conditions in Tibet. 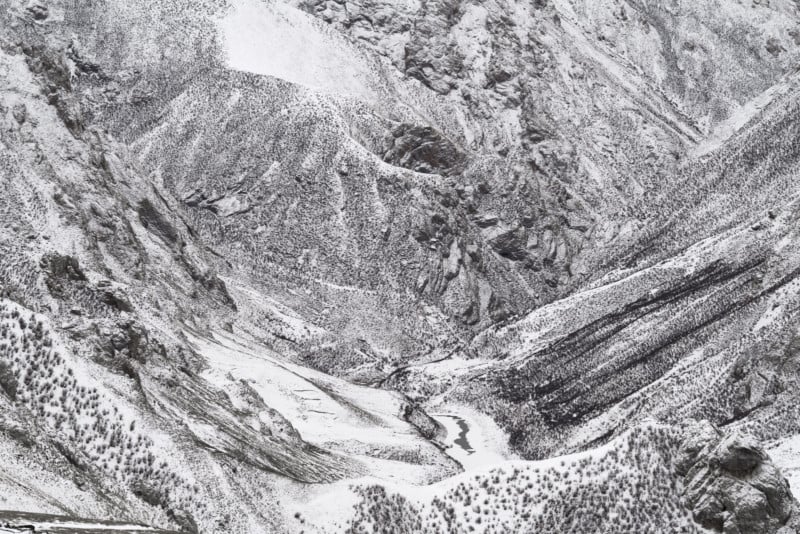 His trip with a local Tibetan guide took him through some of the relatively unknown and unexplored places of Tibet, where the photographer faced altitudes of 5,000m and temperatures of -35°C (-31°F). But here’s how much patience and determination you’ll need for snow leopard photos: Munier had to visit Tibet and brave these crazy conditions three separate times before he finally spotted a snow leopard. 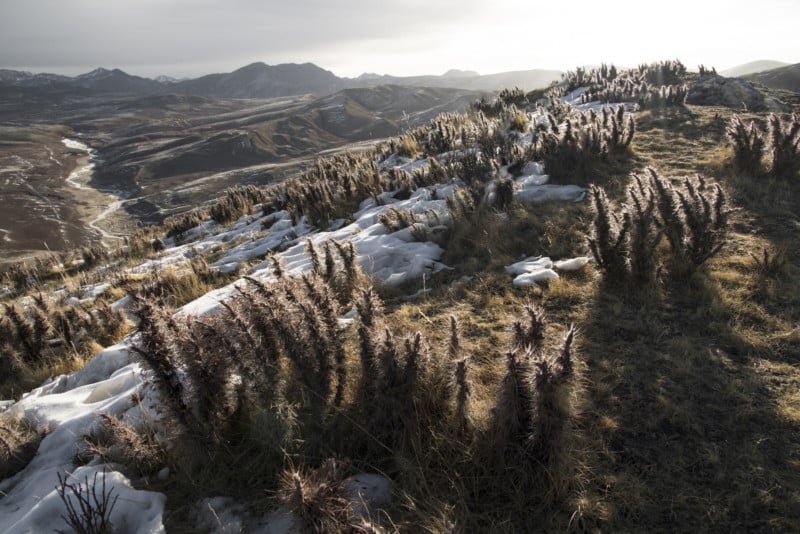 “Their camouflage and cautious nature make them difficult to spot and locate,” Nikon writes. “On this third trip, he managed to stay in close proximity of a mother with her baby for two days, documenting them hunting together with his chosen camera body and lens combinations.”

Here’s the story of Munier’s most memorable moment from the trip:

I had an incredibly close encounter with a beautiful snow leopard. I found a mother with her baby and I stayed with them for two days, watching them from behind a rock. At first, she tried to hunt blue sheep, the snow leopard’s main prey. When she failed, she moved to a canyon, and I managed to follow her there.

I was about 100 meters from her, which was both incredible and terrifying. Then I noticed her detect my shadow. I instantly dropped to the ground, she came closer and closer, and I realized she could attack me at any minute. After a moment, I stood up to reveal to her that I was a human and not a wild yak or potential prey. She ran away but looking at each other before she fled was an amazing moment. I have read a lot about snow leopards, but haven’t heard of anyone telling a story like this. They know everything about their mountains – most of the time they see you but you don’t see them. This time, we saw each other.

Here’s a 3-minute video in which Munier shares the story of this project:

“We have a strange relationship with nature – there’s a gulf between us,” Munier says. “When I work on projects I like to go to the extreme in an attempt to close this gap. It is not easy, and often I’m scared of the terrain, climate, and even the animals.

“But it is important humans understand they are not the masters of the world. I value being able to regularly go back to nature and live without my home comforts, experiencing the same conditions as these creatures.”

How to Boost Your Photography Sales and Get Published in Magazines