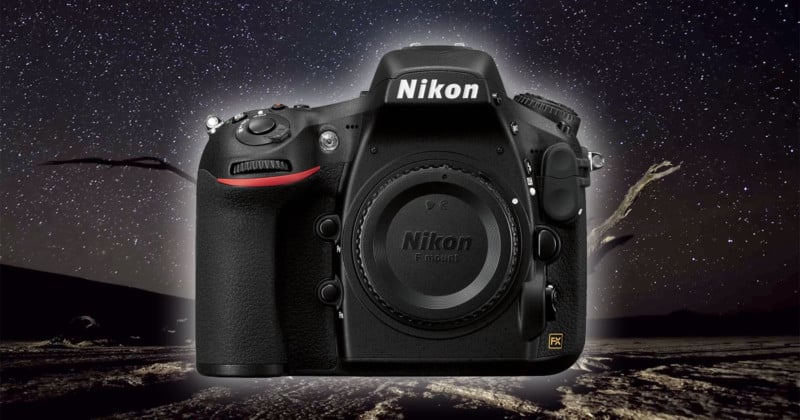 I am writing as a longtime Nikon photographer and someone who has been working extensively with your cameras and who has written many reviews in the past years. I have been shooting in the area of timelapse photography for many years now, and have given many workshops and training sessions. 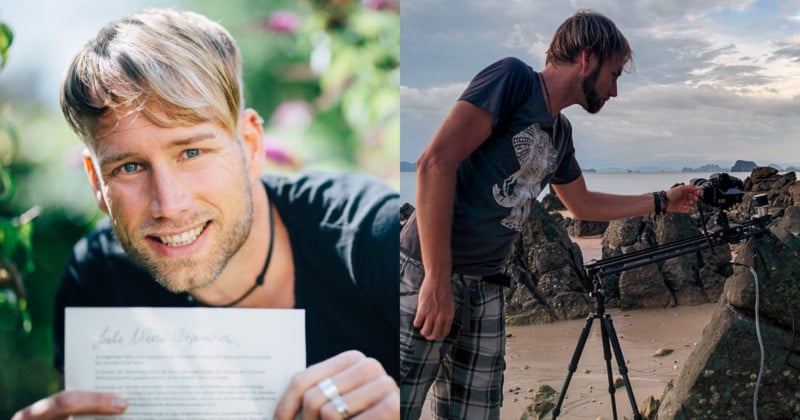 For your 100th birthday, you announced the Nikon D850, a camera that, according to your advertisement, should be particularly suited to create 8K timelapse movies.

I am especially pleased that you have now finally identified timelapse photography as one of the important areas in which your cameras are being used.

In fact, for long a time, digital SLR cameras (and especially Nikon cameras) have become indispensable tools for timelapse photographers. Many photographers prefer Nikon cameras because of your great sensors with high dynamic range and outstanding ISO performance. But there is a lot more to consider when you want to record a good timelapse than just using the interval or timelapse feature of your cameras.

For example, the timelapse function built into some of your newer cameras that directly outputs a video usually does not fulfill the demands of serious timelapse photographers. For high-quality timelapse clips, we would prefer a dedicated RAW file based output that gives us more freedom for editing.

Over the past few years, the timelapse community has been intensively working on developing special techniques that have brought timelapse photography to a fairly high level. Recordings, such as day-to-night and night-to-day transitions, which not too long ago were considered impossible — they are called “The Holy Grail” of timelapse photography for a reason — can now be easily done by everyone.

In order to understand our requirements as timelapse photographers, let me briefly explain which factors we consider most important for advanced timelapse:

For aesthetic timelapses, we always try to work with long exposure times. Exposure times that are at least half as long (so called 180°-shutter) and often almost as long as the intervals.

Think about the astro scenes from your last promo video for the D850. Such shots of the Milky Way need long shutter speeds of approximately 20 seconds per shot.

At the same time, however, we would rather prefer to shoot with short intervals, because the interval with which the images are recorded will set the speed of the playback of the final clip and this should not become too fast.

For Northern Lights, and other fast moving subjects, we bring this to the limit of what’s technically feasible — intervals of one second are rather common, with even shorter dark-times.

During this dark-time, your camera must save the picture, show it on the display and provide it via Wi-Fi and USB for external analysis.

All this already works with some of your cameras today with an appropriate external intervalometer. But, unfortunately, not with the timelapse tools that you currently provide in your cameras.

With any dark-time lower than 6 secs, cameras like the D750 will not display any preview when using the built-in intervalometer. This means that a photographer who needs to have control over what he is shooting cannot work with intervals below 7 seconds. And even then the exposure will be limited to 1 second only.

You may ask yourself why it is so important to be able to see the pictures during the recording. Well, many exciting timelapse situations span over a long period of time during which the light can change dramatically. Those dramatic changes require the photographer to control the camera exposure, but he will only know when to take action if he sees what is being captured. 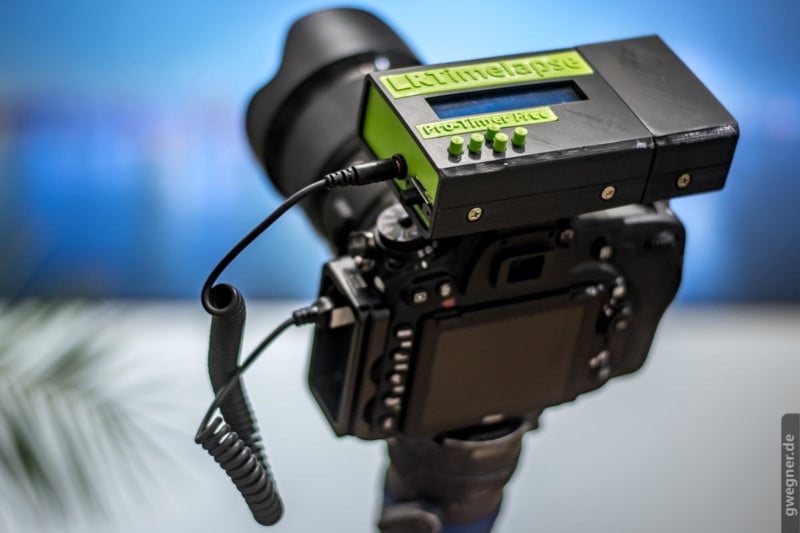 I’ve already mentioned day-to-night transitions, which we love to capture, because they mostly result in spectacular timelapses and for a long time have been a real challenge to shoot. In such situations light changes continually and very drastically, so that the camera settings have to be adjusted frequently. To be able to do this however, we need access to the images and their histogram in order to know when we have to adjust the exposure time, aperture or ISO. Otherwise, we would quickly get images that are over- or under-exposed.

You might ask yourself why we do not work in A-mode or the P-mode, possibly in combination with the ISO-automatic?

These modes have been designed for handheld photography. They always aim towards short exposure times and, with activated ISO automatic, first raise the ISO before going towards long exposure times.

What we really need, instead, is a shooting strategy specifically adapted to the requirements of timelapse photography. In the case of a sunset, for example, at first the exposure time has to be increased, then the aperture will be opened, and finally the ISO will be increased. Additionally we would like to be able to intervene at any time, depending on the situation.

You see, this is not realizable with the tools that you provide today, but that’s okay for us. You provide cameras with the great sensors and great dynamic range, and we are the experts for timelapse photography and do the rest with our special external tools and techniques.

Controlling the Camera via Wi-Fi

To accomplish this, most of us use special apps on smart devices, which are usually connected to the camera via Wi-Fi. USB is possible too, but that would not work for many mobile devices — for example, those with iOS.

After a capture, these apps download the preview image from the camera, analyze the histogram, and determine when exactly which camera parameter has to be adjusted in order that the scene will not get over- or underexposed. This control happens in such a way that the final look will be as aesthetic pleasing as possible.

The smoothing of the residual brightness jumps resulting from this so-called “ramping” process will happen in post processing with special software such as LRTimelapse.

This procedure works great and leads to perfect results! Black times of only 1 second are possible in practical use! During this time, your cameras do not only write RAW+JPG to the memory card, but also transfer the JPG preview via WiFi to the smart device, the app analyzes it and changes exposure time, aperture or ISO within the same second. Awesome, right?

At least this was working until about a year ago! Unfortunately, then you decided to make our special tools practically useless by closing your Wi-Fi to 3rd party apps with the introduction of “Snapbridge.”

Don’t get me wrong – I like that you are introducing with new approaches for the connection of smart devices. But it’s definitely unfortunate that you decided to exclusively allow only your own app to access the Wi-Fi interface and blocked any special app from third party developers.

It’s even understandable that SnapBridge is still at the beginning (currently it does not even allow changing camera parameters at all) and I really wish that you will to improve this app in the future and make many users happy. But it is also clear that this will never be an app that can support all the special applications for us timelapse photographers, astro photographers, macro photographers and so on in a way like specialized tools, which were developed by experts in their area over years.

I would therefore ask you to restore the ability to work with our specialized tools. We will then continue to use your cameras with pleasure and create great, creative work with them in our special areas! Unfortunately, as of today this is not possible with any of the cameras which have SnapBridge enabled.

Technically, the standard Wi-Fi interface is also available in your new cameras with SnapBridge, and in principle it even would work with our specialized apps. Unfortunately, currently the cameras switch it off after a short time, as soon as the user switches from the SnapBridge app to another one.

Thus, the only thing missing for us in your new cameras is the possibility to manually turn on WiFi via the menu independently of the SnapBridge App!

This is my modest request: Please give us back the possibility to use Wi-Fi independently of SnapBridge! We would be really happy, if you could provide a firmware update for the Nikon D500, D5600 and D7500 and a corresponding implementation in all upcoming cameras. The timelapse community and all others who depend on an open Wi-Fi implementation will continue to be faithful users of your cameras in the future!

The other issues, for example, with regard to the internal intervalometer, should be addressed, but we can easily work around them by using external tools.

However, if you’re really serious about your new focus on timelapse photographers, I would like to offer you my expertise as a consultant. I’d be more then happy to help you developing a state-of-the-art timelapse solution for your cameras, leaving nothing to be desired!

Thank you for your consideration and all the best wishes for the next 100 years,

P.S. If you agree with this open letter, please consider leaving a short comment on my website to add your voice to the request. The more voices we have, the more force our common request will have when I send it to Nikon!

About the author: Gunther Wegner is a timelapse photographer and the developer of LRTimelapse, a leading solution for timelapse editing. The opinions expressed in this article are solely those of the author. Wegner gives workshops and trainings for amateurs and professionals and consults companies in the field of timelapse photography. You can find more of his work and writing on his website. This article was also published here.ere.

45% Stake in Leica is Up for Sale, Zeiss Reportedly Wants to Own It