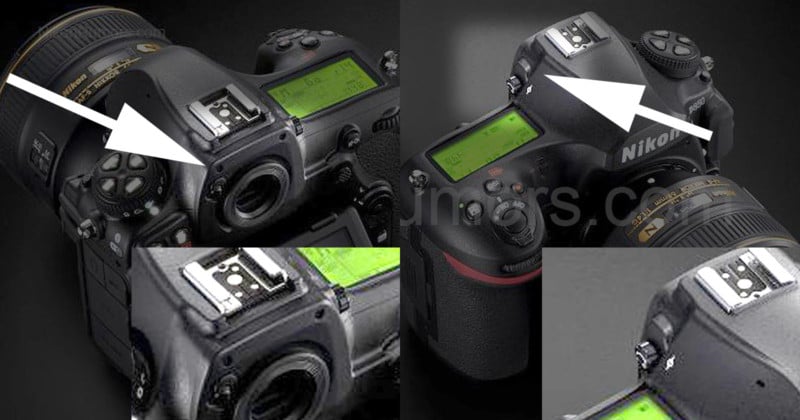 The first photos of the upcoming Nikon D850 leaked yesterday, and quite a few features and specs were gleaned from them. But there’s one speculation that could be huge if true: some think the D850 might soon be the first ever DSLR that has a hybrid viewfinder with OVF and EVF.

After seeing the press photos leaked by Nikon Rumors, a Flickr user named anankephi observed that there appears to be an unusual switch on the redesigned (and unusual looking) top of the DSLR near the diopter, possibly for toggling the viewfinder between EVF and OVF: 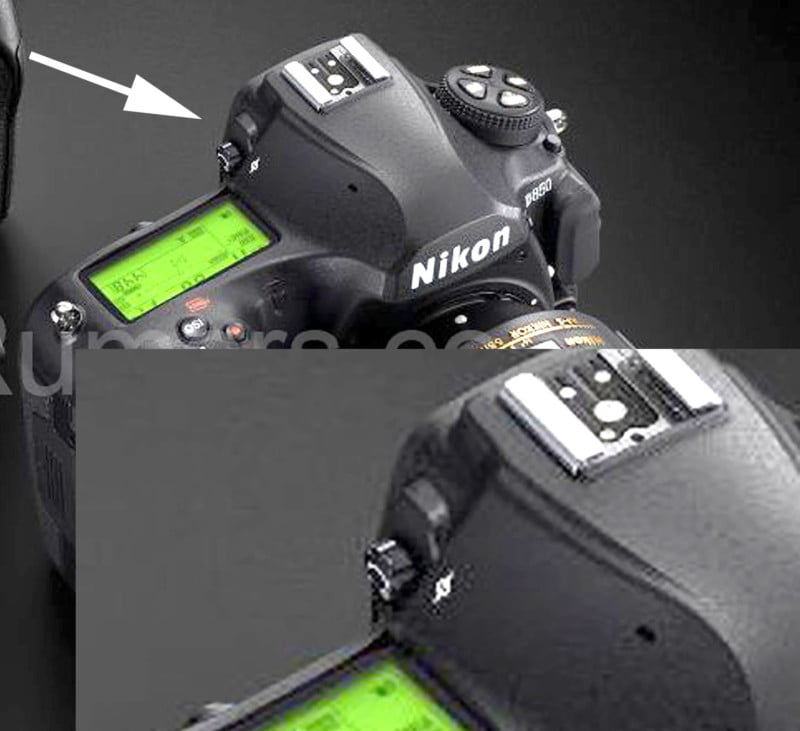 What’s more, there are large holes next to the viewfinder eyepiece, which look too unseemly to be screw holes. Instead, they could be eye detection sensors for activating the electronic display in a hybrid viewfinder: 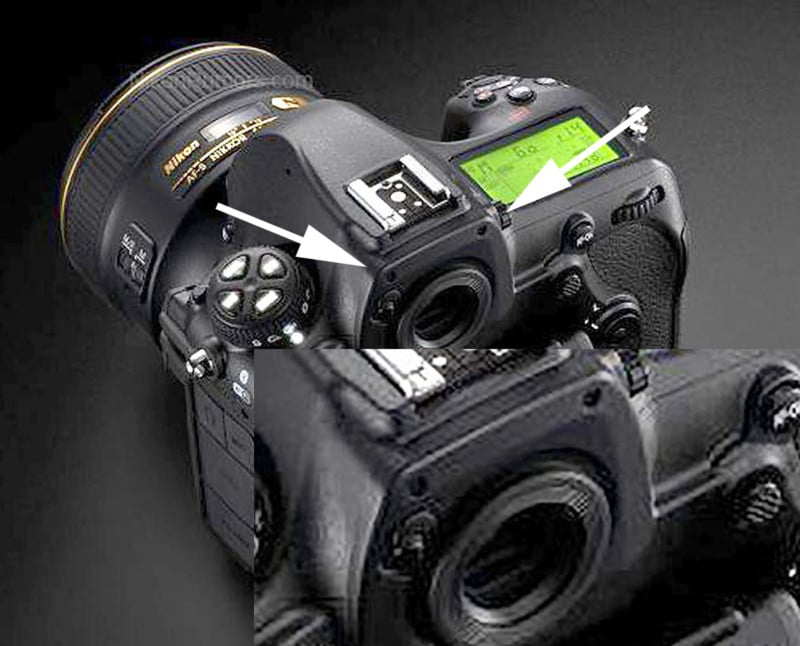 Also, the whole viewfinder section of the camera appears to be elongated compared to the D810 when viewed from the top down. For comparison’s sake, this is what the D810’s eyepiece area looks like (there are no holes): 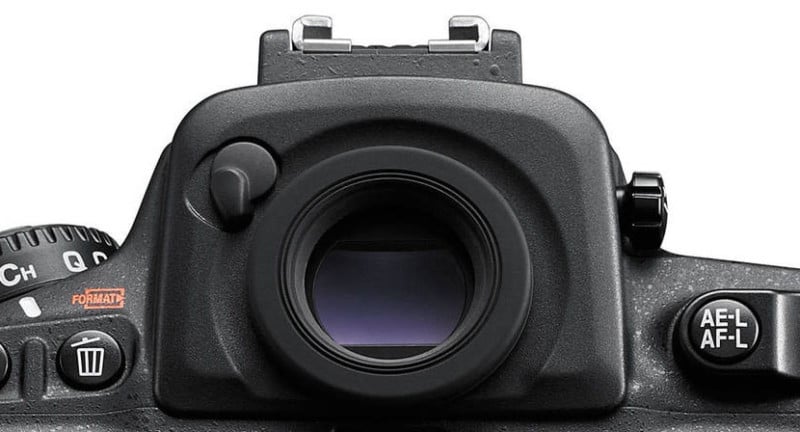 This wouldn’t be completely unexpected, either: Nikon has been filing patents for a hybrid viewfinder in a DSLR for over half a decade now. Back in 2011, we reported that Nikon was working on a Fujifilm X100-style hybrid viewfinder that can switch between optical and electronic views. 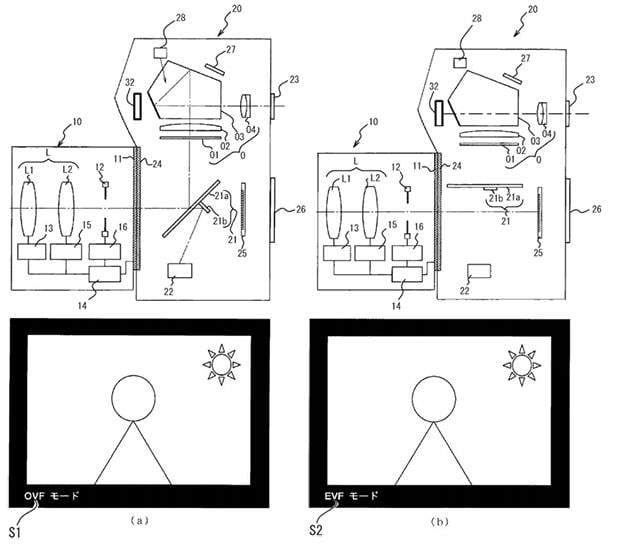 Another Nikon hybrid viewfinder patent and illustration emerged a couple of years later: 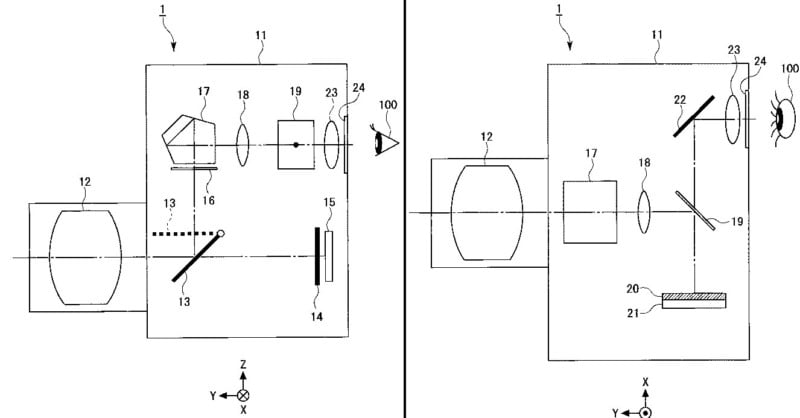 Popular YouTuber Theoria Apophasis is convinced that a hybrid viewfinder is the only explanation for what’s seen in the leaked photos:

“This would allow the Nikon to have the best of both world’s,” sonyalpharumors writes. “The accurate and fast phase detection performance and the benefits of the mirrorless systems like focus peaking, WYSIWYG, and so on.”

“[T]he technological difference between the DSLR and Mirrorless system cameras is evaporating.”

Of course, this could also be imaginary and something that doesn’t actually materialize when the D850 is officially announced in the coming weeks. We’ll know soon enough.

Update: “Everything so far is pure speculation based on the design of the D850 pentaprism and previous Nikon hybrid viewfinder patents,” Nikon Rumors writes. “[…] as of today, I have no reason to believe the D850 will have such technology.”

Also, the Nikon D2, D3, and D4 had prominent screw holes on the viewfinder component:

Update on 7/28/17: Bad news: it seems this was indeed imaginary. Nikon Rumors is now hearing confirmation that the D850 has a standard viewfinder.

“The Nikon D850 has no EVF or hybrid viewfinder,” Nikon Rumors writes. “The D850 is ‘regular’ DSLR camera”