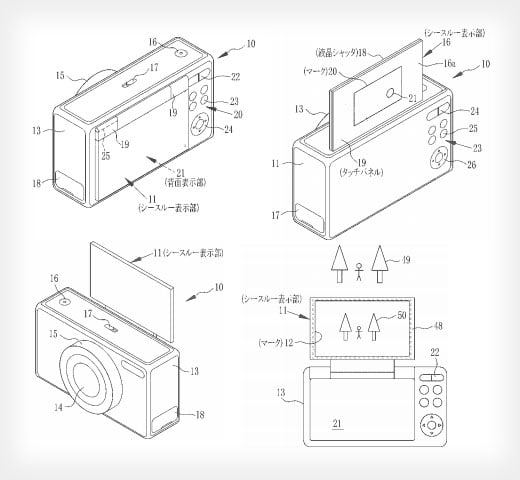 Electronic viewfinders have become all the rage as of late through the rise of the mirrorless camera, but many photographers still prefer optical viewfinders due to certain weaknesses of EVFs. One major drawback is the fact that the scene is often laggy, especially in low-light situations, making it difficult to track a moving subject.

Nikon is apparently trying to combine the best of the OVF and EVF worlds by developing a new giant viewfinder that’s see-through.


In a patent filed by the company late last year and published just last week, the company reveals the design for a novel semi-transparent viewfinder that swivels up from the rear of the camera. 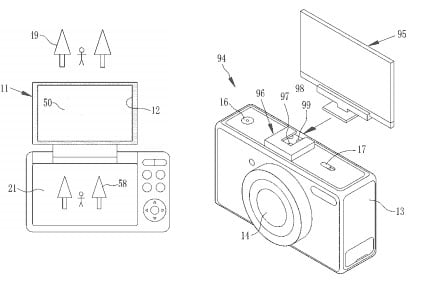 The viewfinder would allow photographers to see more of a scene than they’re captured in photographs — one of the advantages of using a rangefinder camera — and would also allow settings to be changed while keeping your eye on your subject.

Useful information can also be displayed directly on the optical view (e.g. a line for capturing level horizons).

Self-portrait shooters would be able to use the semi-transparent scene to frame their own faces while the camera is pointed at them: 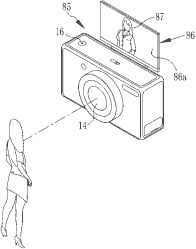 About a year ago, we reported on a similar Nikon patent that showed a hybrid viewfinder for DSLRs. This latest one appears to be geared toward compact cameras.

Hybrid viewfinders may be a trend that we’ll see emerging over the next few years, as more and more camera companies attempt to replicate the success Fujifilm found with its X100/X-Pro1 hybrid viewfinder.