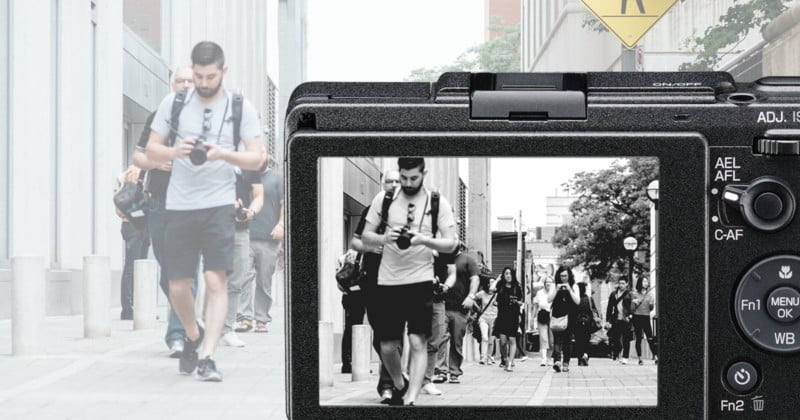 Black-and-white was naturally the first choice for photographers of old due to technical restrictions. Film wasn’t able to showcase color, and it took a long time until more and more street photographers explored new opportunities for color work. Nonetheless, it seems most modern street photography photos are still in B&W.

Modern technology is now more than able to capture colors of the real world. If necessary, editing makes it possible to change the look of colors in any direction you can imagine. And additional complexity like white balance becomes easier to deal with thanks to digital cameras offering RAW files that give photographers more flexibility to adjust the look afterward.

But the following are some of the possible reasons why B&W is still popular among street shooters.

Documentary photography is one of the oldest genres, and a lot of street photographers try to replicate the look of classic photographers like Robert Capa or Henri-Cartier Bresson. Even until the late 70s, most icons didn’t make the transition but continued to shoot in B&W. Exceptions such as Joel Meyerowitz or Saul Leiter were pioneers with their beautiful color work, but they also had to fight a lot of criticism.

For interested photographers in the modern age looking to make their way into street photography, it is much more likely to discover the work of Vivian Maier, Robert Capa, or Bruce Gilden, who almost exclusively shot in B&W. Quite interestingly, Vivian Maier also had a collection of color images that have mostly remained unpopular.

For landscape or portrait photographers, there are icons like Sebastiao Salgado or Helmut Newton who put out impressive black and white images. But looking back, the past decades have been dominated by color work.

In contrast, street photographers never quite made the full transition and therefore beginners are more likely to try their luck with monochrome images first, following their idols. 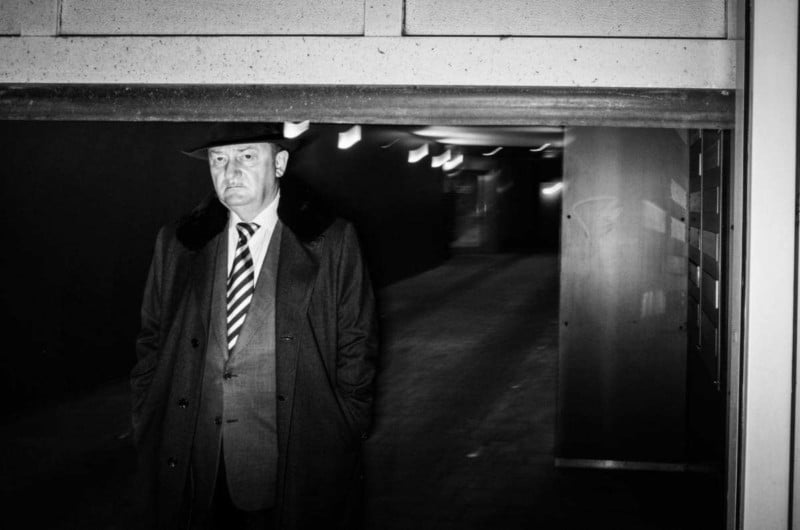 Focusing on the Subject

There are also a few characteristics that make black and white advantageous in comparison to color.

Street photography is one of the hardest and most fast-paced genres, leaving little to no time for the composition. While studio photographers can often take all the time they want to create their image very carefully, street photographers have to react on the street very quickly.

This can be very difficult, and the composition doesn’t always come out like the street photographer had envision. Often, you observe a nice scene that really catches your interest, but you also face the problem of distracting objects in the background. Especially colorful objects can distract the viewer and sidetrack the attention.

To restore the original focus of the image, it can be helpful to display the picture in B&W. This way, the content becomes king and the look becomes less important. Since street photography often tries to show a story or the interaction of people, B&W can help to emphasize the content, by fading out distracting colors. 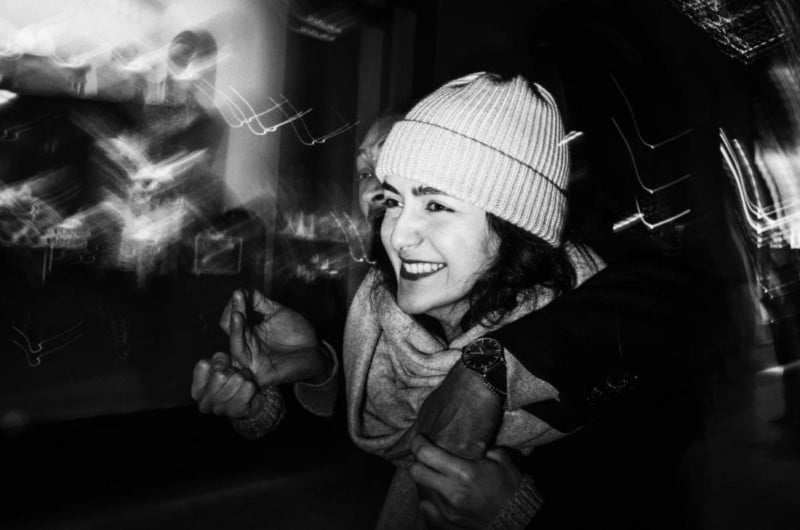 While beauty itself often isn’t the sole subject, the contrast of light and darkness is a frequently used subject. A lot of street photographs revolve around subjects being in the spotlight while a lot of the scene is hidden in the dark.

Often times it is more interesting for the viewer when not everything is revealed, but there is still room for imagination. This kind of image works very well in B&W. Increasing the contrast also adds to this effect. Colors often would be too distracting and take away from the mysterious atmosphere.

In the same vein, silhouette images work very well as monochrome versions. The picture becomes very minimalistic, but when done right can encourage the viewer’s imagination. 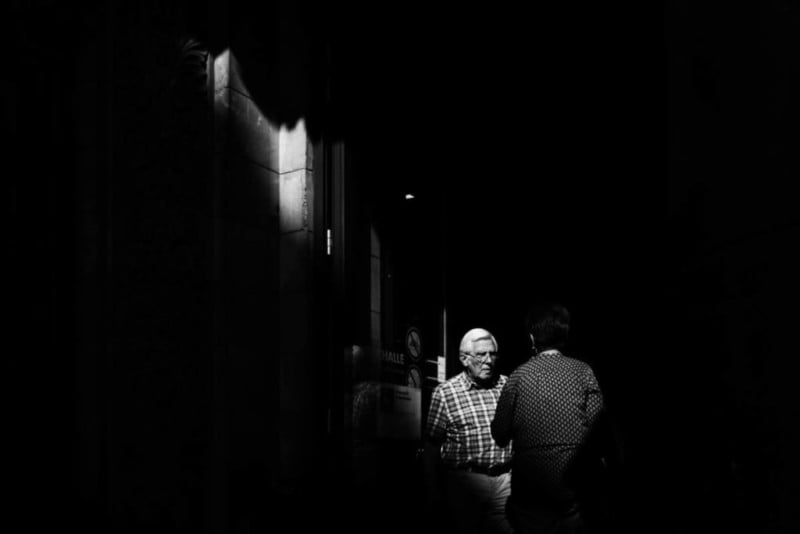 When I started my journey into photography, I didn’t want to invest too much money in a camera. A consequence was that ISO noise became very apparent, especially in low light situations. In color work, this can become very distracting and lowers the overall quality of the image. For B&W, some noise can actually work very well, because it resembles the old analog look. You don’t need a Fujifilm X100F to begin with. A Ricoh GR works wonders, even in low light situations when embracing the film look.

Later on for me, the noise wasn’t an annoyance anymore but instead became an aesthetic choice. It is a lot easier to emulate old pushed Tri-X film than the ever popular Kodachrome. Color has to factor in a lot more variables which make it near impossible to emulate them perfectly.

This led to the development of free film presets like the Silver Efex package. So for the classic film look, monochrome has a lot more to offer and is much easier to replicate, than his colorful alternative. 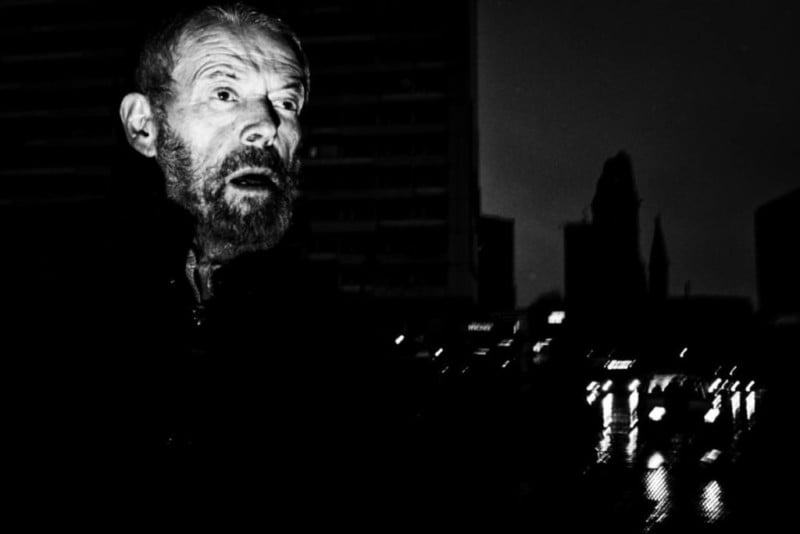 Colors Have To Match

Just as light and darkness can become subjects on their own, colors play an important part in color images. Whenever the photographer decides to stay away from monochrome versions, the colors shouldn’t just be there randomly. In a way, they should make sense and really add something to the scene as if the photographer painted the scene himself. Otherwise, why should you include them?

Therefore, I feel that colors should match in some way. This could be that one color is very present in the image, or that different colors create either a very harmonic picture or tension. But including color just for the sake of not doing B&W doesn’t work most of the time. Color is too complicated, especially in uncontrollable situations like street photography.

Because of that, B&W is often the “easier” choice by reducing the complexity and difficulty of an image. 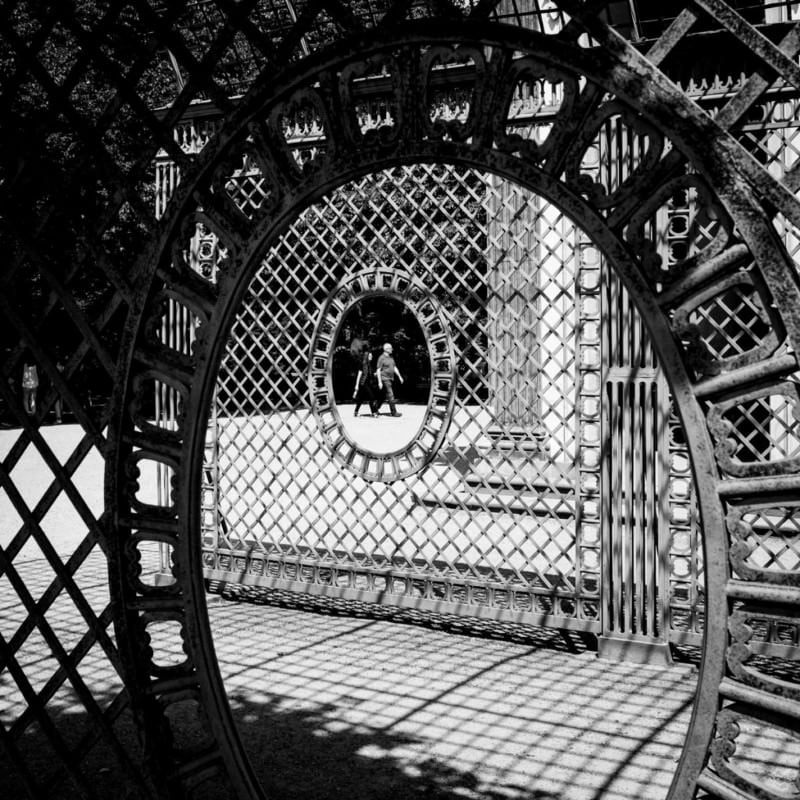 Is Black and White Easy?

One often misused misconception is converting a bad colorful picture into monochrome and hoping that it turns out better. I agree that B&W makes it easier to conceal mistakes, but a bad photo stays bad and doesn’t profit from monochrome. A picture that doesn’t work in color, because it lacks the depth of story or is badly framed, won’t be better in B&W.

In general, I’d advise you to think about which style you chose before you go out and shoot. Both variations are unique and aren’t interchangeable with a simple click in the post production. You have to observe the world very differently. With B&W, you will focus more on the light and shadows, while color requires you to have a look at every possible combination of annoying colors that could break your image.

Nonetheless, there is a huge amount of B&W released on the Internet very day. Standing out from the masses is very difficult when you can only show distinctions of gray. It is easy to get lost in the mass of mediocre monochrome images. Therefore, you have to develop a unique picture style that is distinctive from the rest.

Either way, try sticking with a style for more than only a few images and not switching back and forth. B&W might be a classic that will never run out of fashion, but with color street photography you could set the next highlight in your unique style.

About the author: Sebastian Jacobitz is a street photographer from Berlin, Germany, capturing the everyday life in the city. The opinions expressed in this post are solely those of the author. To see more of his work, visit his website, The Street Photography Hub, or give him a follow on Facebook and Instagram.

Bald Eagle Steals GoPro and Takes it for a Joy Ride

Beware: What You Wear Can Affect the Portraits You Shoot