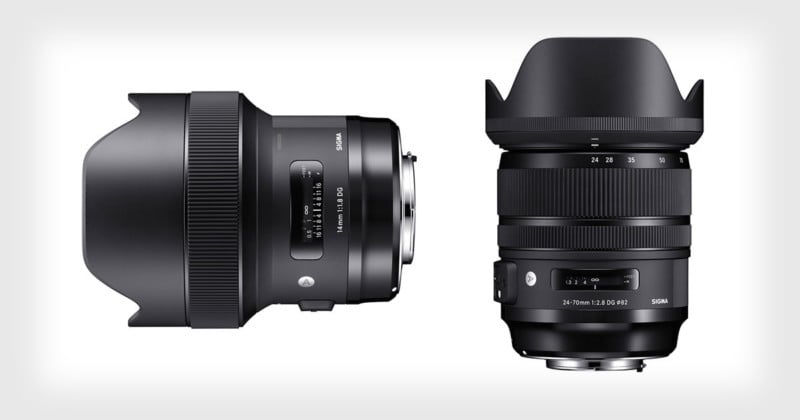 Sigma has just announced pricing for its new 14mm and 24-70mm Art lenses. The information comes 4 months after the original announcement of the new lenses.

The ultra-wide angle Sigma 14mm f/1.8 Art lens, compatible with Canon and Sigma camera systems, will begin shipping this month. The Nikon version of the lens will start shipping in July this year. The lens will retail for $1,600. So how do they line-up with other lenses on the market? Neither Canon or Nikon make their own f/1.8 version of a 14mm lens, but they do make f/2.8 versions and these lenses have been around for a while. BTS: Shooting a Subzero Time-Lapse at 10,000ft in the Swiss Alps