Sony’s flagship a9 camera is the first full-frame mirrorless that can really compete with DSLRs when it comes to overall speed. This 30-minute comparison from Max Yuryev and pro sports photographer Paul Nelson pits Sony’s camera against the Nikon D5 under a variety of conditions.

The duo were very impressed with the a9, particularly with its ability to outperform the D5 in extreme low-light AF, and the framing advantages of the wider AF coverage. The a9 is also lighter, and the silent shutter made a big difference during an on-canvas shoot of MMA fighters. 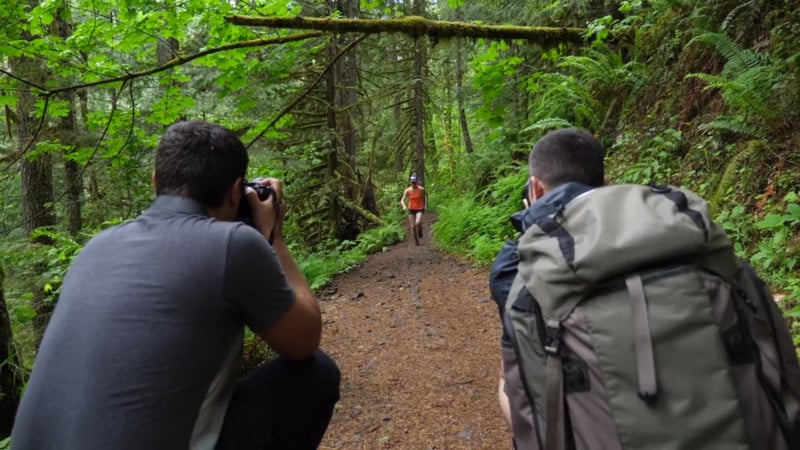 The buffer unload time was significantly longer for the Sony, with the Lexar cards used in the D5 being faster (and cheaper) than the Sonys). The two photographers also prefer the LCD on the D5.

The a9 was able to match the D5 in tracking AF and high ISO performance. Nelson concluded that in the case of shooting MMA fighters (as he frequently does), he would prefer to use the a9 because of the AF coverage and the EVF’s ability to show the actual exposure under poor lighting. 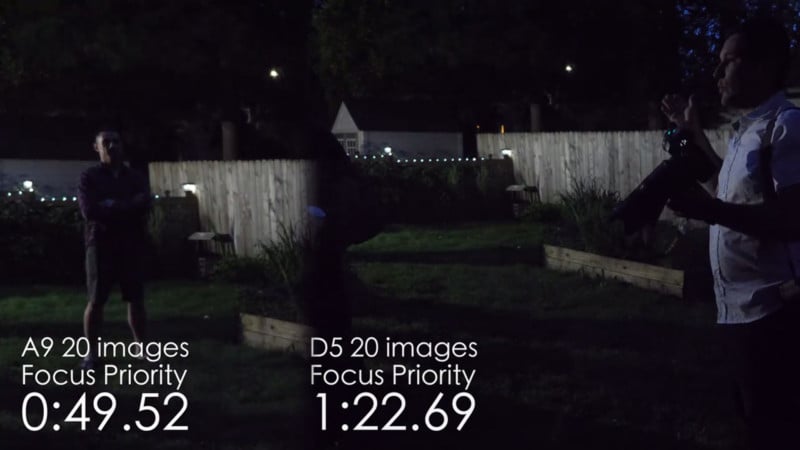 Interestingly, racking focus (typically problematic with mirrorless cameras) was actually better on the a9. Not only did it capture more images because of the larger buffer, but more of them were in focus than with the D5.

“There’s one conclusion we both agreed on,” the duo concludes. “The [Sony a9] lives up to its hype, and then more. The hype is real.”