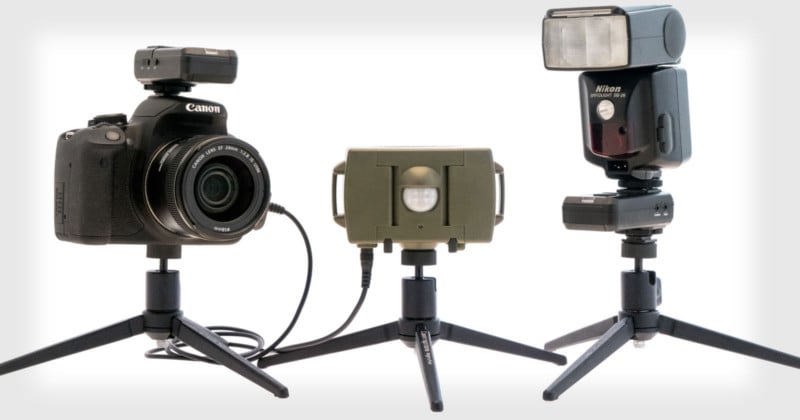 Camtraptions, the brainchild of wildlife photographer Will Burrard-Lucas, has released the latest infrared motion sensor in its line-up. Used for wildlife camera trapping, these sensors activate a camera should an animal move past it.

Camera trapping works by placing a camera outdoors, with flashes positioned around, where animals may be passing by. The sensor is activated when it detects a change in infrared signals.

With your camera secured in a bear-proof box, the sensor works all day and night to watch and wait for wildlife. The new sensor incorporates a rugged weather-proof housing and adjustable “blinkers” that limit the sensor’s field of view to provide greater control over the composition of the final image. These blinkers are a key feature born from customer feedback about the previous version of the sensor. 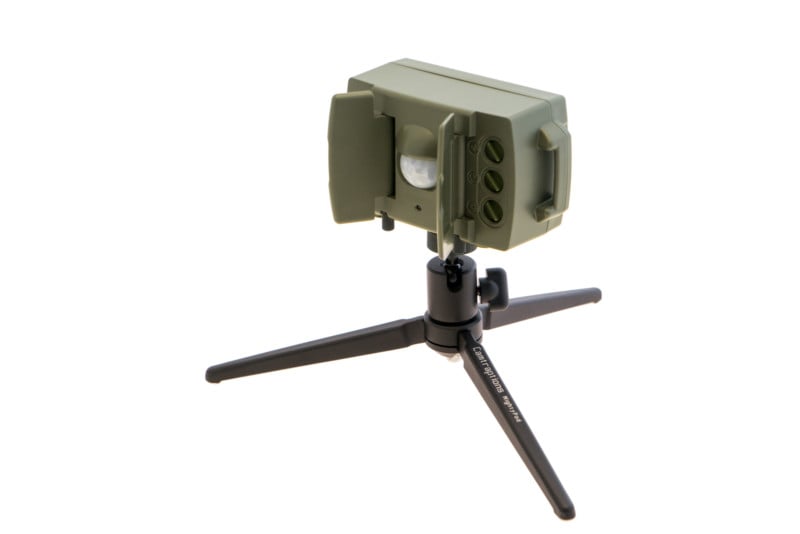 “It is very discreet and can be either strapped to a tree or mounted on a small tripod next to an animal trail or some other focal point for wildlife,” says Burrard-Lucas. “We launched the new sensors to our existing customers last month and the first batch sold out in a couple of days. Our second batch of sensors will start shipping next week.

“People are already using the new sensor to photograph polar bears in the Arctic, tigers in India, jaguars in South America, lions in Africa and cougars in the US.”

In the following video, Burrard-Lucas himself runs through the new features that this sensor brings:

The sensor can even be used in your back garden to photograph animals wandering around after hours. Photographer Richard Peters used a Camtraptions sensor to capture his image ‘Shadow Walker’, which won the Urban Wildlife category in Wildlife Photographer of the Year.

The Camtraptions sensor is compatible with Canon, Nikon and Sony cameras, with more camera brands to be supported in the near future. The sensor can be pre-ordered now for $190 at Camtraptions.com.

This One Thing Will Make Your Photos Better: Storytelling