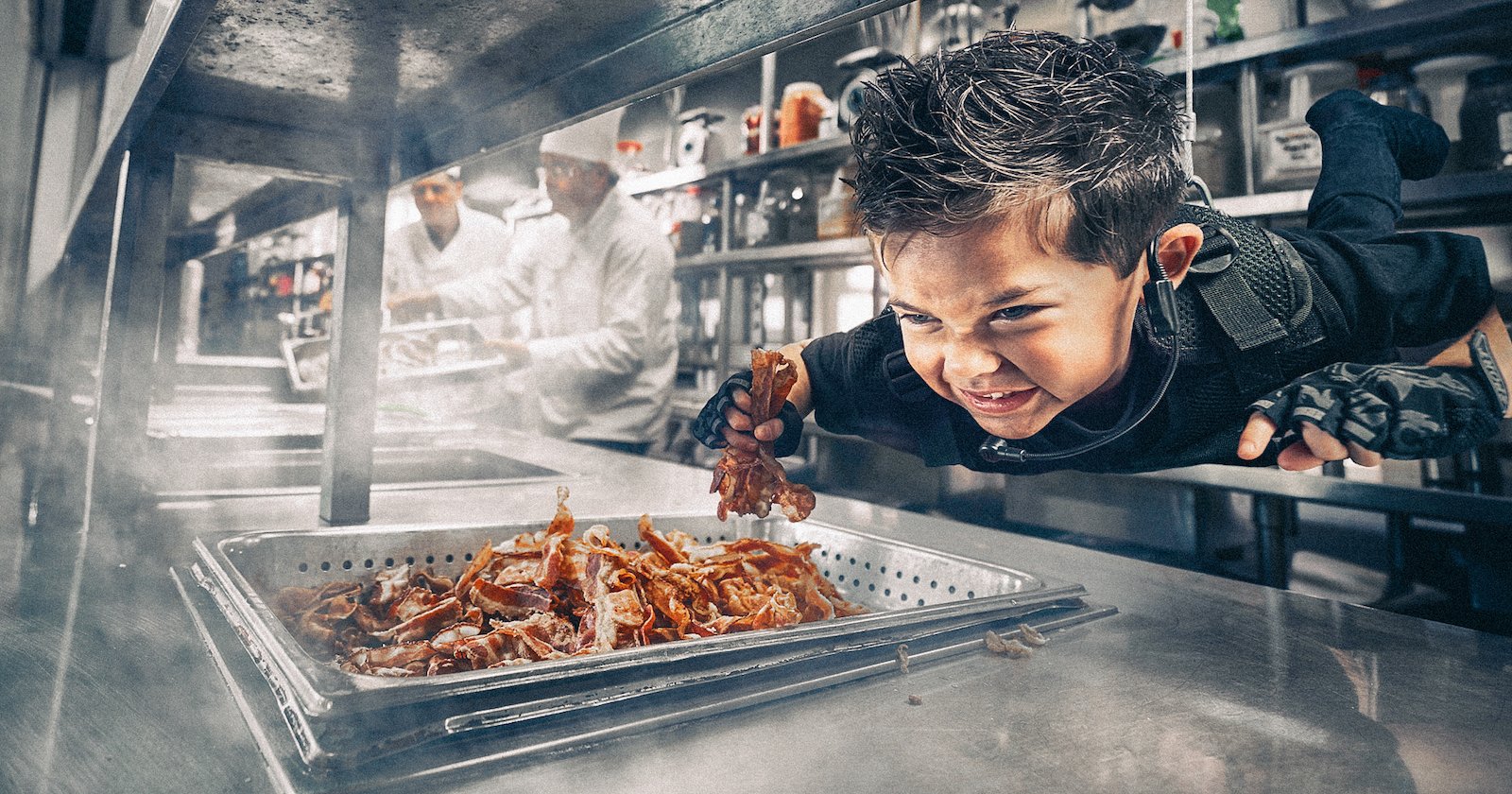 At first, that term might seem like an oxymoron—when you think child hunger, one of those commercials by a charitable organization in a third world country probably comes to mind. But first world hunger is a very real problem, and one that is about to get worse nationwide when schools let out for the summer.

“In the heart of Silicon Valley alone, which houses dozens of billionaires, 1 in 3 children struggle with hunger,” explains Ben in a blog post about his latest photo series. “[But] it gets worse. When summer vacation comes, those same kids are left without access to free/reduced meal programs from school.”

Eyes opened to this pressing problem, Von Wong teamed up with Second Harvest Food Bank to help raise awareness and funds for the charity, which helps keep these kids fed through the summer months and beyond.

But how do you capture a problem like chid hunger in a way that will inspire, instead of depress, people? Von Wong’s solution was to turn the symbol of the “hungry kid” into something more inspirational, more uplifting: action heroes, action adventure stars, and warriors.

Using his impressive photography and photo editing skills, Ben and Second Harvest placed kids into 5 adventurous situations, each of them portraying one of the struggles that hungry kids face… putting a positive spin on a sad problem in order to raise awareness.

Each photo captures one of the struggles. The grocery store ‘battle’ to find food: 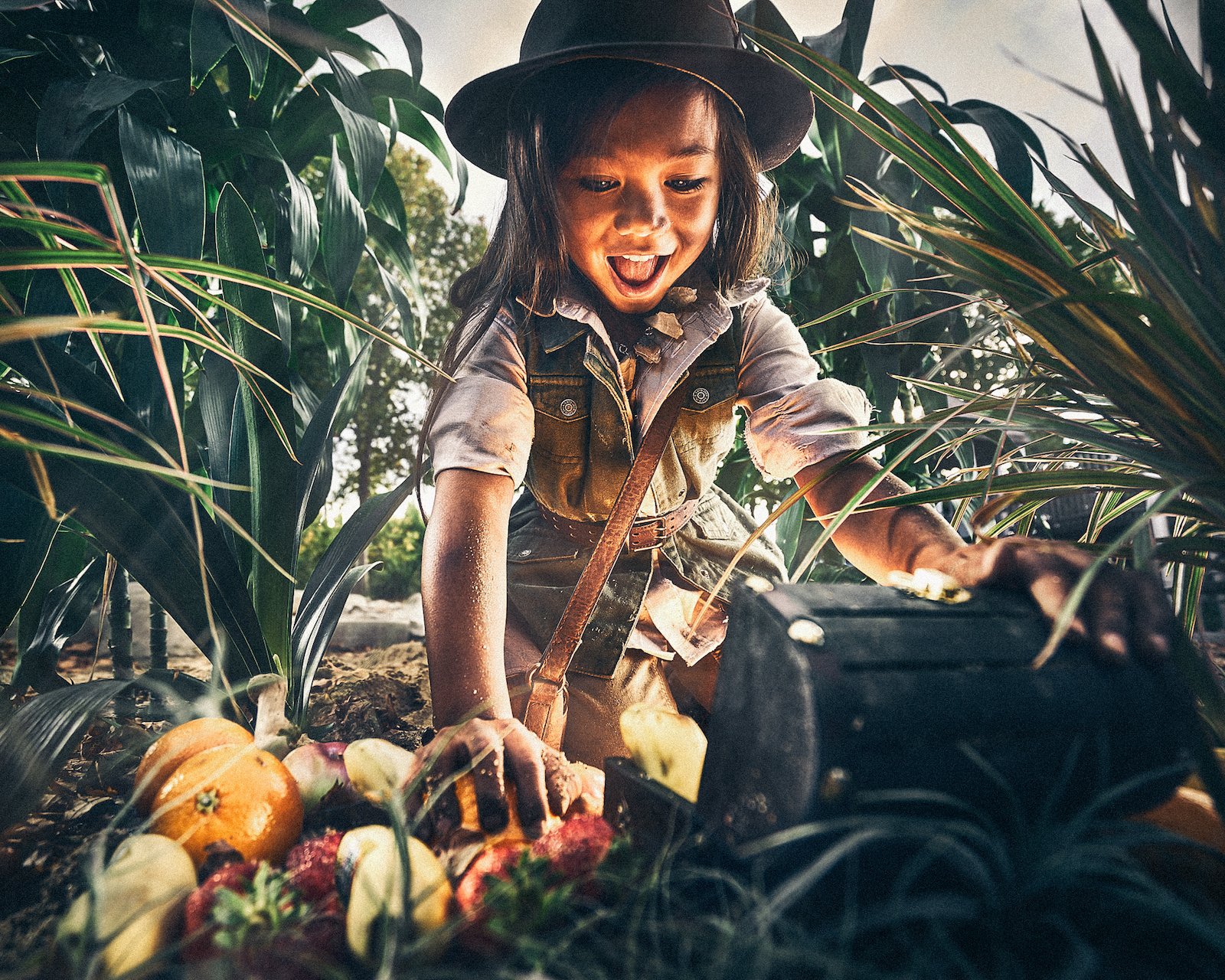 The need to protect your food, because you so rarely have any: 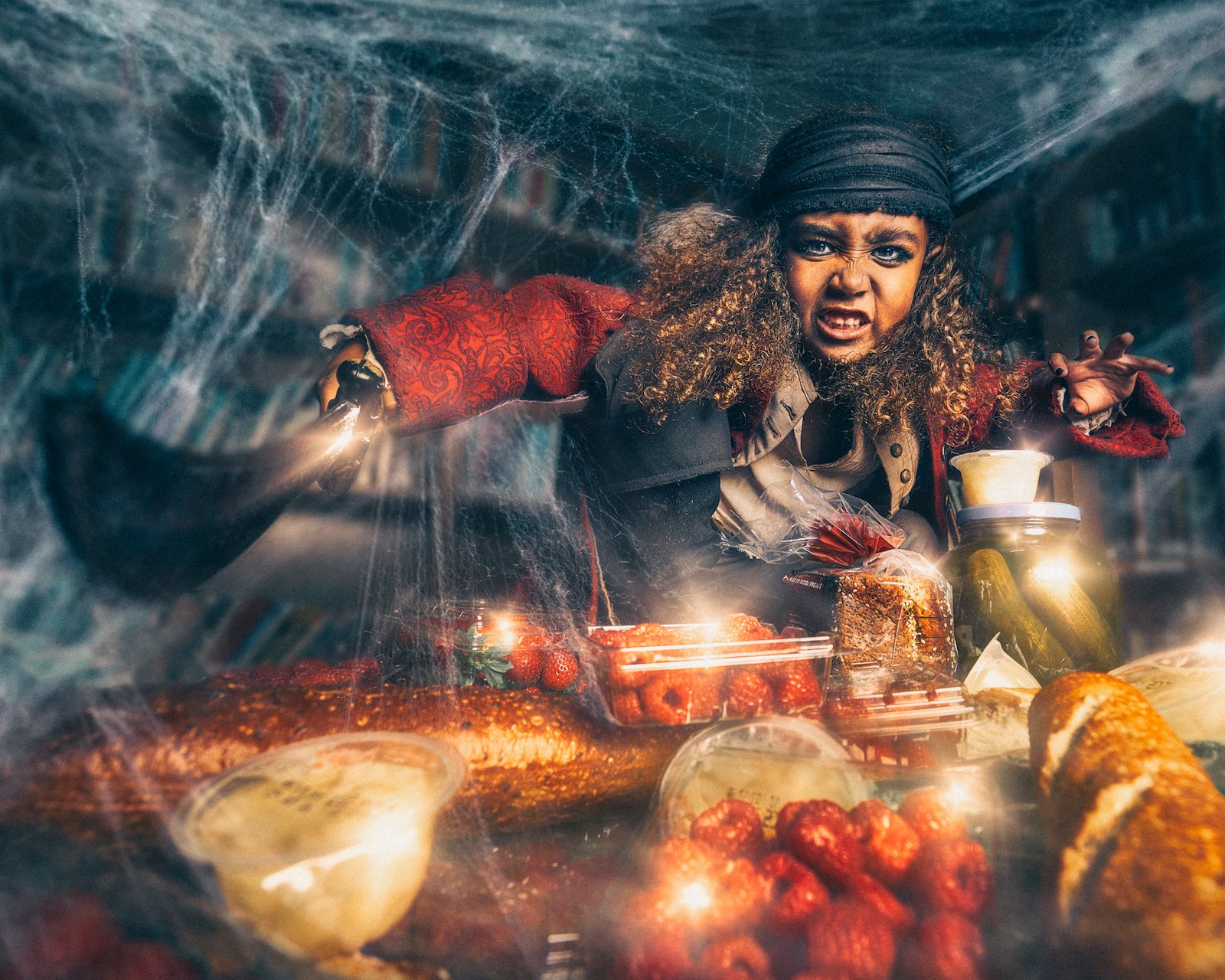 And the ‘mission impossible’ of finding a filling breakfast: 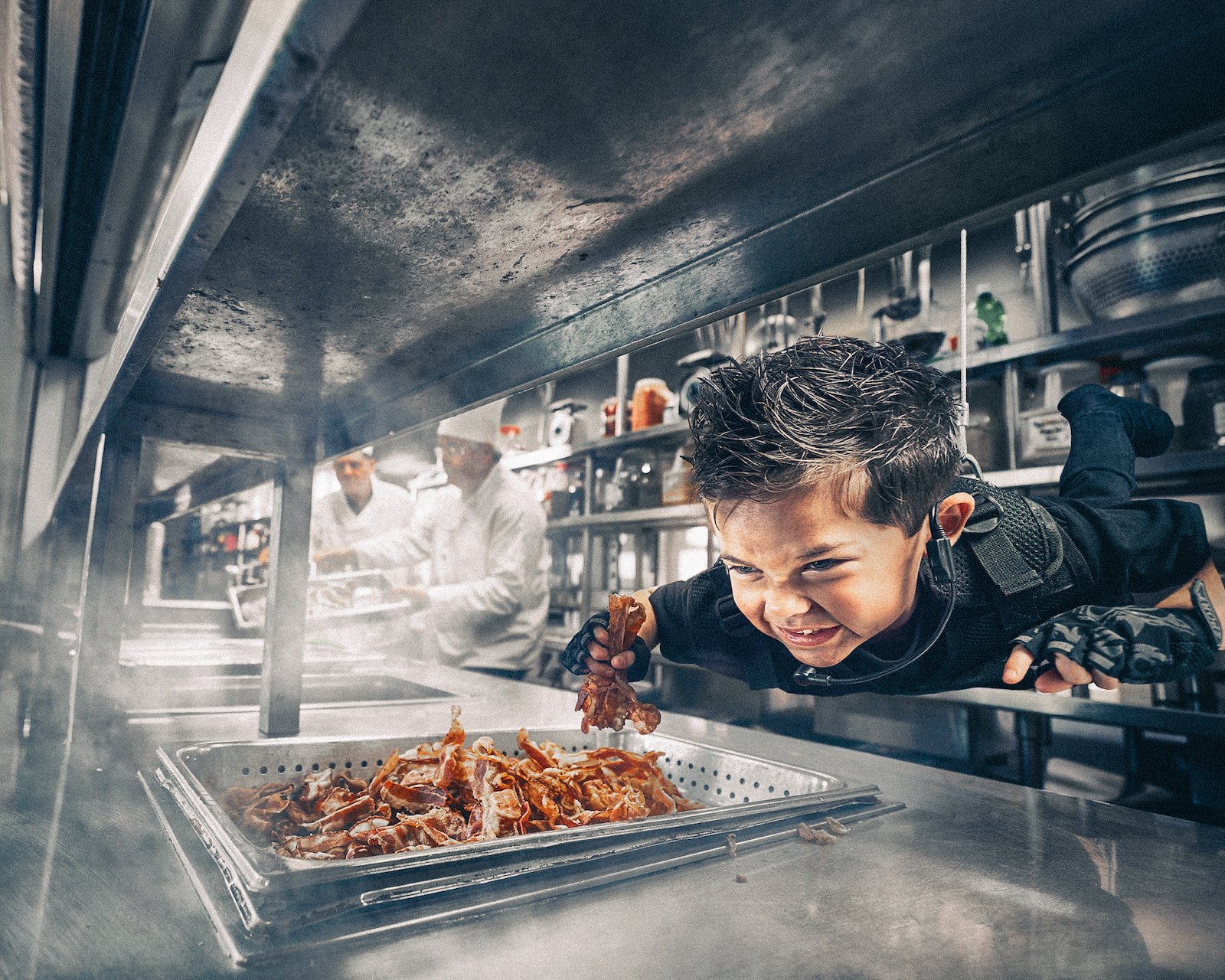 The underlying point of each photo, however, is the same: it shouldn’t be this hard for a child to find food.

“First world child hunger is a real problem, but there are people fighting so that children don’t have to,” writes Von Wong. “The Second Harvest Food Bank is one of those groups, delivering over a million healthy meals every single week. All year round.”

To see the behind the scenes photos from this project and learn more about how these photos came together, click here. And if this project succeeded, if Ben’s pictures inspired you to help, please click here to donate or download one of these pre-made social media memes and help spread the word.

Image credits: All photographs by Benjamin Von Wong and used with permission.

Affinity Photo Comes to iPad: The First Full-Powered Photo Editor on a Tablet