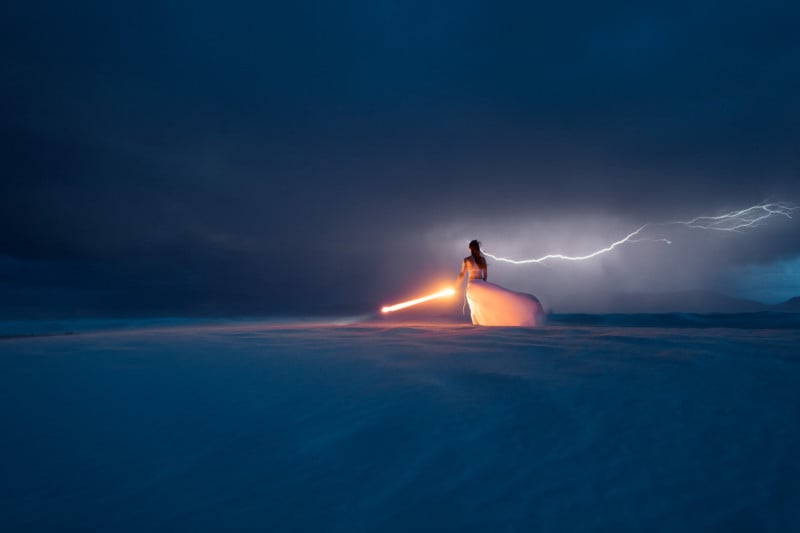 My model triggered this photo of herself holding a light-painting tube with lightning in the background. I did a 30-second edit of this picture at the airport in Albuquerque and posted it right away on Instagram. It went bananas.

I had mixed feelings about this photo because this is not representative of our work — this is not what I want to be known for. And all of the comments about Star Wars are always making me feel dizzy — I don’t have a TV, I never watch movies, and I have no interest for fiction. I thought I would delete the photo after a day anyway.

But during the flight, my model, Kim, and I talked a little bit about it. That previous night had been so incredible, so powerful, so violent. Oh wait, I’m talking about the super spicy pasta I made after the thunderstorm. I still can’t feel my mouth and don’t even know where it is.

So I asked Kim… what happened? What is that shot?

We do a lot of “behind-the-scenes” pictures where I or she is holding the light painting tube. That gives a glimpse of how our photos actually come about. In that specific moment, I gave her the remote trigger because I needed to set up the video camera and had so little time that I thought we could maybe manage to capture some lightning bolts during the 60 seconds I needed to prepare my things.

What Kim told me is that she started to pose, and began waiting for that moment. And it happened. She triggered when she felt it. And she got the shot. What a great timing!

I was setting up the video camera when that happened!! (It's the exact same moment) Here's what it captured. Sorry for the movement 🐄🐃🐂🐅🐯🦁🐶

For those who aren’t familiar with our work, here are a few details: Kim and I have been traveling together around the world for nearly two years with some plastic tubes to create light paintings in fantastic locations. This time we were at the White Sands Monument in New Mexico.

The way it works is that I stand behind her and create the light while she stays still. I’m never behind the camera for these shots. I prefer to be part of the process. 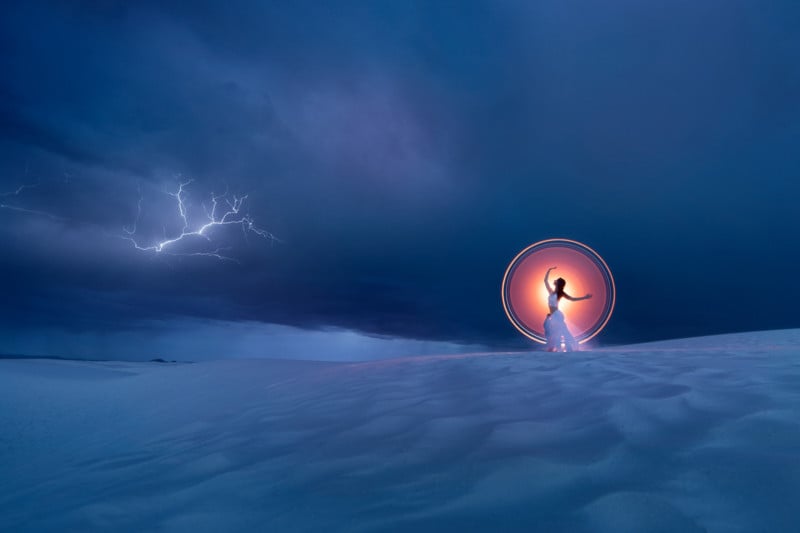 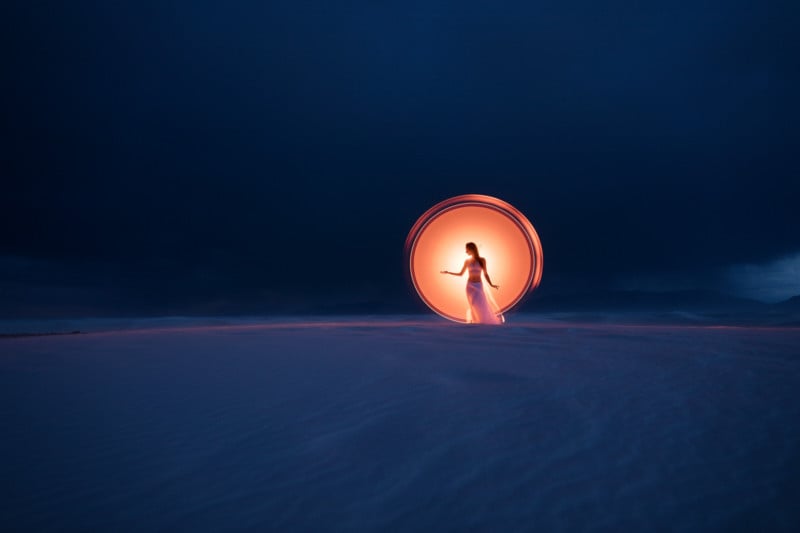 We managed to create a few cool ones that night after Kim’s epic selfie, but at some point the wind became so strong that I couldn’t even do a circle because it made my tube bend. 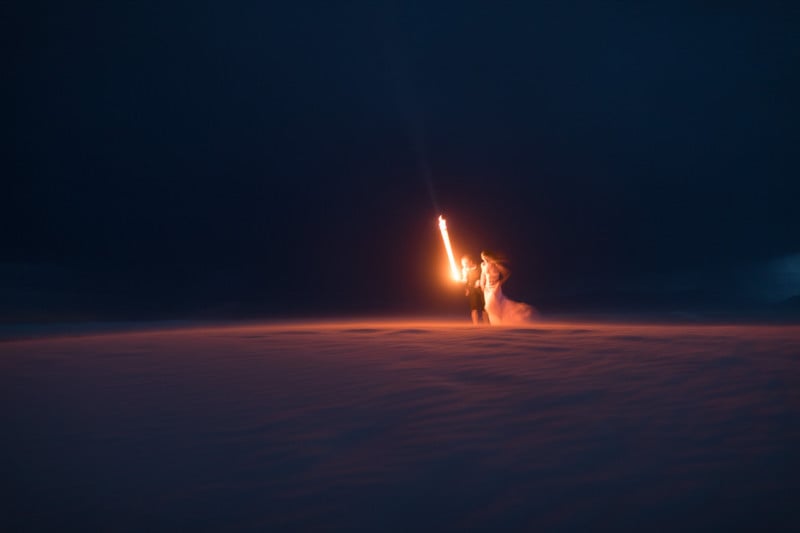 The picture above is the last one we did that night (it’s a test shot). The wind was way too strong at that point, which was just perfect as the blue hour just ended and we were craving pasta.

Here’s info on where to get the tubes and how to use them, as well as some of our behind-the-scenes videos.

About the author: Eric Pare is a Canadian photographer and visual artist who has received widespread attention for his light painting photography. He shares his work and knowledge online through his learning group, gear page, Instagram, YouTube, and website. This article was also published here.

The Bright Flashes During NBA Games You May Never Have Noticed

I Held a Dog Headshot Photo Booth, and the Results Were Hilarious