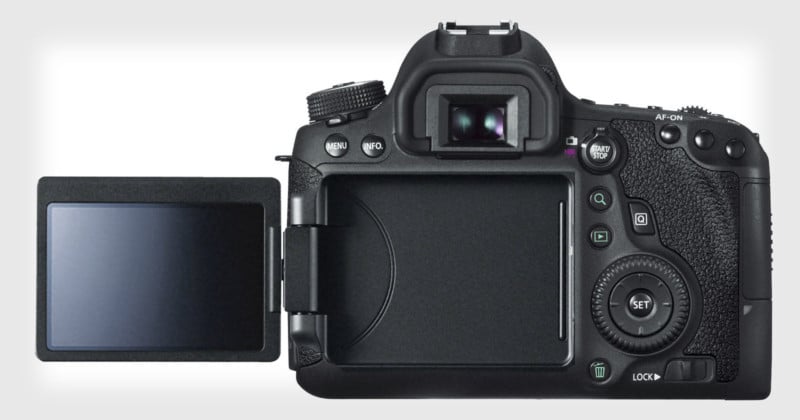 If you’re a Canon photographer and you’ve been longing for a full frame DSLR with an articulating LCD screen, your wait will soon be over. The upcoming Canon 6D Mark II will reportedly be the company’s first camera of that category to offer the flexible display.

Canon Rumors reports that a Vari-Angle LCD is a known feature in the upcoming camera now based on details Canon has submitted about the camera for certification. Other confirmed specs/features include Wi-Fi and Bluetooth connectivity, a larger (taller and deeper) form factor than the original 6D, and a new battery grip.

The introduction of an articulating screen in Canon’s full frame lineup will likely attract both cheers and jeers from photographers. While Vari-Angle LCDs make it easier to shoot photos and videos from different angles, they also provide an additional point of failure that may possibly make the camera less durable for photographers who need to rely on rugged equipment in harsh environments.

Having a moveable LCD screen isn’t new in the wider world of full frame DSLRs, though: the Nikon D750 is one camera that already offers it, and it’s currently a bestselling model. But the D750 screen is only a tiltscreen that can be angled upward and downward along one axis, so if the 6D Mark II has a fully articulating screen, then it’ll go one step beyond what Nikon chose to include.

The Canon 6D Mark II will reportedly be announced in July 2017 (possibly alongside the Rebel SL2) and begin shipping out to photographers in August. We’ll learn soon enough whether Canon has created an articulating screen rugged enough for pros in the field.

The Photographer Who Shoots Wildlife in European Cities