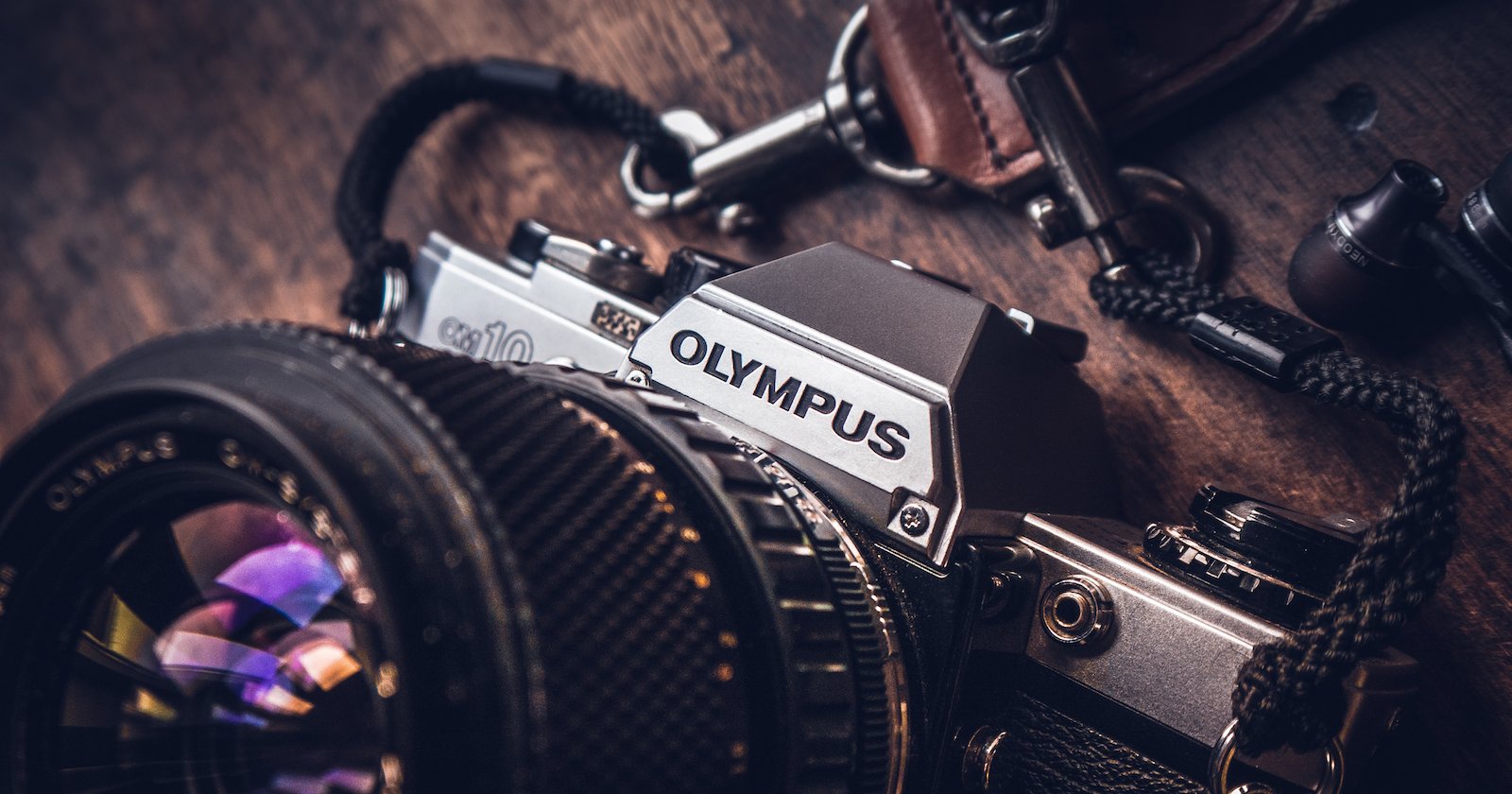 Need a bit of comic relief this Thursday? Olympus UK has you covered. In response to a customer’s question about joining the Olympus Club, the rep decided to offer photographer Greg West a history lesson in US/UK relations.

Mr. West got in touch with PetaPixel podcast host Sharky to share his story.

“I was on the 43Rumors.com web site reading about Olympus gossip and saw a link to the Olympus Rising Talents program,” says West. “I clicked to join the Olympus Club and was surprised not to see the US listed in the list of countries that you had to choose from. I chose United Kingdom, joined, and then sent an email asking how to change my address.”

Apparently he was on Olympus’ European site, which has different offers not valid in the US. But when Olympus wrote back to explain this mistake, they went above and beyond: 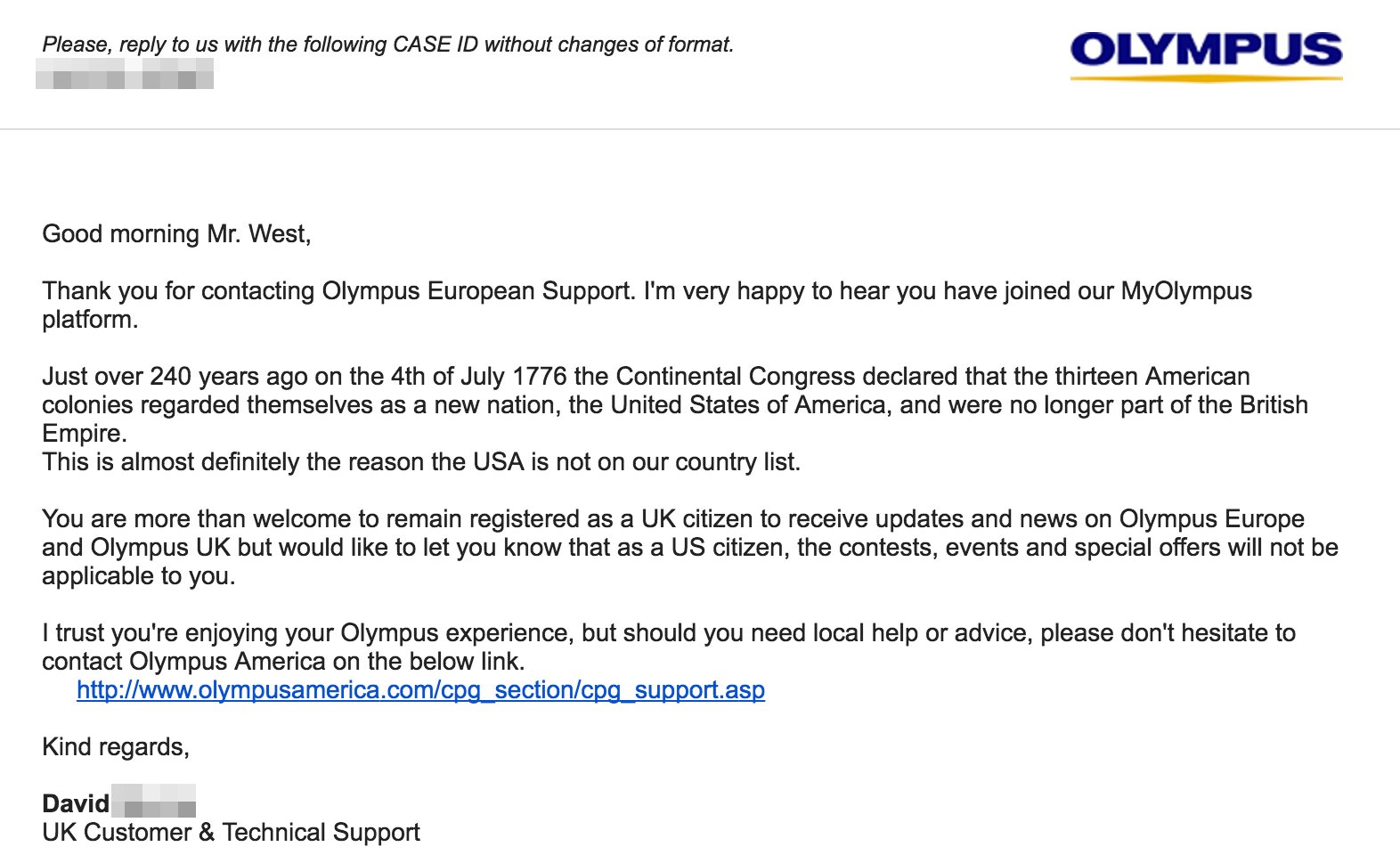 “Just over 240 years go on the 4th of July 1776 the Continental Congress declared that the thirteen American colonies regarded themselves as a new nation, the United States of America, and were no longer part of the British Empire,” explained the rep, David, patiently. “This is almost definitely the reason the USA is not on our country list.”

Well played David… well played. You can read the full email above. And if you have an issue with Olympus, we highly recommend you write Olympus UK or Europe instead of Olympus US. More fun that way.

Image credits: Screenshot of email by Greg West and used with permission.

The Sony a9 Sacrifices Dynamic Range in the Name of Speed: Report