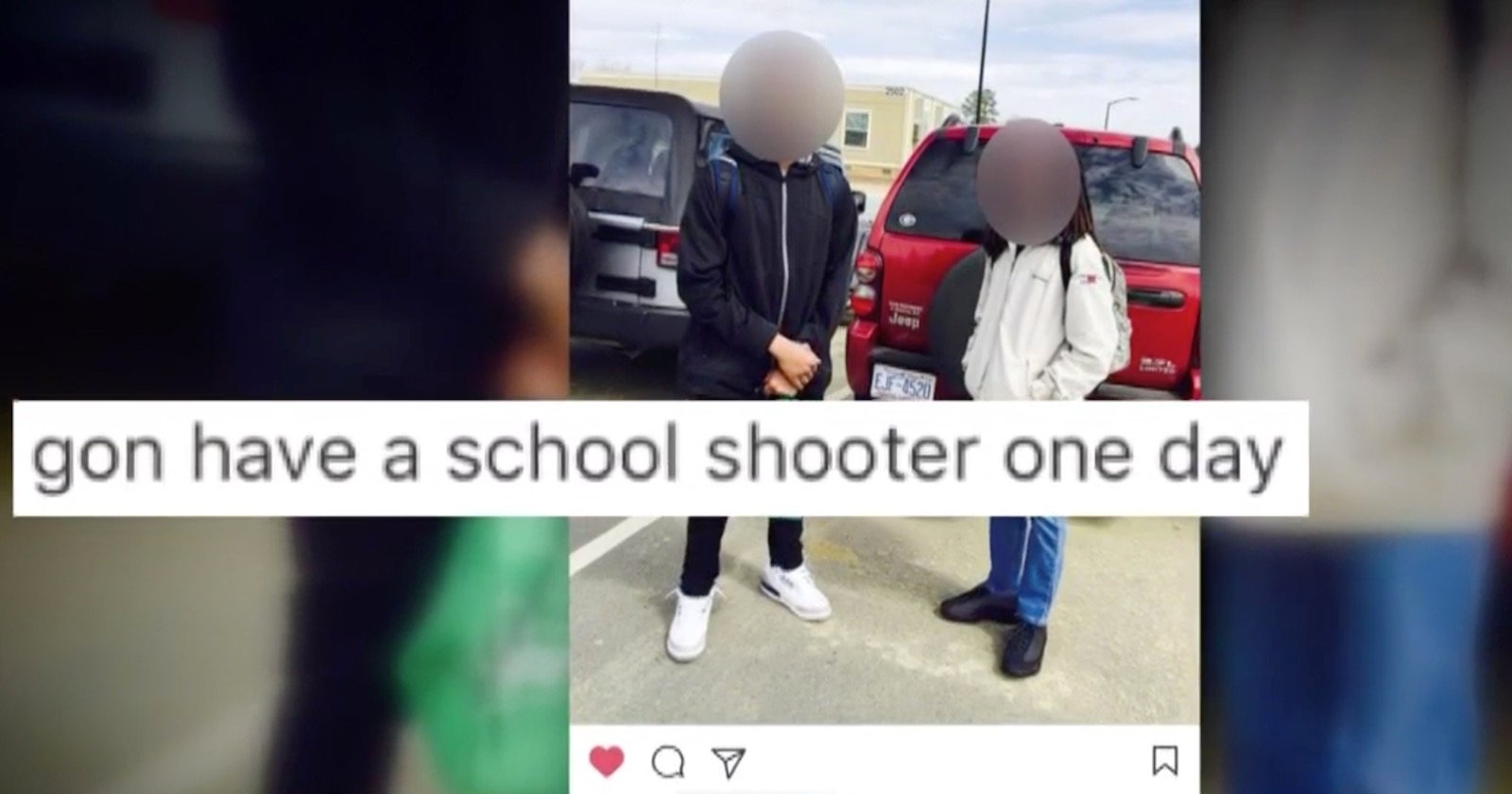 20+ students in North Carolina were suspended from school this week over an Instagram post, but it wasn’t even a photo they posted. The suspended students are being punished for “liking” the photo, which implied, allegedly as a joke, that the school would be the victim of a shooting.

The photo in question shows two Bradford Preparatory School students posing for the camera above the caption: “Bradford gon have a school shooter one day.”

Although the school determined there was no real threat—the post seems to be no more than a poorly-thought-out joke—Bradford came down hard and fast on everyone who was involved. That includes the over 20 students who liked the photo. According to Bradford, the students were suspended for “endorsing a threat against the school.”

The school sent out this statement to parents, assuring them the situation was under control:

Instagram has gotten a lot of people in trouble in the past—from criminals posting evidence of their crimes, to identity thieves who couldn’t help taking a pic of their food—but this is the first time we’ve heard of someone getting in trouble for simply “liking” someone else’s photo.

At least one of the suspended students’ parents are less than thrilled by the decision. “None of us are happy with the decision,” one parent told North Carolina NBC affiliate WCNC. “We feel like this is going to follow our kids. Twenty plus students could’ve learned a lesson today, not necessarily been sent out of school for three days.”

Lesson learned: in the age of social media, even a digital action as seemingly mindless and “innocent” as liking a photo on Instagram can mean serious consequences.

I Finally Found the Perfect Camera: The One I Already Own