Red Hot Chili Peppers guitarist Josh Klinghoffer hates when people at the band’s shows spend the whole time staring through their screen—shooting the performance on a 4-inch box instead of experiencing it for themselves. So last year, during a show in Turin, Italy, he turned the tables.

During the band’s best known song, “Californication”, Klinghoffer decided not to play his guitar solo. Instead, he grabbed his smartphone and spent 30 seconds filming the crowd and shaking his head at them instead.

At first it looks like a simple stunt, maybe not even a statement, but when asked about it later by a fan, Klinghoffer explained that he was, in fact, annoyed and making a point. “When I see people holding machines up and obstructing the view of the people behind them, I get angry,” he told his fan, according to Alternative Nation. “I’ve never heard a musician say, ‘Oh man, I love looking out and seeing a sea of phones.’ I hear the opposite.” 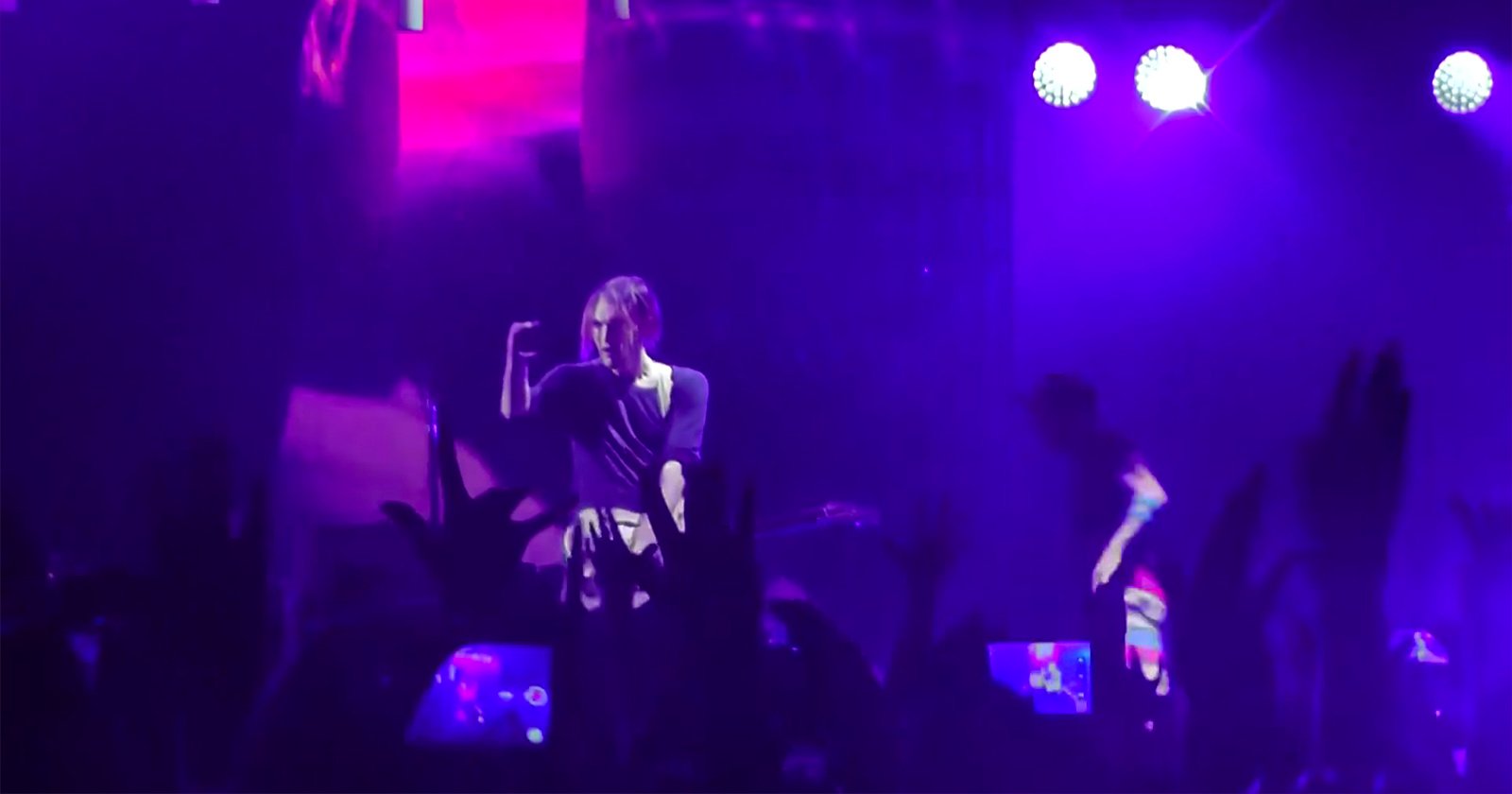 We’ve heard of musician’s calling out fans and even photographers at their shows for using their phones or being disrespectful with their cameras, but this is a novel approach. Instead of stopping the show or shaming an individual, Klinghoffer just showed the crowd what he was seeing.

In a sense he’s saying: your job is to enjoy the show, my job is to play; if you don’t do your job I won’t do mine.

Of course, it’s worth pointing out that Klinghoffer is being paid to play by those concertgoers, who technically have the right to experience the show however they please… no matter how annoying it is to fellow photographers, fans, or the musicians onstage.

What a Failed DSLR Shutter Looks Like After 100,000+ Photos

U.S. Bans Cameras and Electronics in Cabins of Planes from 8 Countries