This is, to our knowledge, the world’s first full-length Prisma music video. Transformed, frame by frame, into a moving painting, the music video for “DEEP BLUE” by the band Drive like Maria is a testament to the amount of work musicians are willing to put in when they have a cool idea.

The idea of turning their music video into a Prisma painting first came up when the band’s lead singer Bjorn took a few smartphone photos of the band during rehearsal and processed them with the popular app. They loved the results and began wondering out loud if it would be possible to do a whole video this way.

Unsure how to make this happen, they called in Bert Albers of production house Sixteenbynine to help and, soon, they were off to the races.

The process, as you might imagine, took some time. Shooting a regular music video is already time-consuming but once they were done they still had a long way to go in order to “process” every frame of the final cut.

First, they had to convert the final edit to square ratio in Premier Pro; then convert to 10fps; then, finally, export the resulting frames as JPEGs. That’s when the manual work started.

“We figured that if we’d process 600 pictures each (Bert, Bjorn, and myself) it would take about 5 hours per person to process everything at 30 seconds per picture,” the band’s guitarist Nitzan Hoffmann told us. “By the time we started processing the Android version of Prisma was also available so we could use iPhones and Android phones at the same time.” 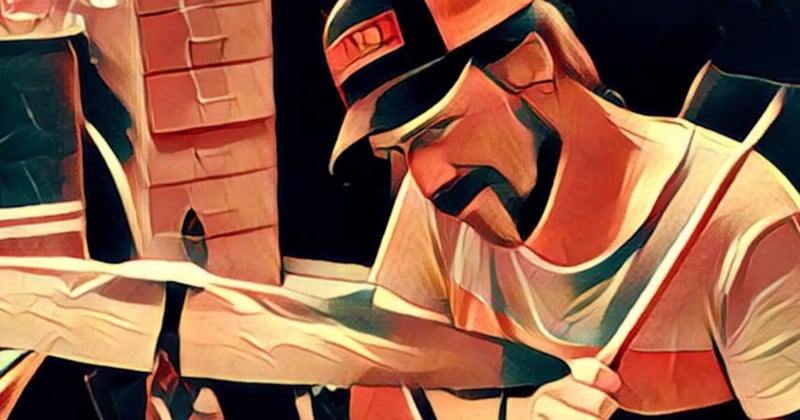 Despite some issues transferring JPEGs to and from the phones while keeping them in some kind of order, they eventually managed to convert every frame—all 1,828 of them—into a “painting” by hand before plugging them back into Premier Pro. A little bit of fiddling later, they had their music video!

The whole process was a fun creative experience for both the band and Bert at Sixteenbynine, but it did leave Nitzan with one torturous thought after all those hours of work: “I hope Prisma won’t release the video function in the next couple of days…”

Exploring a Gorgeous Abandoned Castle… and Getting Caught