Originally from Miami, Florida, Bergman started his journey a musician himself, with the aim of eventually becoming a producer. After studying music production, he ended up taking photos for a school newspaper. From then on, he caught the photography bug. 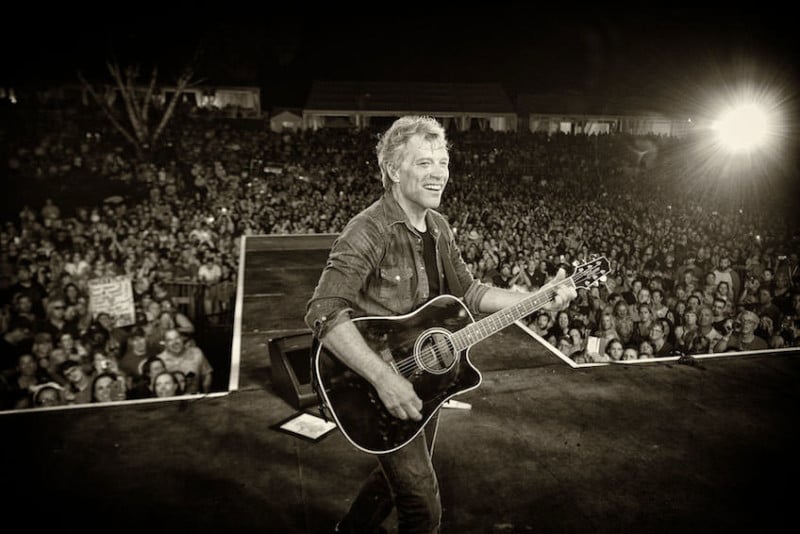 Early on in his career, Bergman worked intensively with Sports Illustrated. But in his free time, he continued to focus on music shoots. In 2010, he started working with Bon Jovi as the band’s official tour photographer, and he began to “tour the world in a private jet, going from country to country, documenting everything they do.” 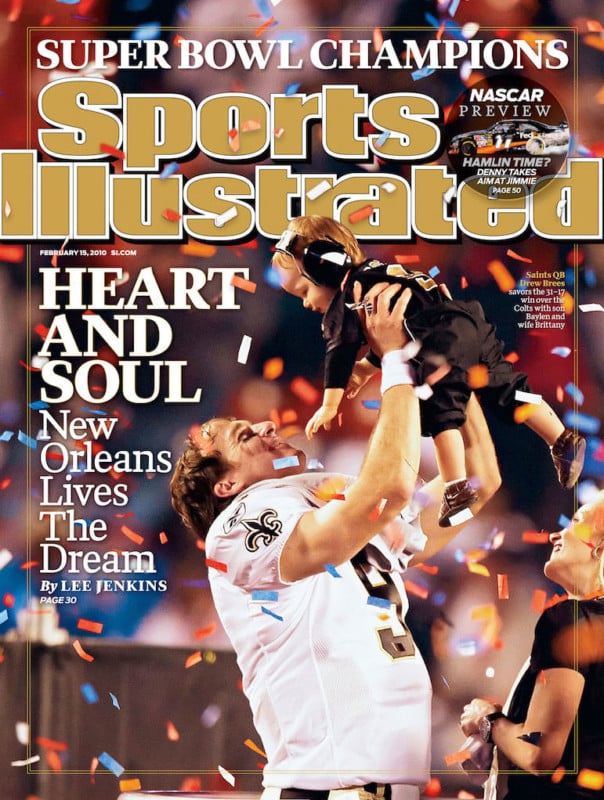 His work with Bon Jovi has taken him to over 30 countries across 6 different continents. 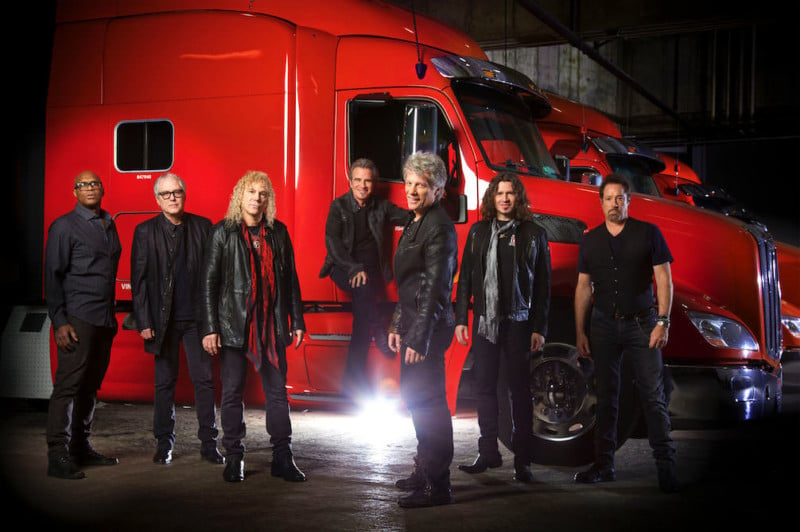 Working with such big clients, Bergman has to think outside the box photographically. By using a remotely-triggered camera, mounted on a tripod on-stage facing the crowd, he is able to capture shots of the performers with the crowd in the background when they turn around. 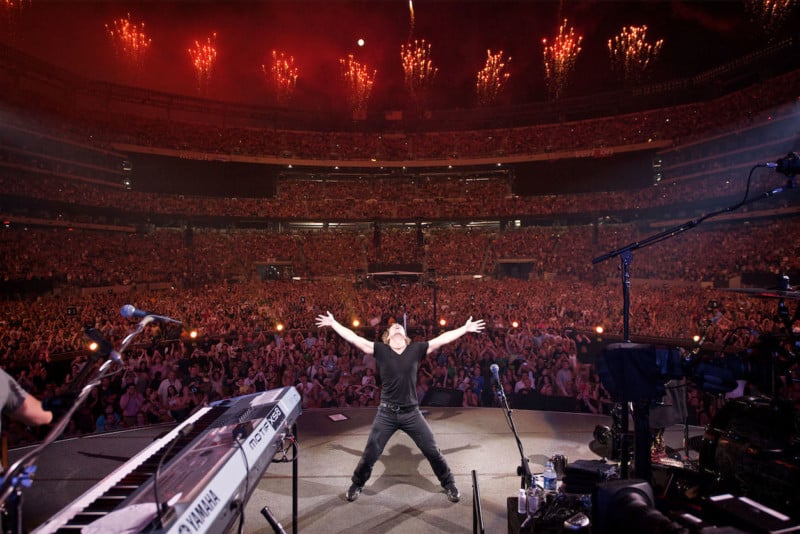 “The camera is a passport to the world,” says Bergman. “It’s taken me to places most people don’t get to go.” 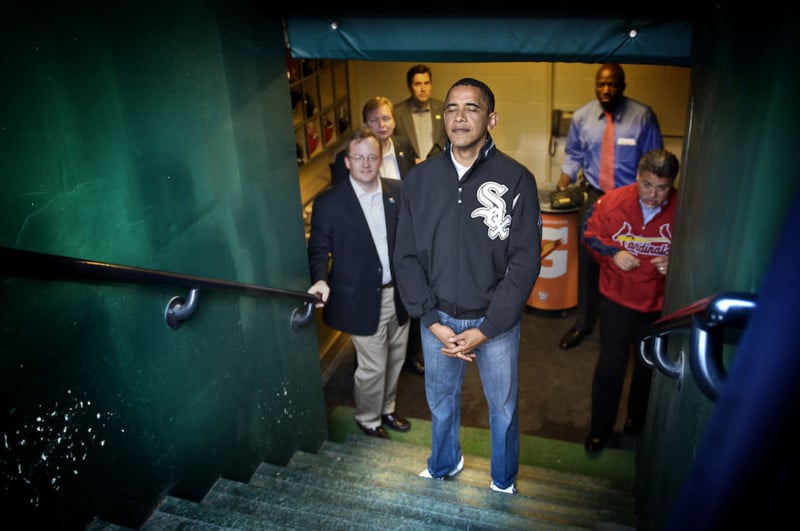 Bergman believes that there is still a need for visual media nowadays — in fact, he believes it’s now “more than ever.” While the route into the music industry for photographers may have changed since his beginnings, there are still images that need to be made.

“The trick is to find your own niche and create a business model around it,” advises Bergman. 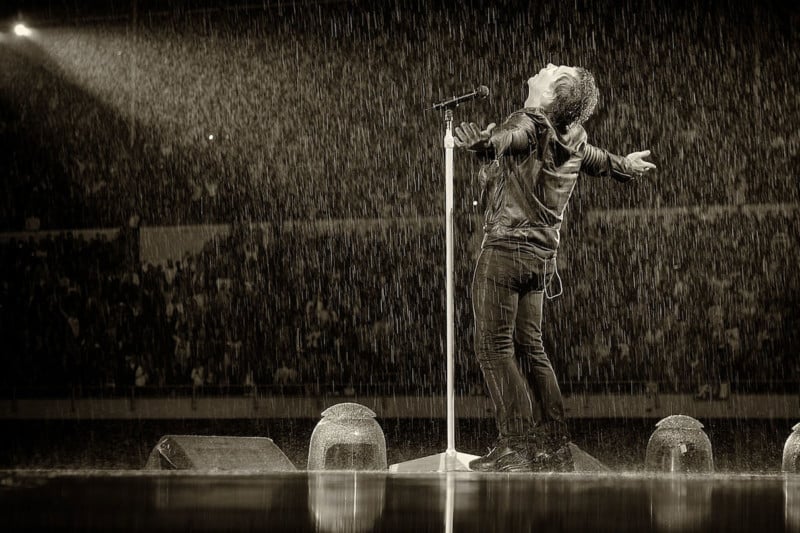 Image credits: Photographs by David Bergman and used with permission

How to Photograph a Stealth Bomber Over a Stadium… From Above