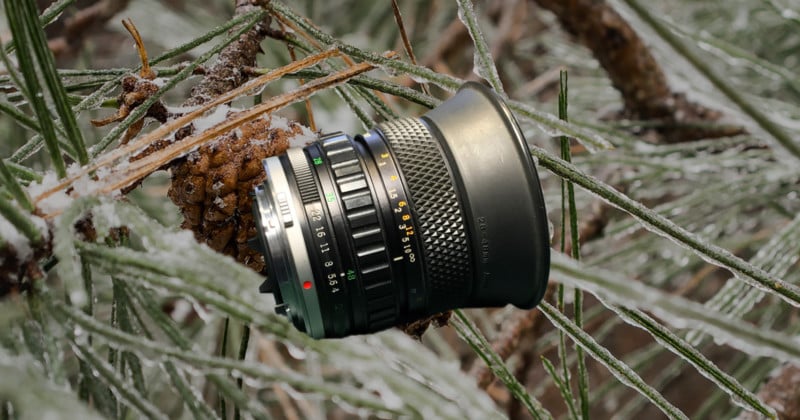 The winter sun was low to the horizon as I steadied myself upon a rather uncomfortable wooden perch. My back to the sun and downwind, target in clear sight, I drew in a deep breath then slowly exhaled as I prepared to take the shot.

At the bottom of my breath I waited for that brief moment between heart beats as I took up the slack in my finger. Thump thump… Thump thump… squeeze. The sharp report from my mouse-click heralded the confirmation of success. “Congratulations, you won! OLYMPUS OM-SYSTEM S ZUIKO AUTO-ZOOM 28-48mm F/4 MF Lens W/HOOD ( HAZE )”. 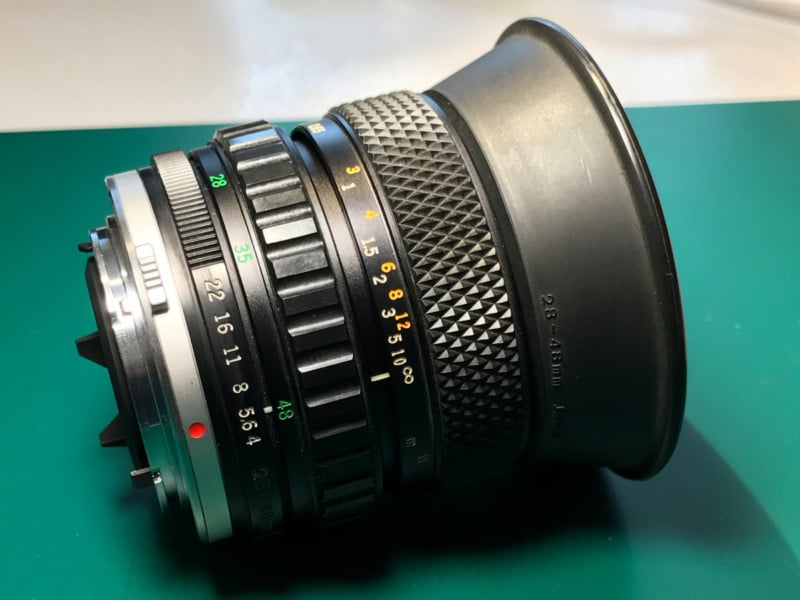 Come on now!? Did you really think I would shoot at some defenseless, fluffy woodland creature? eBay is my hunting ground and lenses are my game (unless I was going hungry and needed to knacker a few squirrels to up the calories of some BBQ sauce). In this case, I’m well fed so my sights were singularly set instead upon bagging the only wide-angle zoom lens Olympus ever made for the OM system cameras.

This was not a mass-produced product, only manufactured from 1981 to 1983. While this lens is only a 1.5x zoom, its range is perfect for the unladen, wandering photographer whose images are found rather than planned.

Beautiful, ancient building structure in the middle of town—28mm. Turn around and see an interesting person—48mm. It really is a nice focal range to have in hand. ‘Comfortably limiting’ is how I might describe it.

Compare it to the modern 24-70mm f/2.8 lenses and you may find its compromise of less focal range and max aperture are counter-balanced by its significant savings in size and heft. Weighing less than 11 ounces with a barrel length of only 2.1 inches and a maximum diameter of 2.5 inches, this entire lens can fit inside just the hood of a Nikon 24-70mm f/2.8. I don’t make this size comparison to knock the excellent Nikon lens; I just want you to be able clearly visualize how small this Olympus wide-angle lens is in relation to something you’re likely more familiar.

One way Olympus was able to achieve this was by limiting the max aperture of the lens to f/4. That may have been a deal-breaker for some film shooters back in the day but it hardly makes a difference in most situations when that f/4 is attached to a camera with a modern, digital sensor. 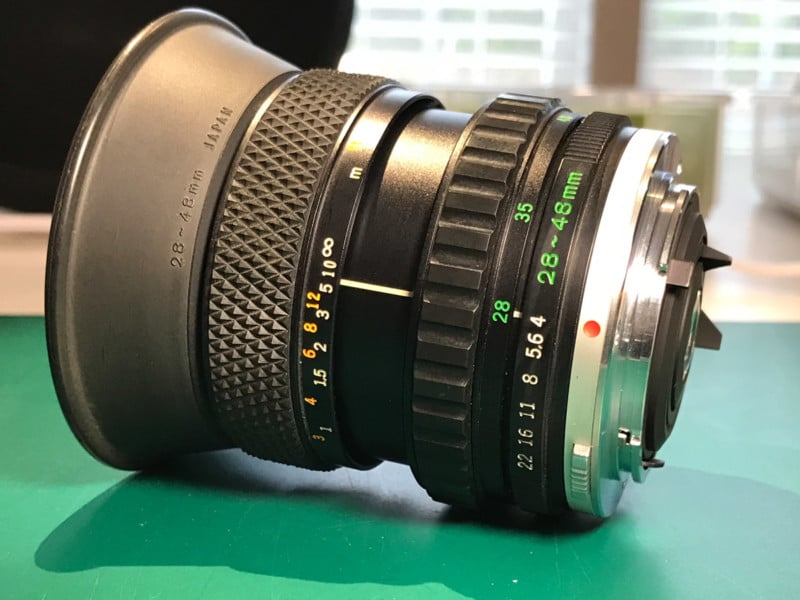 Back when this 28-48mm was designed, most zoom lenses hadn’t quite advanced as much as their elder primes. Zooms were still considered by many to be the woeful compromise that the uncommitted photographer resorted to using when either their bag weight or wallet thickness couldn’t handle the task of supporting “proper” gear.

Years later, the efforts in optical science, lens manufacturing, and marketing for zoom lenses had finally broken down that stigma to the point now where many photographers are questioning the need for even including a prime alongside their trusty 24-70mm and 70-200mm zooms.

I want to go back though to that late 1970’s to early 1980’s period when zooms were still the devil. It has been my experience that many of those zooms were indeed as bad as everyone claimed; however, there are a few gems in there that few people talk about today simply because we tend to fall in step to the wisdom of our predecessors in their all-encompassing disregard for these early zooms.

The Kiron 70-150mm f/4 and my all-time favorite zoom from any time period, the insanely good Minolta MD 35-70mm f/3.5 (3rd Gen), are just two examples of some outstanding zoom lenses that have been buried in the dust of time and generalization. Both of those lenses can be had for 1/10th or even 1/20th the price of a modern equivalent capable of competing with their uniquely excellent light-wrangling abilities.

Prior to buying this “damaged” lens off eBay, I had done some research into Olympus’ OM lens history to (1) find out all of the lenses that were made and (2) zero in on a few that showed some glimmer of hope—most of my OM Zuikos are primes and the few zooms I do have are in the telephoto range and not that good.

In the few forums and websites I could find that had any comment on this Wide-Angle 28-48mm, I found the general consensus to be positive, if not glowing. I found a copy of this lens on eBay for less than $50 due to the fact that it had a strong internal haze and some unsettling spotting behind the front element. From the photos I could tell it wasn’t fungus or off-gassing of the helicoid grease, but it was something that would absolutely affect the usability of the lens—that kind of haze is a real contrast killer.

This copy I found had two good things going for it to justify the risk of a few bucks: The lens body was in excellent condition, and the auction included the hard-to-find OEM rubber hood which alone has a value of about $50.

Here, you can see the reason the seller of this lens offered it at such a low price: 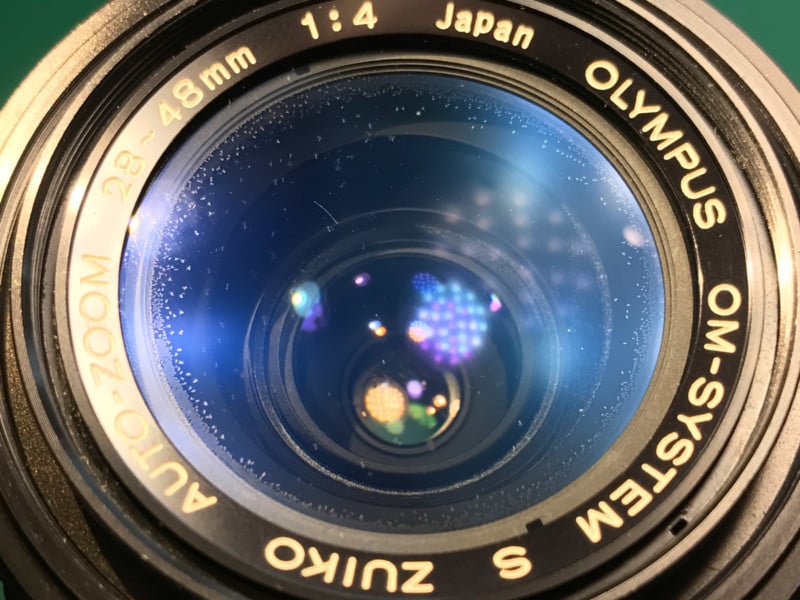 I spent less than an hour disassembling the front half of the lens, gaining access to the front element group so that I could get in there to clean it up. My trusty rubber crutch foot works really well for removing the front trim ring (not to be used directly on the glass).

A few round-turns of the front element group, actioned by the aid of a lens spanner, and I had the lens disassembled as far as I needed to go to work on that haze. 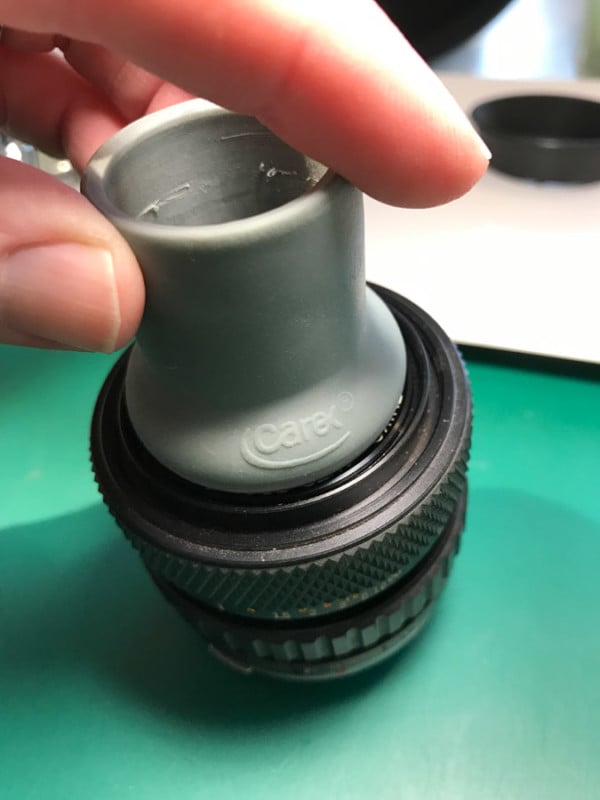 With the offended glass removed, I was able to properly clean it. The front element looked milky and dusty on the backside. It was the only piece to show any signs of this issue. 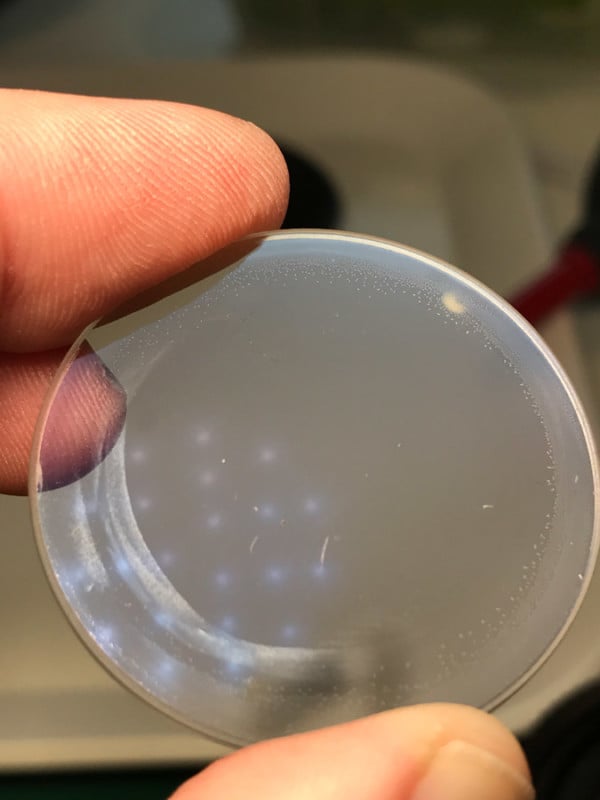 I believe what had happened was the lens had been exposed to numerous bouts of temperature change which caused internal condensation that eventually left behind this harmless veil of haze and dust piles.

Whatever the cause, it was very easy to completely remove all trace of it. 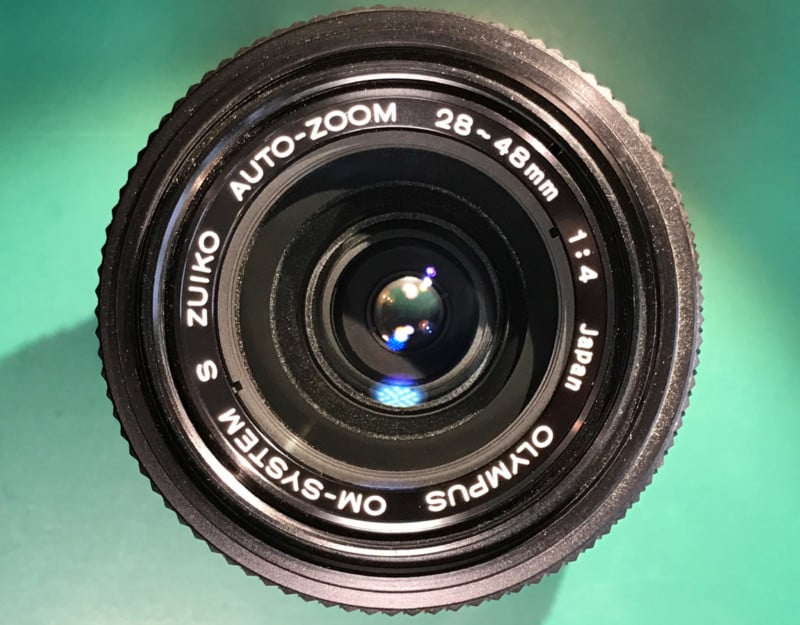 So the real question here is whether this early 80’s zoom is a hidden gem or a justifiably dismissed relic that deserves to be left in the dust and haze of a bygone era in lens design.

Have a look for yourself. 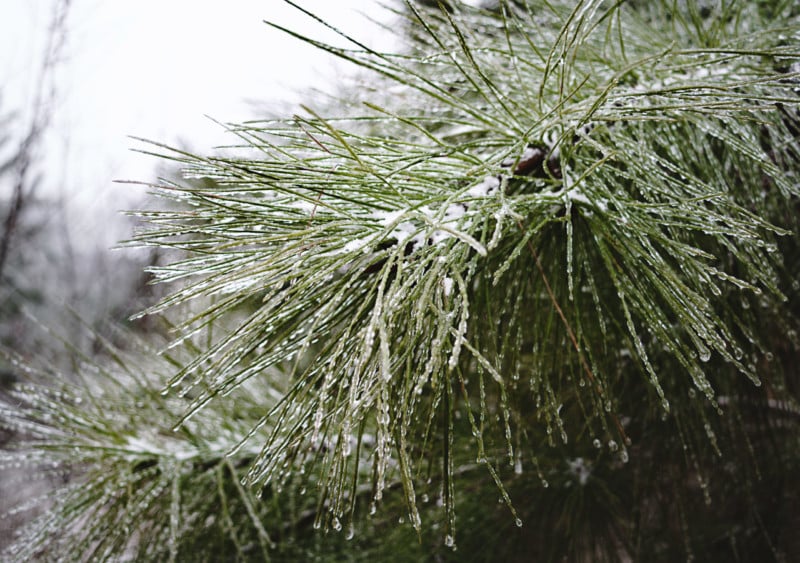 Every speck of settled or falling snow is sharply rendered in this image shot at 28mm with the aperture wide open at f/4! 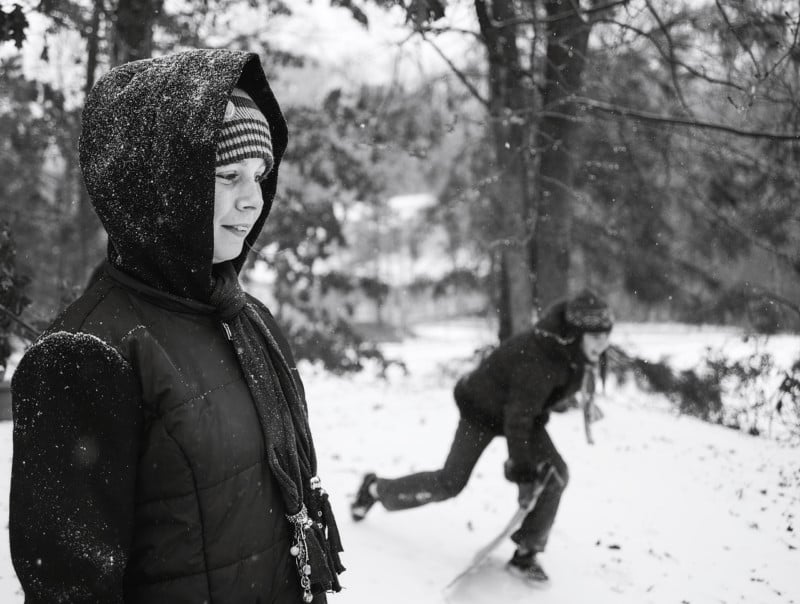 Another shot: wide open, neighborhood o’ 35mm focal length. The subject separation is excellent with that smooth out-of-focus background that lacks any sort of nervousness. 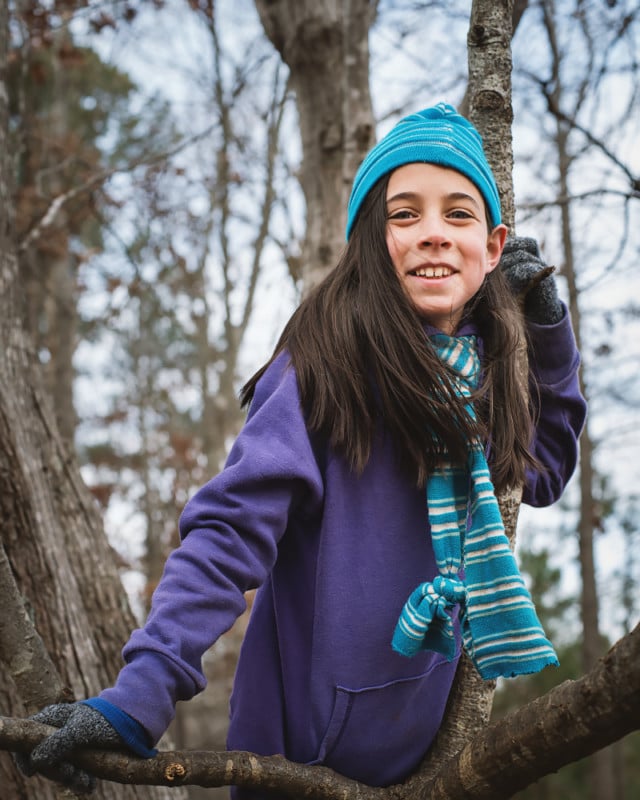 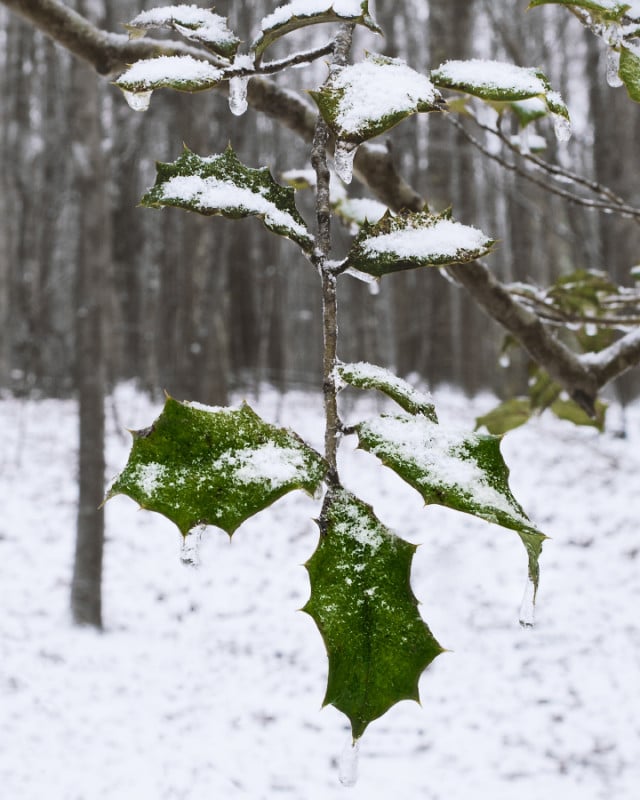 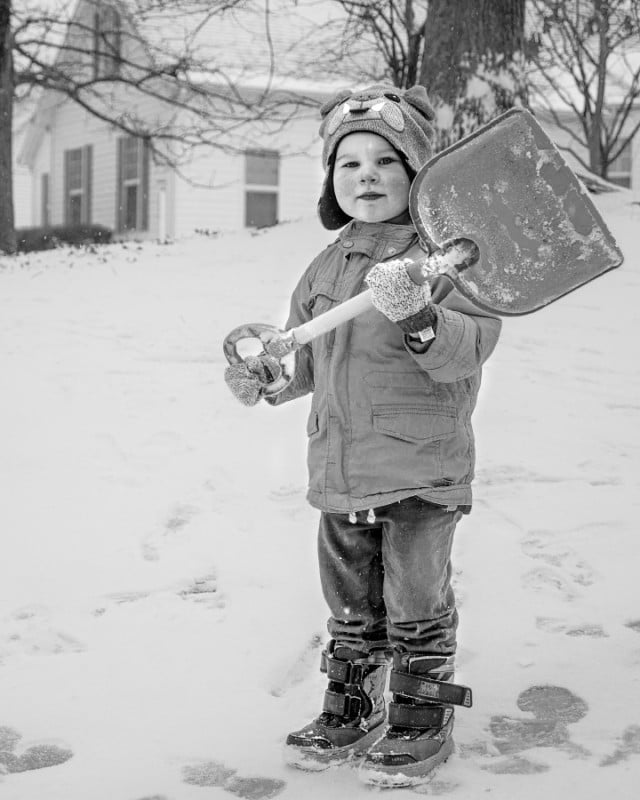 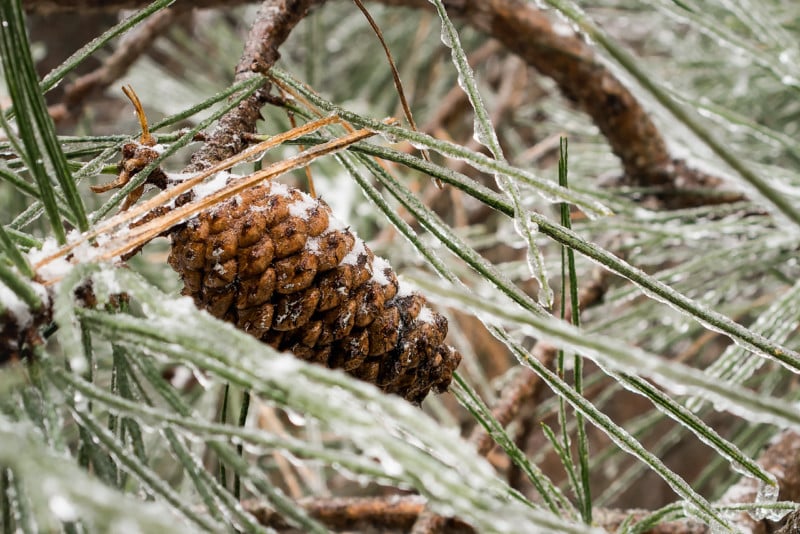 One of my youngins became too cold to play in the snow any longer but she didn’t want to go inside either. It doesn’t snow very much here in North Carolina, so when it does, the kids are all too excited to stay outside even after they’ve turned into miserable little popsicles.

And there is Elsa (from Disney’s Frozen) on the front of her jacket mocking her in song that the “cold never bothered me anyway.” Gotta love the irony. “No, sweetie, Daddy’s not laughing at your misery.” 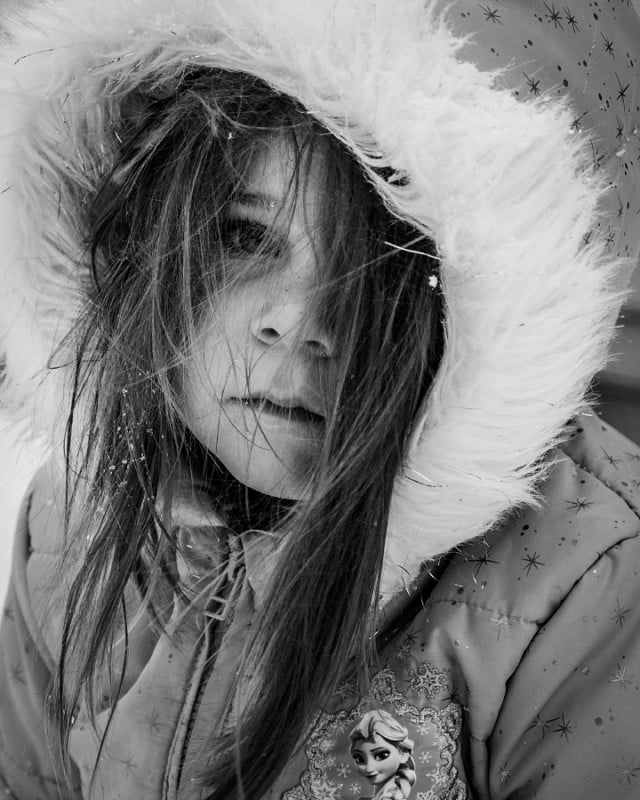 I think it is safe to say that this old, Wide-Angle Zoom deserves a round of applause and recognition for defying the era in which it was born.

It is an exceptional lens that even under the unforgiving resolving power of the A7RII’s 42MP FF sensor it was able to produce edge-to-edge sharpness even wide open, excellent contrast, good color, low distortion, and smooth bokeh. Given that it is able to achieve all of that within the confines of such a tiny, robust, all-metal, lightweight package, I don’t feel I’m over-stepping here to call this lens a proper gem. I put it up there with my Minolta.

The only minor complaint I have is it’s minimum focus distance of about 2 feet. That aside, I give this my full-on recommendation for anyone looking for a great wide-angle zoom that can squarely rival modern lenses for WAY less money.

Final note: I did snap this thing onto my NEX-5T (APS-C) to see how it did on the smaller sensor body. The equivalent 42-72mm focal length was very natural feeling and the way this tiny lens balances with the small-frame camera, it felt like it was made for it.

Snapchat Calls Out Instagram, Admits Company ‘May Never Be Profitable’