To the uninitiated, landscape photography might seem like a pretty swell gig. You imagine traveling to incredible vista after incredible vista, reconnecting with nature, and feeling one with your surroundings. But that, as Thomas Heaton painfully illustrates, is rarely the case.

Heaton has been making quite the name for himself in the photo community thanks in large part to his vlog, through which he offers a raw, unpolished look at a day in the life of a landscape photographer.

His latest episode—titled, a bit melodramatically, “The UGLY side of Landscape Photography”—is particularly brutal in its honesty. A full day spent battling crappy weather, hiking many miles in search of a decent image, and then almost coming up short in the 11th hour when things finally cleared up because of a silly amateurish mistake. 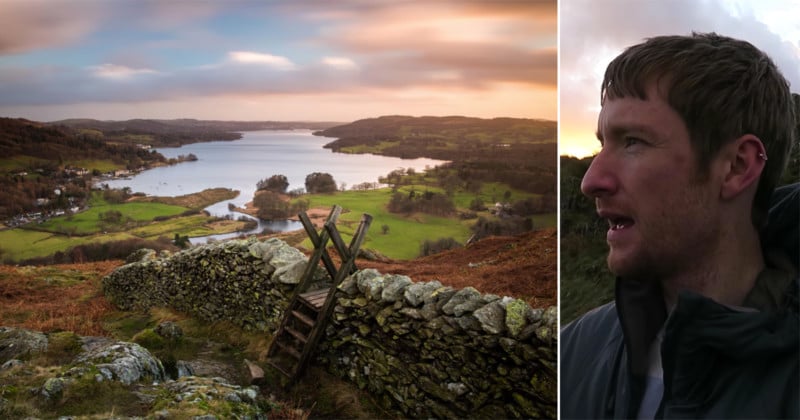 Of course, Heaton—as is his wont—does not come up short. Despite (SPOILER ALERT) forgetting his spare battery miles away in his car and having to warm his dead battery up in his armpit to squeeze a couple of measly exposures out of it, he walks away with a beautiful postcard of a photograph.

But the point of the video is that he might have walked away empty handed. He might have spent an entire day battling forces outside of his control, only to fail at the last minute because of a stupid mistake, and that’s okay. That’s the day-in day-out reality of being a professional landscape photographer; the exalted moments of natural oneness and creative bliss are the exception.

Check out the video up top for a surprisingly inspirational dose of reality, and if you like what you see, consider subscribing to Heaton’s channel. There’s plenty more “real talk” where this video came from.

Canon Granted More Patents in 2016 than Google, Microsoft, and Apple