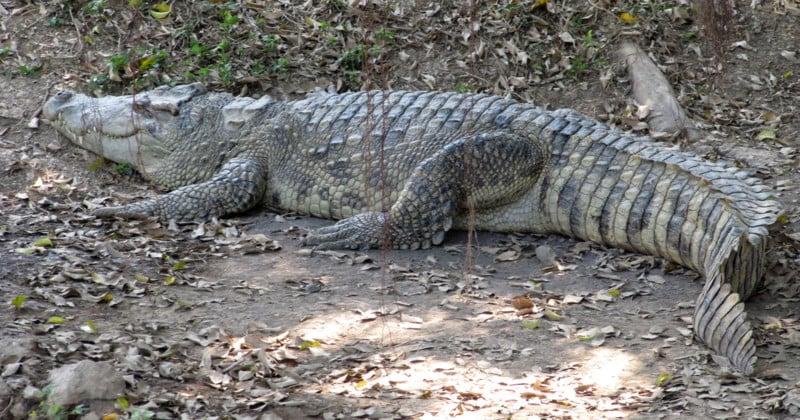 Here’s a solid photo tip: never take a picture that involves someone squatting right next to a wild crocodile. A French woman was injured in Thailand yesterday after she tried to pose for a snapshot next to a large croc.


The Bangkok Post reports that 41-year-old Benetulier Lesuffleur was walking a nature trail in Thailand’s Khao Yai National Park yesterday when she and her husband noticed a roughly 7-foot-long crocodile lurking in the waters near a waterfall.

With her husband holding their camera, Lesuffleur strolled up to the crocodile and squatted next to it for a photo to share with family and friends.

As she was standing back up after the photo, she tipped to the side and the crocodile attacked, biting her right leg and causing a gash 10 inches long and 2 inches deep near the knee. Lesuffleur is now recovering from her injuries in a Thai hospital.

Park officials say there haven’t been any incidents with this crocodile before, and that the woman was attacked because she ignored clear “Beware of Crocodile” signs in order to get the perfect vacation photo.

P.S. Back in 2013, we shared this crazy video of a photographer getting way too close to a crocodile and narrowly avoiding its jaws.

Image credits: Header photo by giuseppe portale and licensed under CC BY 2.0