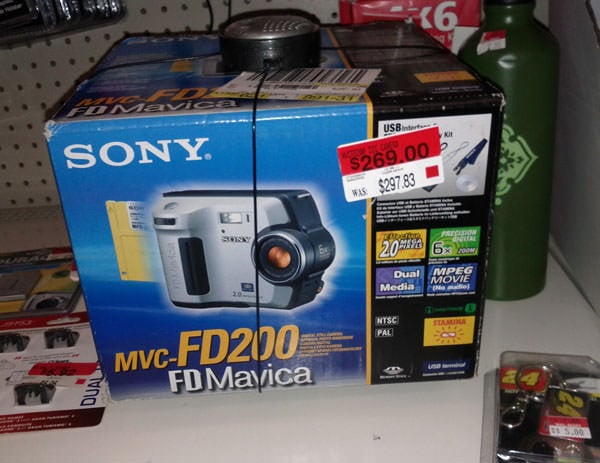 Wal-Mart stores have so many items that occasionally an outdated one will remain on the shelves for years after they’re no longer relevant. Case in point: the Sony MVC-FD200 Mavica digital camera. The one above was recently found at a Wal-Mart in Illinois. The camera first hit the shelf back in 2002 and has remained there ever since. It featured a state-of-the-art 2-megapixel sensor and allowed photographers the convenience of storing digital photos on 1.44 MB floppy disks (remember those?). If you think Wal-Mart’s trying to rip you off, consider this: the lowest price for this camera on Amazon is nearly $1000.

(via The Consumerist via Gizmodo)