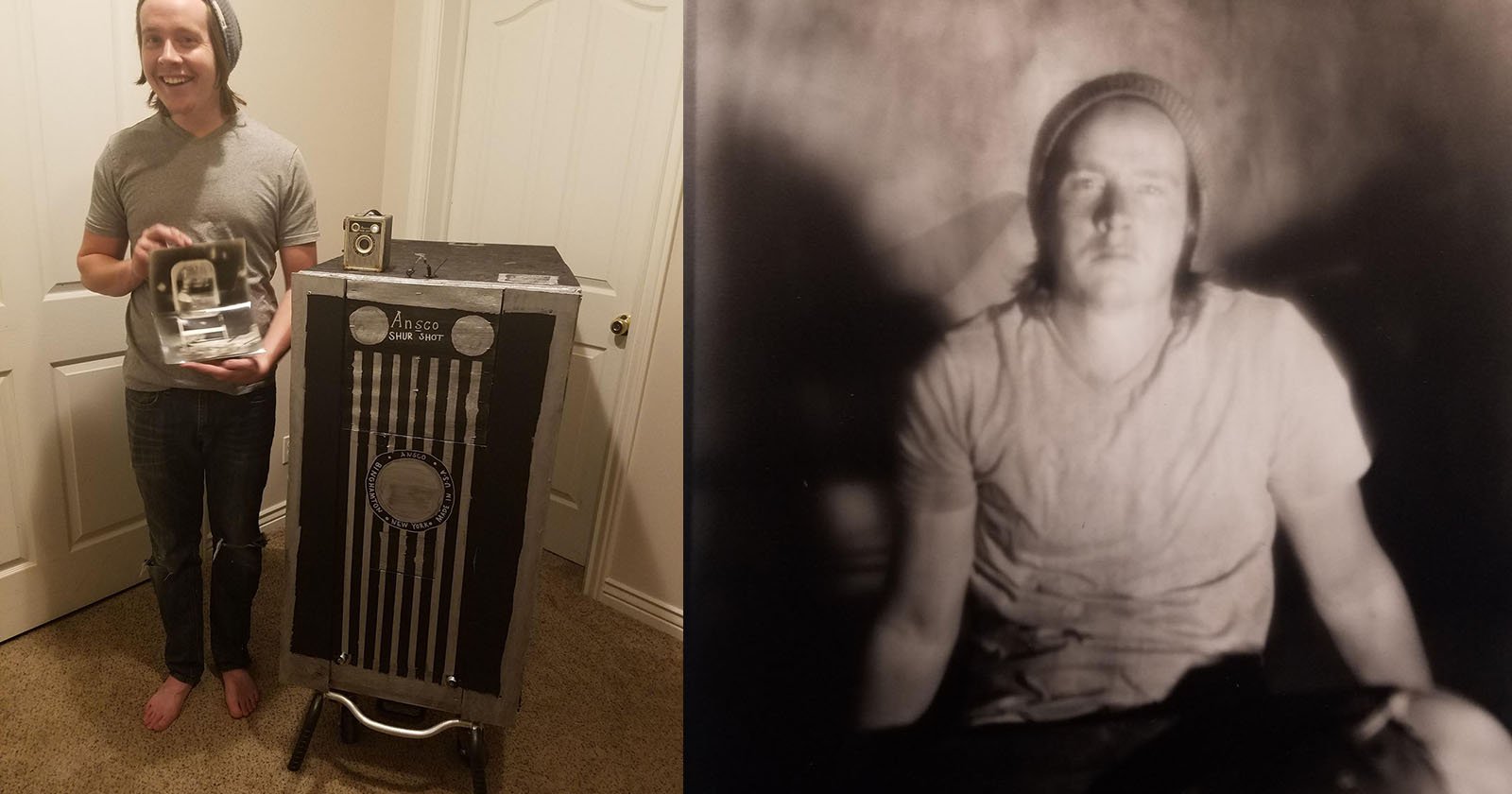 Haslam started by building a wooden box that’s big enough for him to kneel inside. For the lens and film plane of the camera, Haslam bought a $5 school overhead projector, removed the bottom, and stuck the remaining section into his box. 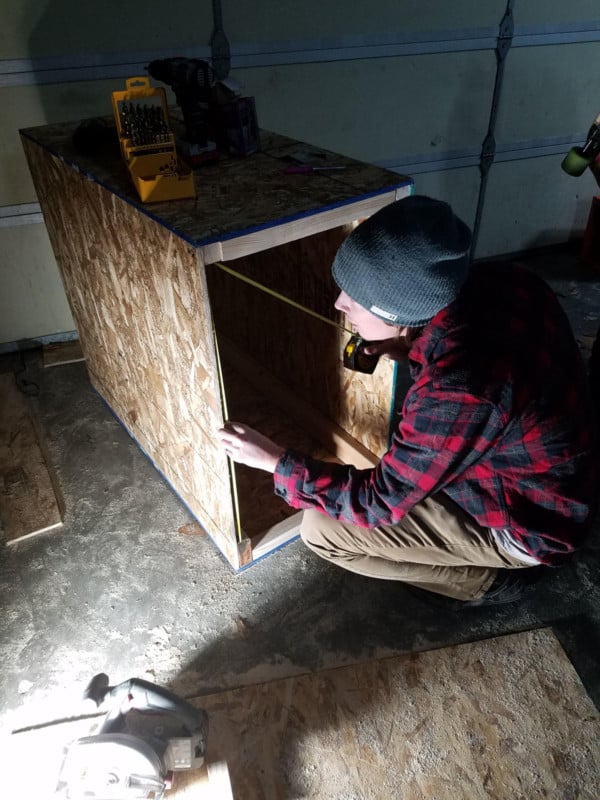 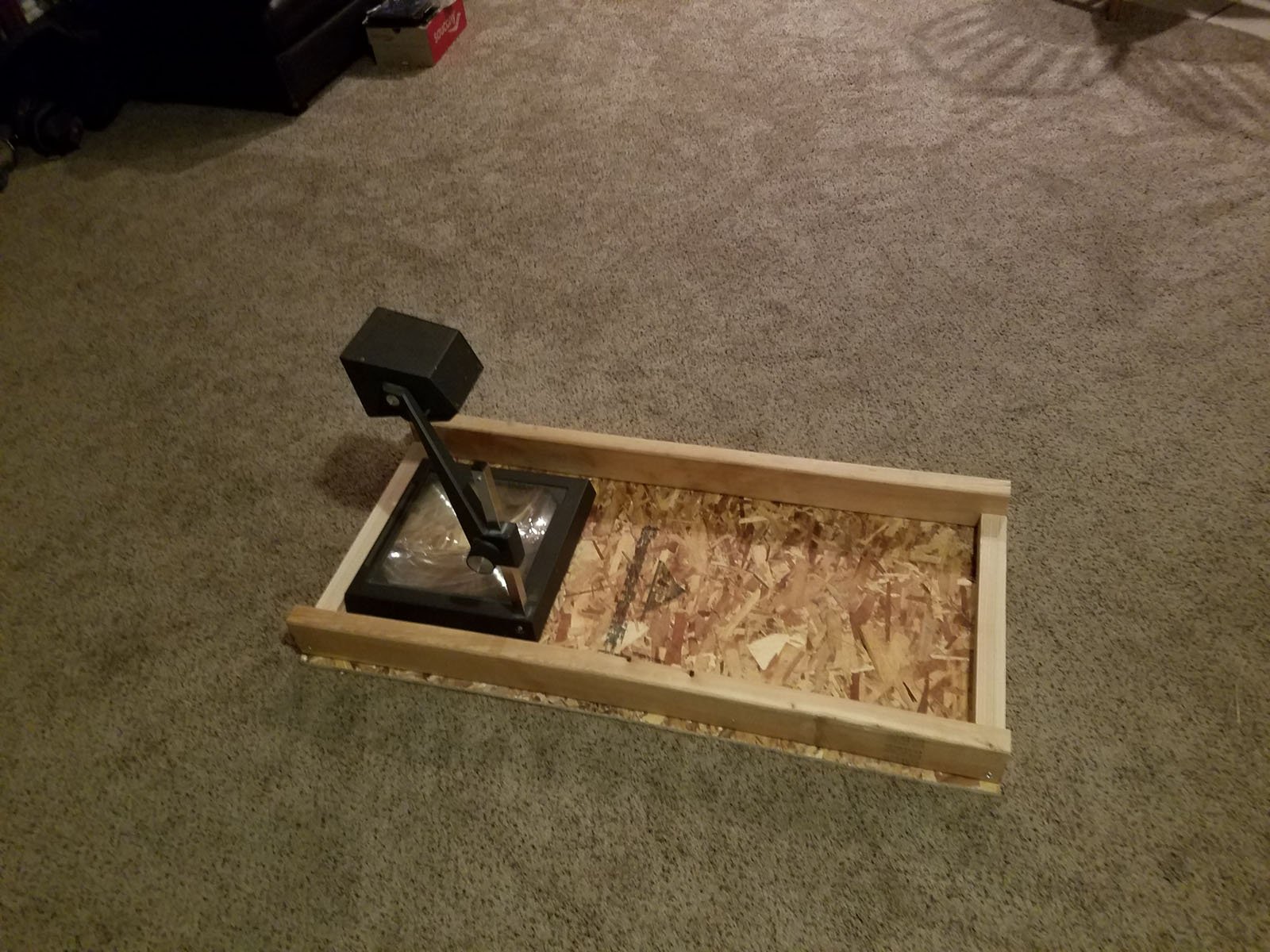 Bellows were fashioned out of the plastic bags that ship with silver gelatin photo paper. Haslam stapled the bellows to the wood. 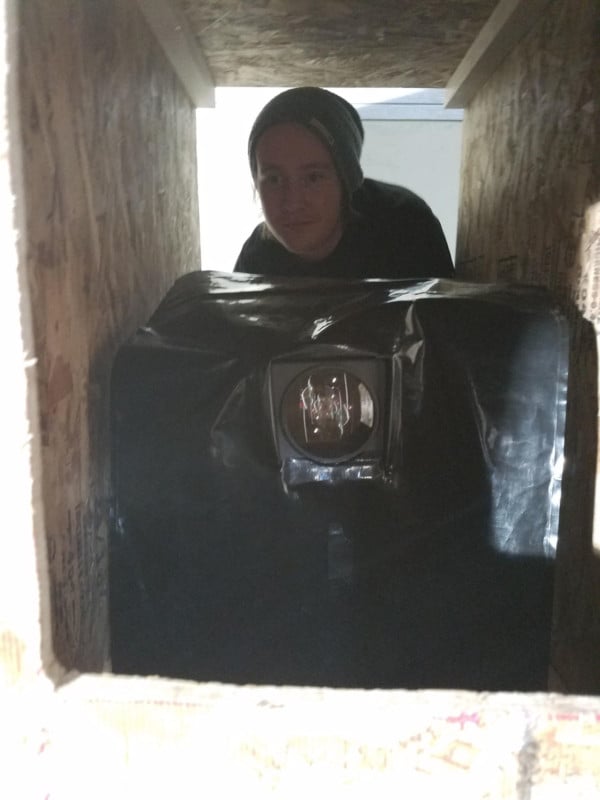 For the shutter, Haslam cut a square hole in a sheet of aluminum. By dropping the hole across the hole in the front of the camera, the shutter scans the frame during an exposure.

Once the camera’s functionality was finished, Haslam added veneers and decorated the giant camera to look like a vintage Ansco Shur Shot camera. 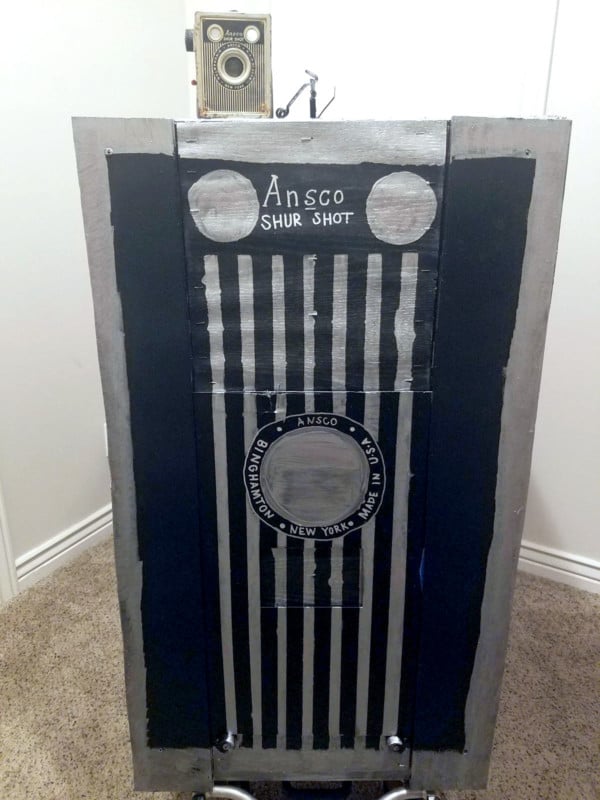 For his X-ray film, Haslam was given a pack of Kodak Dental film from a local dentists office. The film had expired two decades ago, but it’s still perfectly usable for this photo project.

“I decided I wanted to build my own 8×10 because I couldn’t afford the one down the street at the antique shop,” Haslam tells PetaPixel. “And after a small bit of research, I found out that X-Ray film is quite cheap and can be developed in Dektol (the common darkroom stuff).” 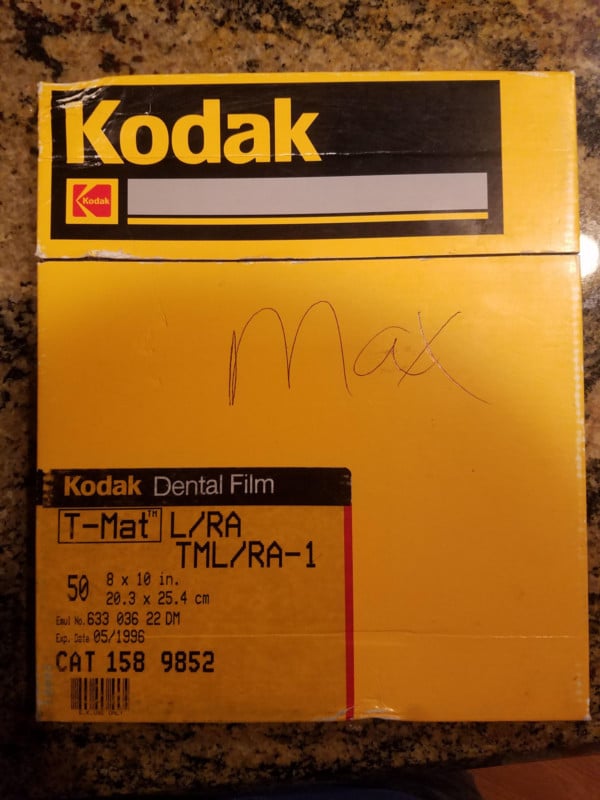 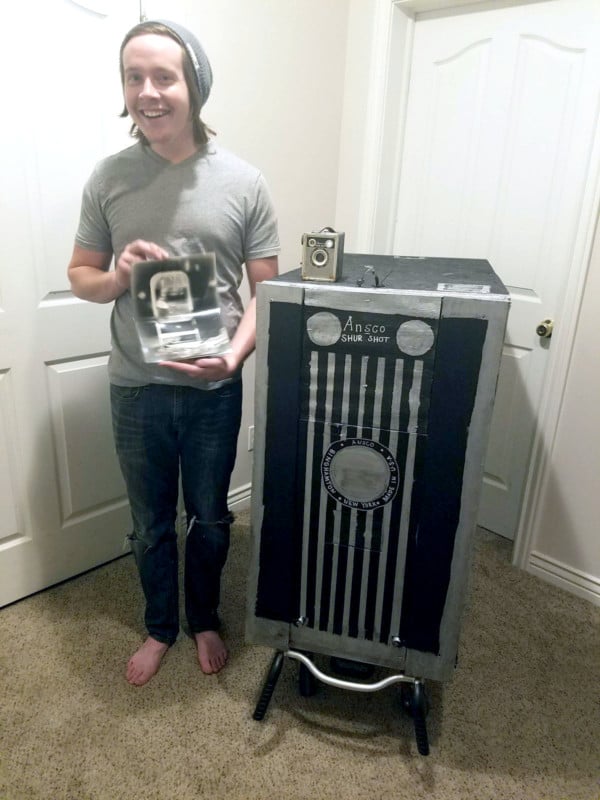 To use the camera, Haslam climbs into the camera and uses a sleeping bag behind him to block light from entering through the back. He then sets up the shot and pulls the shutter using a wire and a hook. Here’s a short look at the camera in action:

Finally, here are a few contact prints Haslam has made using the X-Ray film so far: 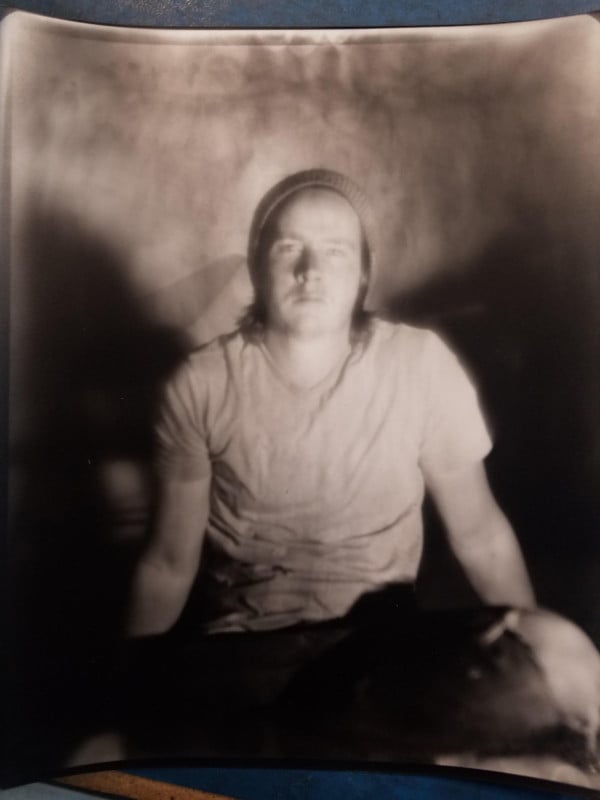 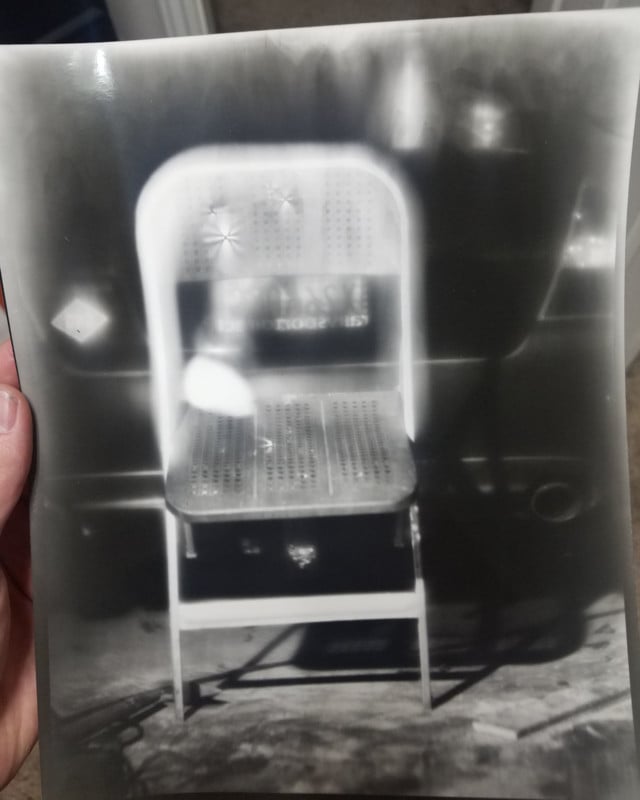 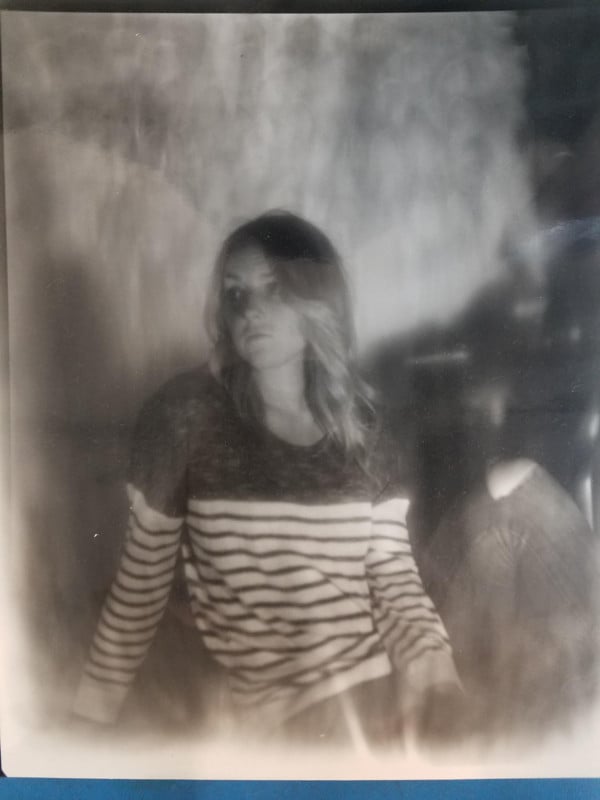 You can follow along with Haslam’s work with his new camera over on his Instagram. Last year, we featured Haslam’s hobby of upgrading vintage cameras with beautiful wood veneers.

How to Add Warmth Back to Skin with Photoshop