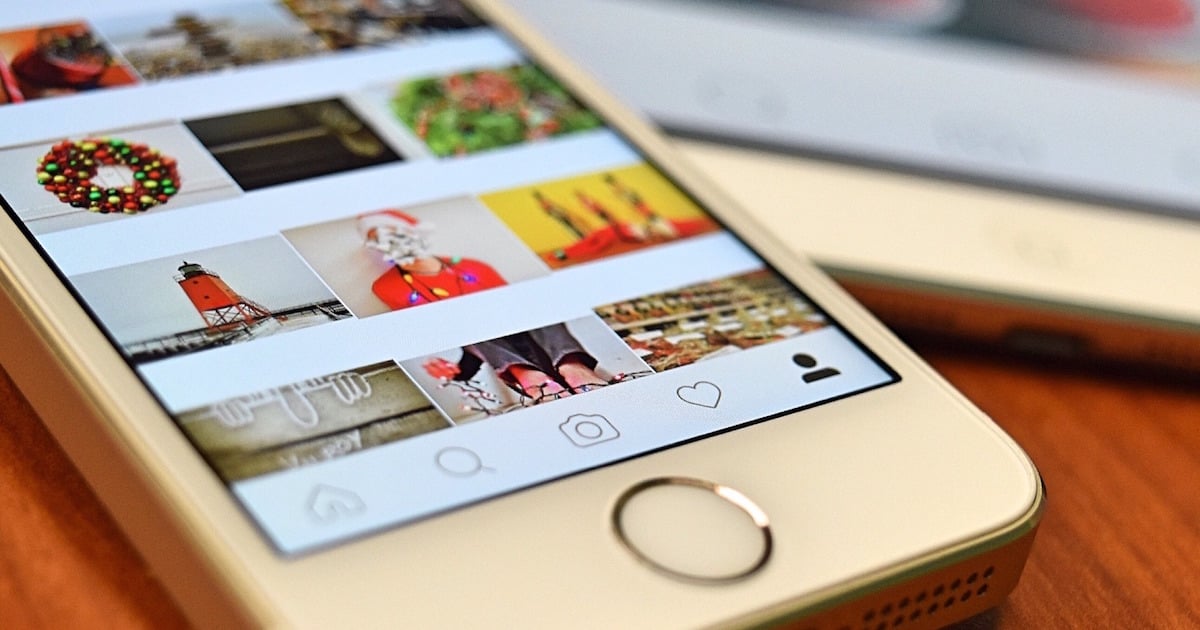 Facebook began cleaning up Instagram in early July, letting business users auto-filter comments based on a list of offensive and spammy words. IG admitted they were working on more robust comment moderation, but at that time, these features were limited to “high-volume” accounts; if you weren’t one of the “Taylor Swift”s of the world, you were stuck blocking the trolls one by one.

Well, not anymore. Today, Instagram CEO and CoFounder Kevin Systrom announced two new comment features, and a few other updates. Let’s take them one by one. 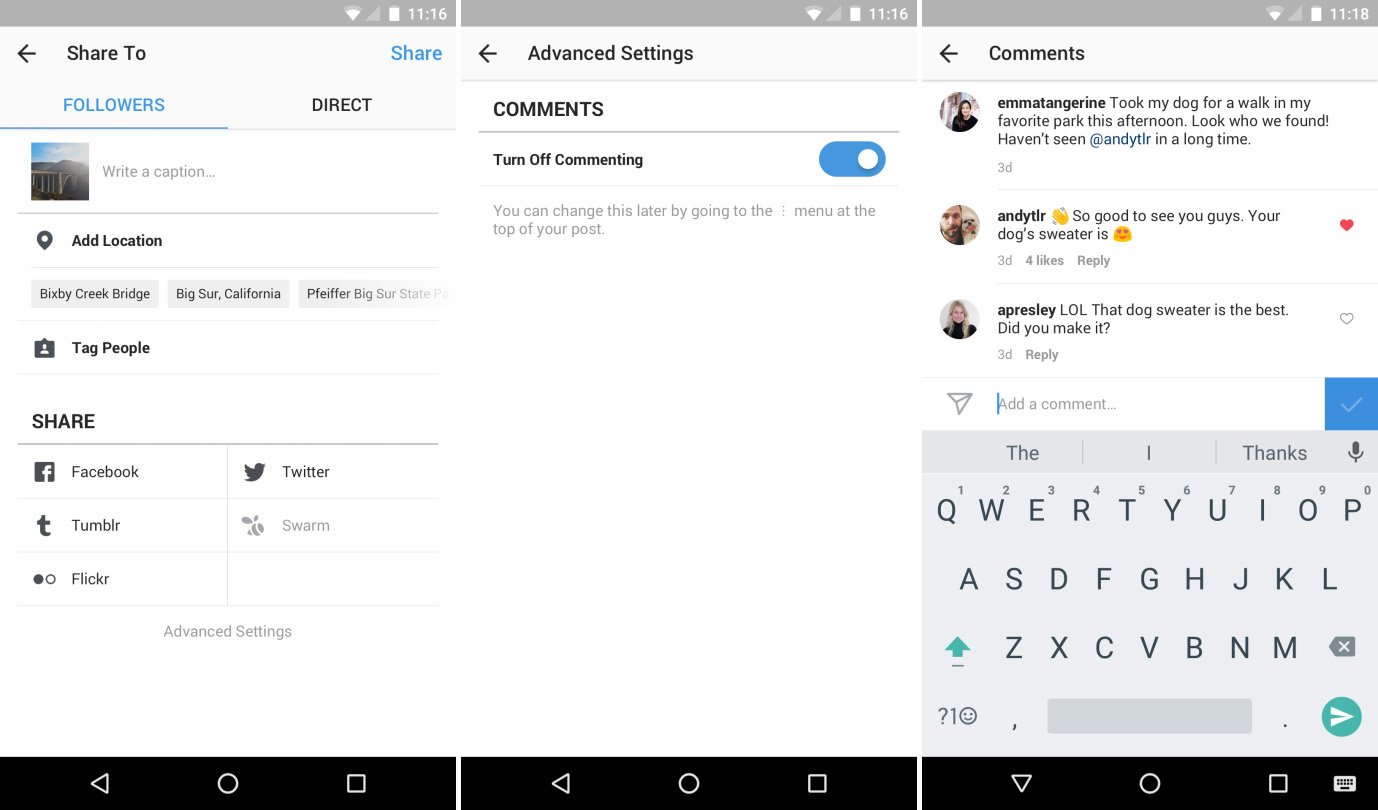 Comments are the main place where online abuse takes place. In order to encourage positive conversation in the comments, IG is now allowing you to “heart” comments that you like. And if you don’t like comments at all, IG will let you disable comments post-by-post by clicking on “Advanced Settings” before you post and flipping the switch on “Turn Off Commenting.”

Thus far, this is a photo-by-photo feature only—you can’t disable comments on your whole account in one fell tap … yet. And if you change your mind, you can reverse your decision at any time by tapping on the “…” above the photo and turning comments back on.

If your account is private, you already have to approve every follow “Request.” Until today, the only way to reverse that decision later was to officially “block” an account you no longer wanted as a follower.

Now, Instagram is letting you simply force the offending account to unfollow you. The person won’t get any sort of notification, so they’ll be none the wiser, and you can continue to follow and interact with their account if you so choose.

Removing a follower is as simple as tapping the “…” menu next to any of your followers’ names. 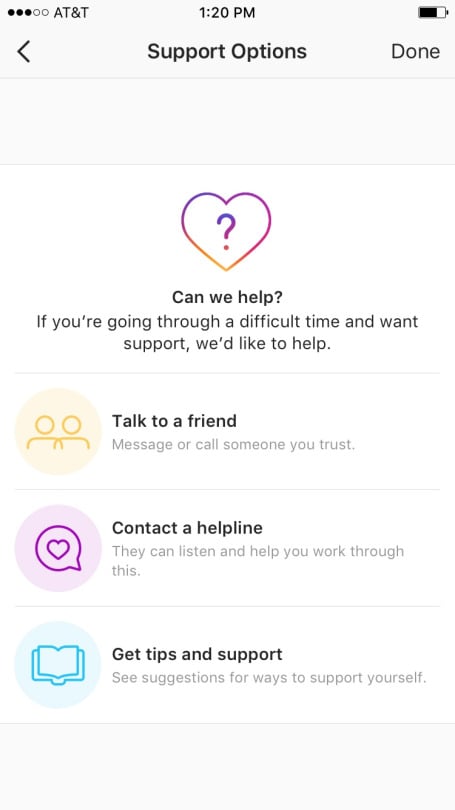 Finally, the last feature officially announced today is one we already told you about in October: suicide prevention.

“From time to time, you may see friends struggling and in need of support,” writes Systrom. “If you believe that someone you care about may be thinking about injuring themselves, you can report it anonymously, and we will connect your friend to organizations that offer help.” 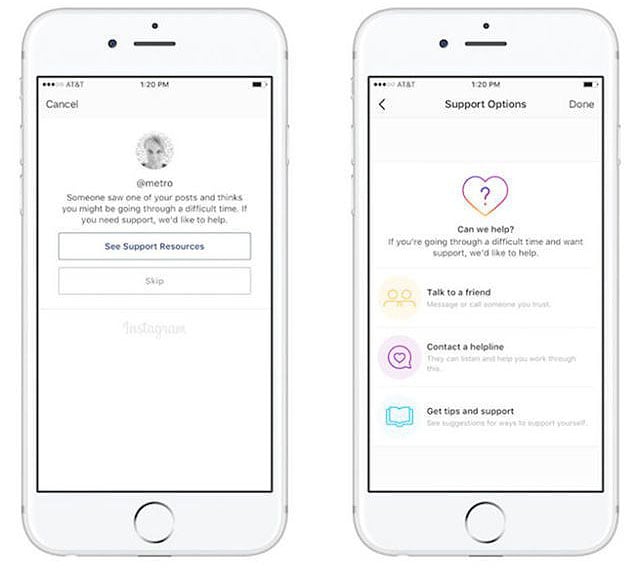 This feature allows you to anonymously report a post, triggering the notification above that offers your troubled friend some helpful resources. “We have teams working 24 hours a day, seven days a week, around the world to review these reports,” writes Systrom.

All of these features are starting to roll out today, and should be out to everyone “in the coming weeks.” To learn more about today’s announcement, click here.