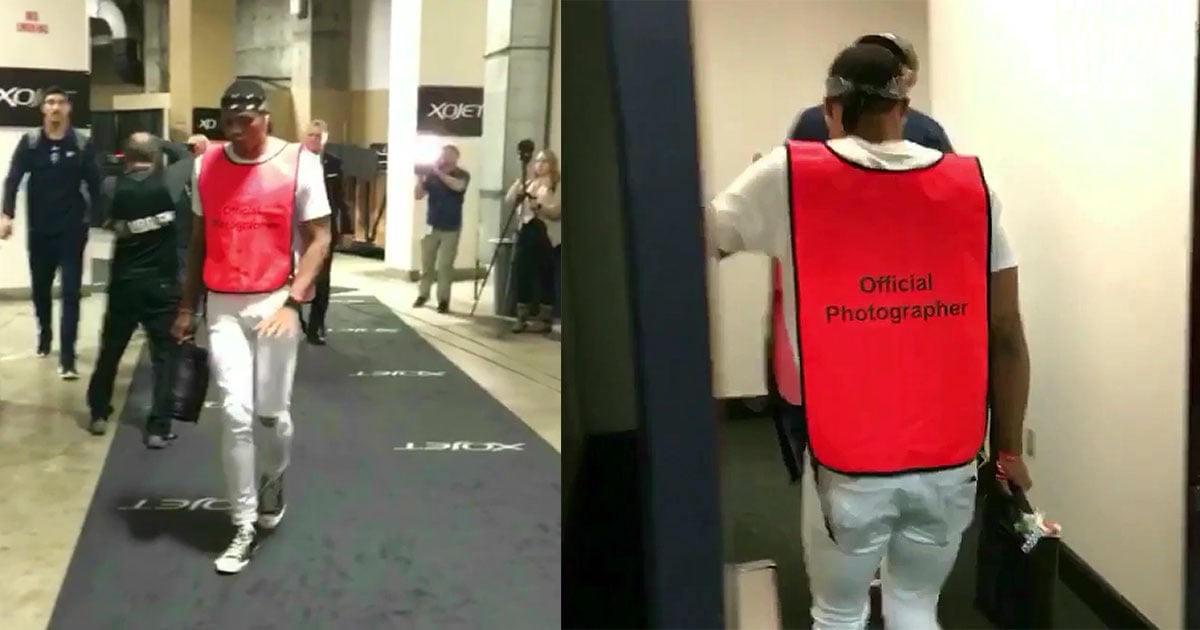 Before the NBA basketball game between the Oklahoma City Thunder and the Golden State Warriors on Thursday, Thunder star Russell Westbrook showed up at the arena in style… wearing a bright orange press photographer vest.

The vest, which was the centerpiece of Westbrook’s fashion statement, had words “Official Photographer” across the front and back.

Pundits immediately began to speculate as to whether Westbrook wore the vest to take a shot at his former teammate Kevin Durant, a passionate photography enthusiast who worked as a sideline photographer during Super Bowl 50.

Russell Westbrook has arrived. (Of note: One of Kevin Durant's hobbies is photography): pic.twitter.com/Tvus1gnxx4

When asked by reporters in the locker room, Westbrook denied it, saying that he wore the vest simply because he thought it would make a great outfit.

Russell Westbrook on why he wore his photographer outfit: "There's no particular reason. There's no story behind it." pic.twitter.com/ND8Z434LW0

“I got that when I was in Madrid,” Westbrook said. “Saw the photographers walking around with the thing on […] and I thought it was a great fashion idea, something for the collection.”