Only a month and a half after Instagram got rid of its photo maps, an iOS app calling itself the “Instagram for maps” is generating some buzz. It’s called Streetography, and it offers you a refreshing new way to explore the world … in pictures, of course!

Forget everything you knew about geotagging apps—there are no pins here, no big map interface with stacks of photos on specific locations, none of that. Instead, the whole world turns into a photo mosaic when viewed through Streetography. 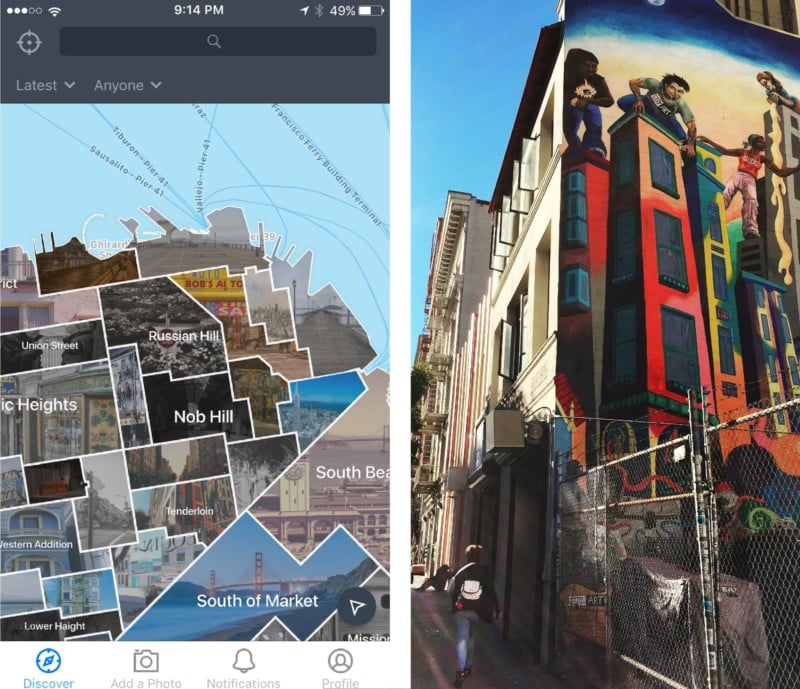 Their tagline is that “using Streetography is just like being there,” and while that might not be entirely true, the app does feel like a travel guide for the photo obsessed. It’s fed primarily by photos from 500px for now, but the app is hoping to grow its own user base and inspire more and more photographers to document their neighborhoods, cities, and countries so others can experience them through Streetography.

And if you, yourself are a photographer, the app serves double duty. Not only does it show your work to people looking for photos of that specific location, it can also serve as a great location scouting app if you’re trying determine where the best (or even the most under-photographed) locations of a city might be. 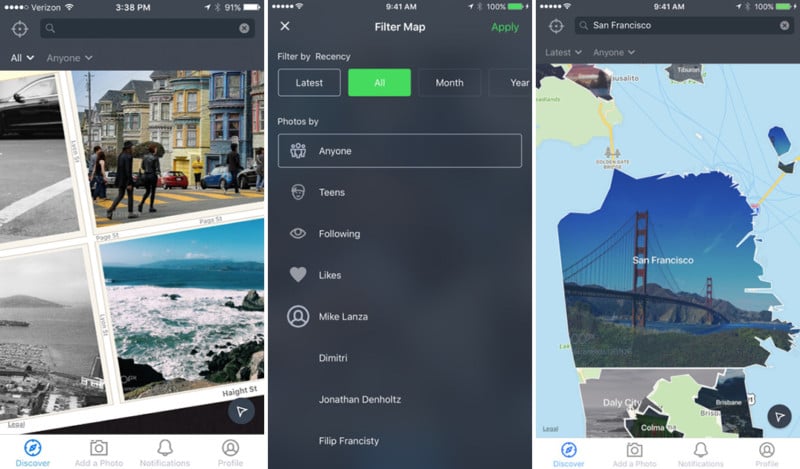 The idea is that exploring a place in photos will help you better understand, connect with, or maybe research that location. To that end, the app offers a bunch of different filtering options. You can filter based on the photographer (age group, only people you’re following, etc.), date taken, only see photos you’ve liked, and more. You can also favorite locations and photographers to revisit later.

In other words, there’s a ton of interesting functionality built into Streetography, more than any “map” feature in another app or program we’ve ever seen. We’re just curious to find out if people take to exploring (and documenting) their cities and neighborhoods in this way.

To find out more about this free app or download it for yourself, head over to the iTunes app store.