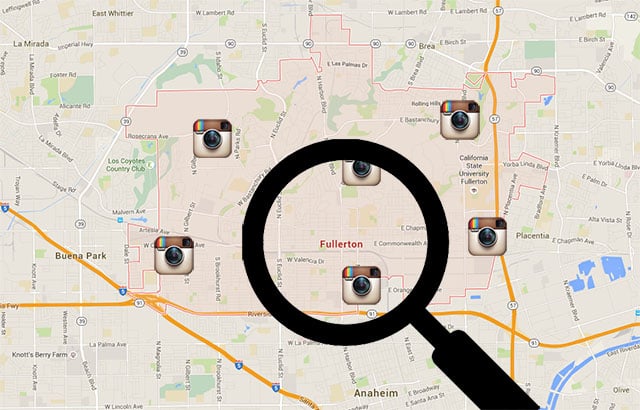 Wary of sharing location data in photos? Get this: a burglary suspect arrested last week is accused of using geotagged photos from Instagram and Facebook to find female college students, break into their homes, and steal their underwear.

The Fullerton, California, police department announced yesterday that 44-year-old Arturo Galvan is believed to be behind 6 burglaries with 24 victims dating back to October 2015.

Police say Galvan found women online, searched their through public photos, obtained GPS coordinates from the geotagged files, plotted the coordinates on a map, and used that location data to pinpoint where the women lived. Galvan then broke into the residences, often while the women were home, and stole their panties and bras (and often some valuables as well).

Galvan was arrested last Thursday after a 3-hour manhunt in a Fullerton neighborhood. He posted bail of $200,000 and faces charges of burglary, receiving stolen property, and peeping and prowling.

The Fullerton PD says this is a cautionary tale about photo sharing, and is warning the public to check the privacy and location data on the photos they post online. “Make sure to check your social media and app settings often and every time you install an update as the settings tend to revert without notice,” warns Fullerton PD Sgt. Kathryn Hamel.

Here’s a quick guide on how you can scrub location data from photos on both Windows and Mac.

These Photos Show Jupiter From ‘Above’ and ‘Below’