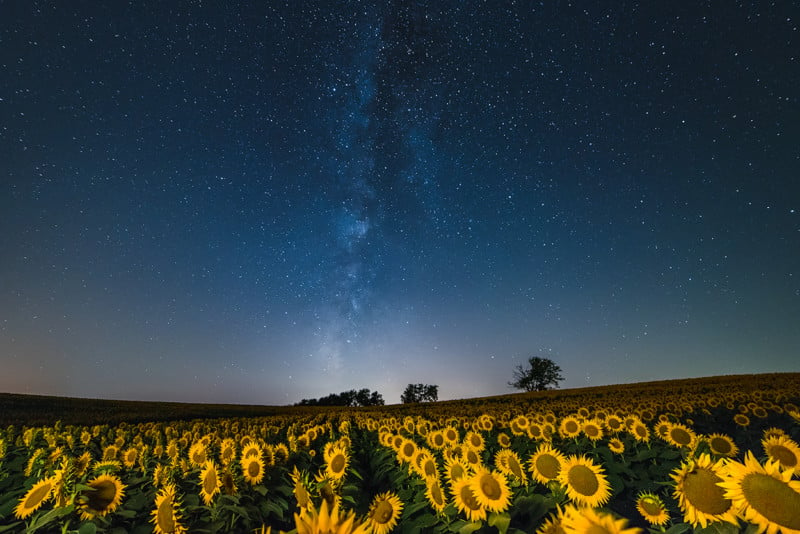 I have known about these sunflower fields for several years, but seeing as the flowers only bloom for about two weeks, between work and travel I have never had the opportunity to go and photograph them.

After the birth of our first child at the beginning of the year, being a freelancer, my wife and I decided I would  go the stay at home dad route. Considering that, I knew this year I wouldn’t be able to travel much and if I did, it would have to be close to home… so I figured this was the year I would finally have my chance to shoot the sunflower fields.

While I had seen a lot of great shots of the fields during the daytime and at sunset, I was wanting something a bit more unique. I had never seen them photographed at night, and I immediately imagined vast field of sunflowers shining under the Milky Way. 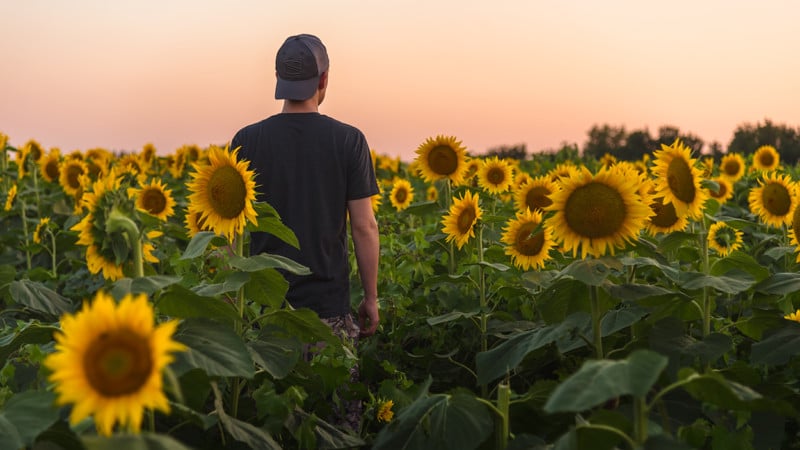 These fields are located on Grinter farms, near Lawrence Kansas. The spot is about an hour from my home, and it’s free and open to the public.

I began my research on Google Earth to get an idea of the location and lay of the land. Then, using the Photographers Ephemeris and the PlanIt apps, I was able to determine where in the sky the Milky Way would be located in relation to the fields, and which days the (almost full) moon would be below the horizon to provide the darkest skies and clearest shot of the galaxy.

Using these tools, I found I would only have a 5 day window around the time the flowers were *supposed* to bloom to achieve the shot I wanted. 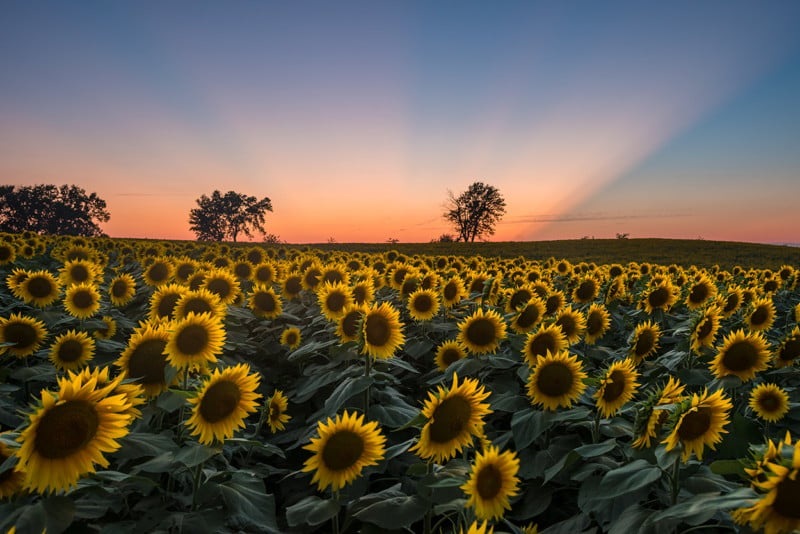 In the weeks leading up to the shot, I closely monitored the farm’s Facebook page to get updated on the progress of the flowers, which luckily looked to be lining up perfectly to achieve the shot. Once I realized the flowers would be blooming at the perfect time, I started keeping a close eye on the weather forecast desperately hoping for clear, calm nights.

Three of the nights showed clear skies before storms were to move in, and one in particular showed almost no wind. It was looking like it was all coming together, I had the night set and was ready to execute the shot.

I arrived at the fields about an hour before sunset so I could finally get a view of the landscape in person, and to snag a few sunset shots as well while I was there. After grabbing a few sunset pics and determining where to position myself for the shot, I just had to sit back and wait for the sky to darken and the milky way to move into position.

Once it was fully dark, around 10:30, I put on my head lamp (and full rain gear because I hate mosquitoes/ticks/spiders) and made my way out into the fields. I set up my camera and tripod, and while there was more light pollution on the horizon from the city light of Lawrence than I would have liked, the Milky Way was clearly visible–I knew I was going to get the shot I had hoped for. 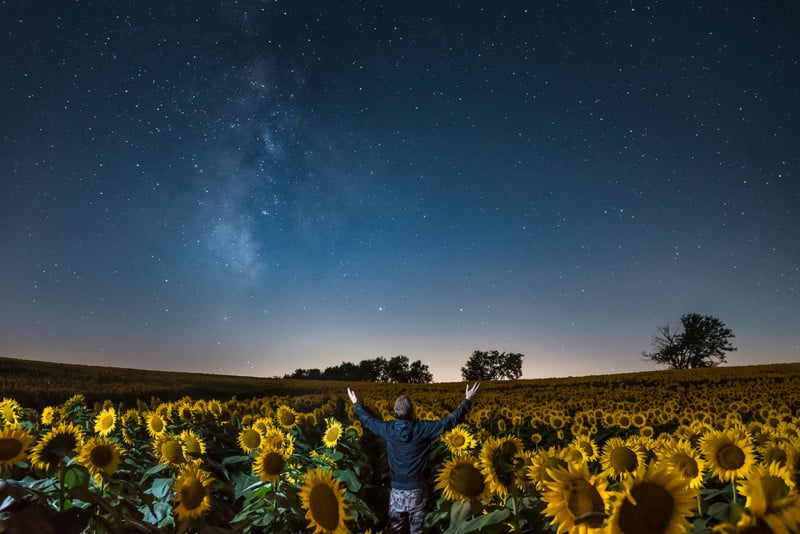 For the wide view, it was a single shot, briefly waving around a small LED light panel during the 20-second exposure to light and emphasize the foreground flowers. For some tighter shots of the flowers, I used the screen of my phone to light them, and took two exposures to focus stack (one focused on the flowers, one on the stars). 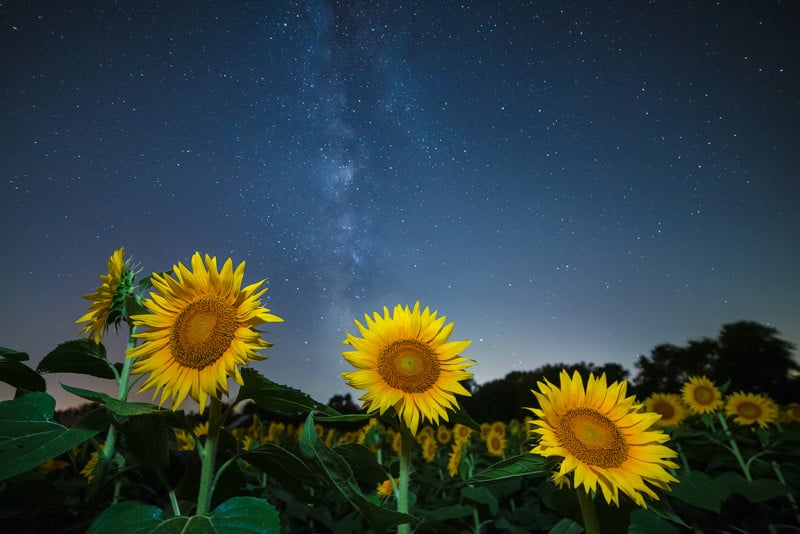 The image went through basic processing for tone/contrast/saturation in Lightroom, using the radial filter tool to help minimize the light pollution in the sky and to bring out the detail in the Milky Way. Additionally, the focus stacked images were combined in Photoshop.

This was one of the few times I was able to exactly recreate the vision I had in my mind, and I couldn’t be happier with the result.

About the author: Ryan Heffron is an award winning freelance photographer specializing in wedding photography, with a passion for nature and landscape photography. You can see the full gallery of his sunflower photo shoot on his website, and follow his adventures on Instagram and Facebook.

No Excuses: This Starlapse Was Shot in a Light Polluted Area with Cheap Gear