Syrian photographer, journalist, and activist Shamel Al-Ahmad knew well the risk he was taking staying in Aleppo, documenting the atrocities being perpetrated on his city. He says as much in this, his last letter, published by Humans of Aleppo after Al-Ahmad was killed.

The letter is making the rounds online, a gutwrenching reminder of the uncertainty, fear, and danger photographers like Al-Ahmad face on a daily basis, and the dedication that keeps them in the country they could (and, perhaps, should) have fled long ago.

“My name is Shamel Al-Ahmad. I am 35 years old married and have two children,” begins the letter. “My life changed when I saw a video of the Syrian regime’s security forces while they were humiliating my people and treading on their heads in Bayda, Banias.”

From that moment on, he chose to dedicated his talents to shedding light on atrocity in the hopes that the world would notice. Unfortunately, he writes, those hopes have been for naught. Still, he couldn’t bring himself to leave Aleppo.

“Despite all the reasons, which increase every day and push me to leave, I am the kind of person who can’t survive away from their streets,” writes Al-Ahmad. “Aleppo is part of me, I can’t leave it alone. I feel sorry that Aleppo is facing all this horror, but I can still breathe its freedom.”

Sad, at times depressed, but always determined, Al-Ahmad stayed on. “It’s not easy to stay in Syria anymore, since nobody knows how their complicated story is going to end,” he writes at the end of his letter. “But there is still hope to continue the fight.”

After he passed away on September 2nd, a victim of the same bombing that took his wife’s life just a few days before, hundreds attended his funeral march and tributes have been popping up all over social media. Tragically, Al-Ahmad’s death seems to be attracting more attention to his cause than his photography. 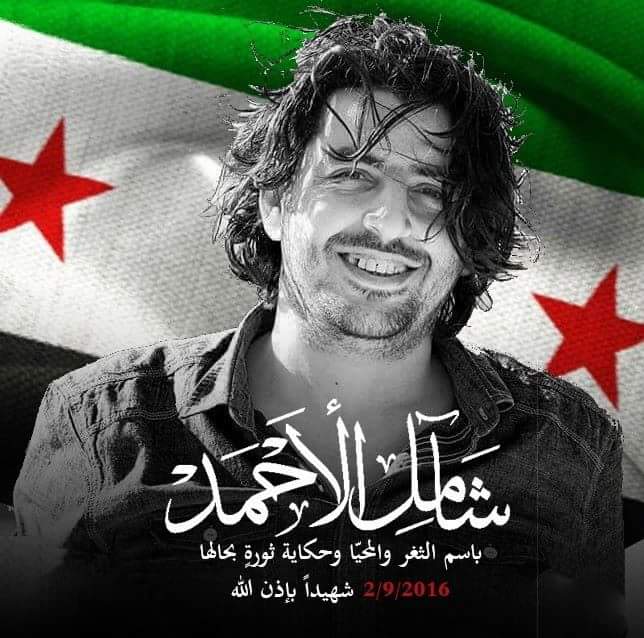